Research shows that Pallinghurst Resources Ltd, the private equity firm started up by the former boss of BHP Billiton Brain Gilbertson, has palmed off Fabergé by selling it for $142 million in shares to its own London AIM listed gemstone miner Gemfields plc (LON: GEM). This when Faberge had already clocked a $58 million loss […] 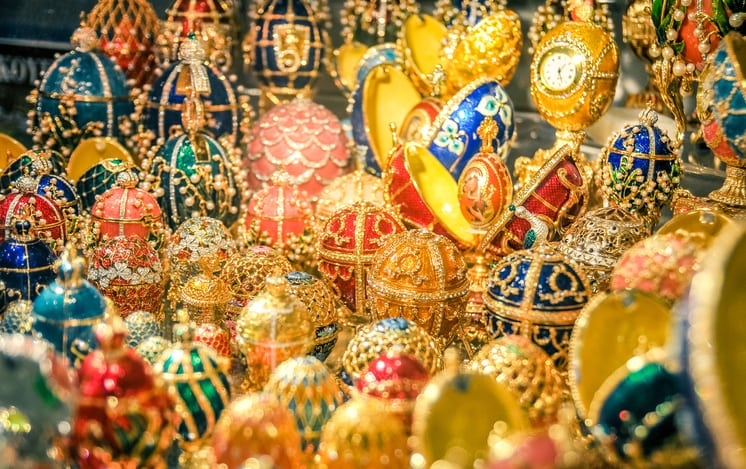 Research shows that Pallinghurst Resources Ltd, the private equity firm started up by the former boss of BHP Billiton Brain Gilbertson, has palmed off Fabergé by selling it for $142 million in shares to its own London AIM listed gemstone miner Gemfields plc (LON: GEM). This when Faberge had already clocked a $58 million loss over 4 years from 2009 to 2012, thus severely hurting minority public shareholder interests.

Palinghurst, listed on the Johannesburg Stock Exchange, is the investment vehicle set up and run by Brian Gilbertson, the savvy South African who master-minded the creation of the world’s largest mining company by merging South Africa’s Billiton, which he ran, with Australia’s BHP in 2001. Anointed CEO of the enlarged BHP Billiton, but ever yearning for more corporate deals and a tendency to play his cards too close to his chest led to an alleged falling out with his board and ultimately his ousting from the role less than two years later.

Here’s how the Fabergé deal unfolded. Pallinghurst bought the Faberge brand in 2007 for US$38 million from Unilever, which had focussed Fabergé mainly on perfumes. Pallinghurst, more interested in mining, intended to relaunch Fabergé as a luxury jewellery maker, using gemstones sourced from its other investments. But unfortunately the high-end jewellery maker never turned a profit under Pallinghurt’s management.

Gemfields, which mainly mines emeralds and rubies, was seemingly lulled into the mistaken belief of much upside in the misperception of a “mine to mistress” approach, meaning stones can go directly from the ground to jewellery- something that has turned out to be far from the truth.

Fabergé under Gemfields ownership continues to bleed cash. From the time of the purchase in 2013 to the end of 2016, Fabergé has lost a further $58 million according to publically available financial information.

The value of company is usually calculated by applying a multiple to the share price-earnings ratio. Yet in the four years since the purchase, it has had an average operating loss each year of $12.4 million. Under Pallinghurst’s direct control, inventory built up from $15.5 million to $34.2 million, suggesting the stock was not selling. There have been rumours last year that Gemfields in turn was looking for a buyer to offload the beleaguered jewellery maker on to. So far without success.

The stock market may now be onto this business misadventure. Gemfields’ (LON:GEM) share price has shrunk by 22% since early October last year and is trending down. It has underperformed the S&P500 market index by 32.7%.

Also there are some very disgruntled minority shareholders in Gemfields, who feel like they’ve been treated shabbily and unfairly carried the burden of the debt. Pallinghurst is the only entity that comes out of this – so far – with few consequences. The whole saga appears to be a gem of corporate arrogance at best.