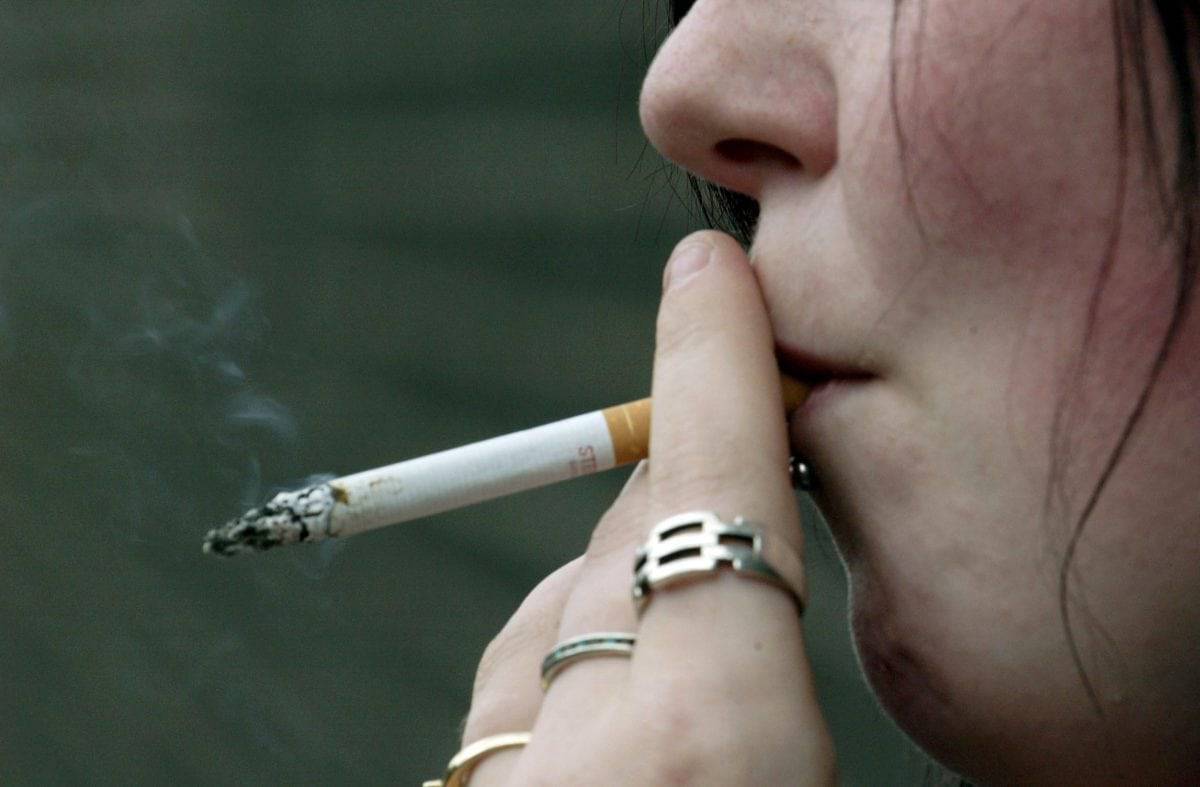 A study of more than 5,000 adults found smokers consumed around 200 more calories a day than non smokers.

This was despite eating much smaller portions of food than non-smokers or former smokers.

They also eat less fruit and vegetables and this further raises their risk of heart disease and cancer on top of that caused by the damage smoking itself causes to the lungs and arteries.

The idea cigarettes help you lose weight has been around since the 1930s when tobacco firms, whose customers were mostly male, decided to attract more women.

So in the first study of its kind Dr Vernarelli and Dr Ross MacLean, of Yale University, Connecticut, analysed data from 5,293 adults in the US.

They found people who had never smoked had the healthiest diets – consuming around 1.79 calories per gram of food.

This compared to 2.02 and 1.89 for daily and less regular smokers, respectively.

Former smokers consumed 1.84 – more than those who had never smoked but much less than current smokers. 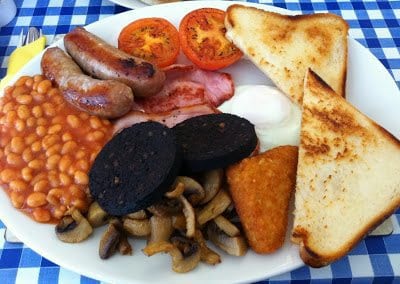 The researchers said the finding indicates any amount of smoking is linked with poorer diet quality.

The calorie dense diets consumed by the smokers often included less fruit and vegetables, meaning their intake of vitamin C was likely to be lower.

This deficiency could potentially put smokers at further risk of cardiovascular disease and cancer – presenting a major public health concern, warned the researchers.

Dr Vernarelli said: “We know from the literature that concerns about weight gain are barriers to quitting smoking, and we know that diets high in energy density are associated with higher body weight

The researchers used data from participants in the National Health and Examination Survey, a program of studies designed to assess the health and nutritional status of adults and children in the US.

It was based on them recalling what they ate in the past 24 hours. 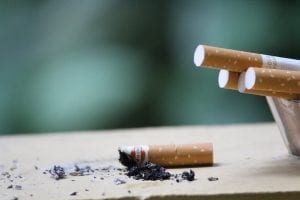 The findings add to increasing evidence that smoking causes a greater accumulation of visceral fat, the toxic type of fatty tissue that surrounds the intestines and is a serious health threat.

The more a person smokes, the more likely they are to store fat in their abdomen – on their bellies – rather than on the hips and thighs.

Quitting, along with a good diet and exercise regime, can help a person lose this type of fat.

Before the Second World War advertisers homed in on women’s desire to keep slim, creating the illogical link between smoking and beauty that still persists.

New advertisements were typically placed in women’s magazines, with one of the first, for Lucky Strike cigarettes in the early 1930s, urging women to ‘Reach for a Lucky instead of a sweet.’

The advert said smoking meant ‘you will avoid over-indulgence in the things that cause excess weight, and maintain a modern graceful form.’

By 1968, tobacco giant Philip Morris had launched Virginia Slims, which played upon both the ‘feminine’ appearance of the thinner-than-normal cigarettes, and the continuing belief that smoking helped you slim.