Little Jack Sands was in hospital for surgery to reshape his head in July 2018 before contracting the deadly blood infection. 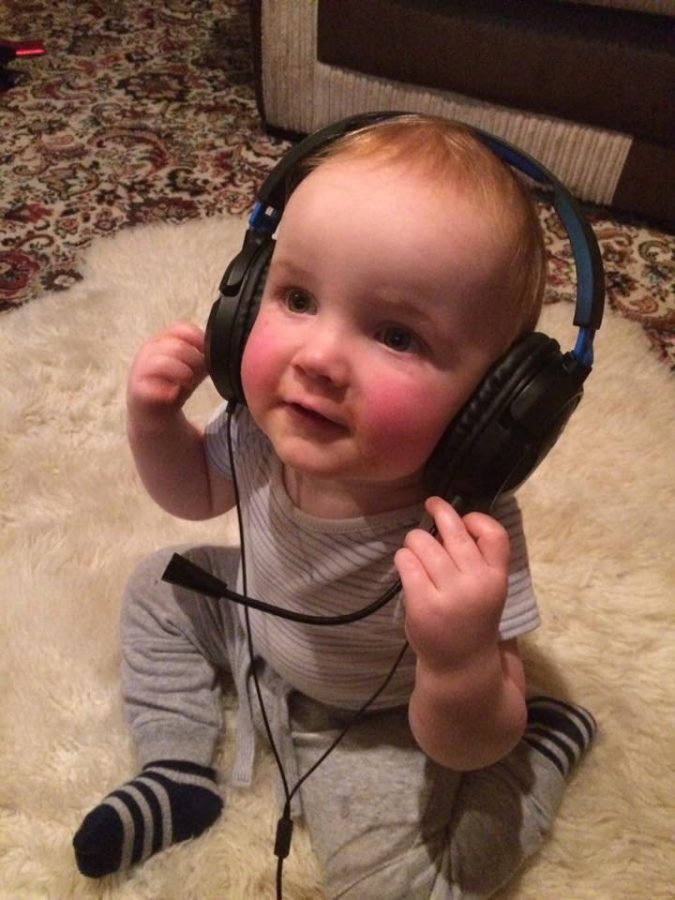 The parents of a one-year-old boy who died from sepsis just three days after doctors missed the signs have urged families to act on their instincts if they think medical staff are wrong.

Little Jack Sands was in hospital for surgery to reshape his head in July 2018 before contracting the deadly blood infection. 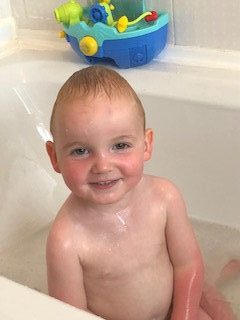 His health deteriorated after the procedure which caused his eyes to swell up; however, three doctors and nurses initially diagnosed him with a stomach bug – which they began treating him for.

A fourth medical professional also believed the little lad had a stomach bug but was persuaded to check for sepsis in a blood test by his worried parents.

Two days after his operation on July 14, Jack developed a high temperature, his skin became mottled and cold, and he even slept uninterrupted for 30 hours.

His concerned parents Gemma, 32 and John Sands, 31, searched his symptoms online which led them to believe he was suffering from sepsis. 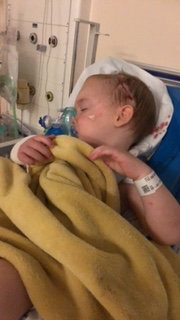 Gemma and John say nurses were unable to extract blood due to his swelling around his body on July 13 and blood specialists were not available because they did not work at the weekend so they would have to wait until Monday.

Instead, nurses moved little Jack into an isolated room away from other children to stop the suspected bug from spreading.

Hours before his death, on July 16, a fourth doctor began to treat him for sepsis after a blood test confirmed he had the virus.

Tragically Jack died in the early hours of July 17, six days after surgery and three days before his second birthday.

Now his devastated mum and dad are calling on other parents to act on their instincts if they think their child is unwell and take further action if they believe medical staff are wrong.

Gemma, a stay-at-home mum, said: “Sometimes it doesn’t feel real that he is no longer with us.

“The six days we spent in hospital were heartbreaking to watch Jack suffer and knowing we couldn’t do much to ease his pain.

“They struggled to take blood from him a day after the surgery because they were struggling to locate his veins but they said this wasn’t anything to worry about.

“The next day he was considerably worse because he was not himself, he wasn’t eating, playing and he just wanted to sleep.

“Things went from bad to worse but they were adamant he had a stomach bug, the swelling around his eyes started to go down slowly but he was just getting worse.

“I just didn’t believe them, he was struggling to breathe, so we googled his symptoms which said it was sepsis.

“His skin had gone red and looked clammy, he was sleeping for 30 hours, even when you tried to wake him up his eyes were just rolling back he was not okay at all.

“Even the NHS site said his symptoms were of sepsis which raised more concern for John and I.” 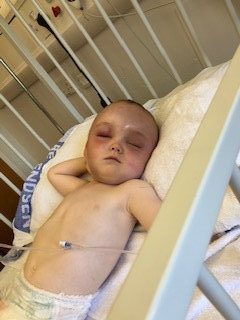 The parents claim medical staff at Leeds Teaching Hospital, West Yorks., diagnosed Jack with gastroenteritis – a stomach bug which he may have caught because of the surgery.

Beside having craniosynostosis – a condition which causes skull growth problems – which he was diagnosed with at birth, his parents say he was full of life, happy and healthy.

Gemma and John from Hook, East Yorkshire, were told the skull surgery had a low chance of going wrong and would be beneficial while Jack was young, to avoid chances of suffering from brain compression and bullying at school in the future.

Immediately after the procedure, his parents say they did not have any worries.

The parents, who also have two other children Callum, ten, and seven-year-old Alesha, admitted they did not know what sepsis was until Jack and believe his death could have been avoided.

John who works as a workshop manager said: “The death of our son has completely destroyed us.

“Looking at him you wouldn’t have thought there was anything wrong with him, he’d just started learning his words and he’d run around the house with his brother and sister causing mischief.

“If it wasn’t for our other kids we don’t know what we would have done, the doctors just brushed our complaints under the carpet and did nothing to help him at all.

“All the symptoms he had were on the NHS so why didn’t they know? They’ve admitted they didn’t know much about sepsis but that’s not good enough.

“He could have been here with us today if they had listened to us, now we just want answers now.” 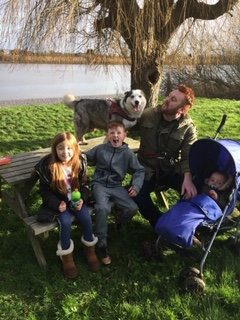 The inquest into Jack’s death has been opened and has been adjourned.

Dr Yvette Oade, Acting Chief Executive at Leeds Teaching Hospitals NHS Trust said: “We are sincerely sorry that Jack died while he was in our care.

“We undertook a full investigation to help us understand the circumstances leading to Jack’s death and how we could learn from what happened.

“We met with Jack’s parents to share our investigation and we have committed to learning from the findings so that we can improve the care we provide to all of our patients.

“We fully support the family’s ambition to raise awareness of sepsis.

“As an organisation, raising awareness and managing sepsis is extremely important and we have introduced a number of initiatives aimed at increasing awareness amongst our own workforce so that we can continue to improve the care that we provide in the future.”