Blogger Laura Moore, 41, has been begging the retail giant to install 'changing places' loos - ones with a hoist and large changing table - since 2016. 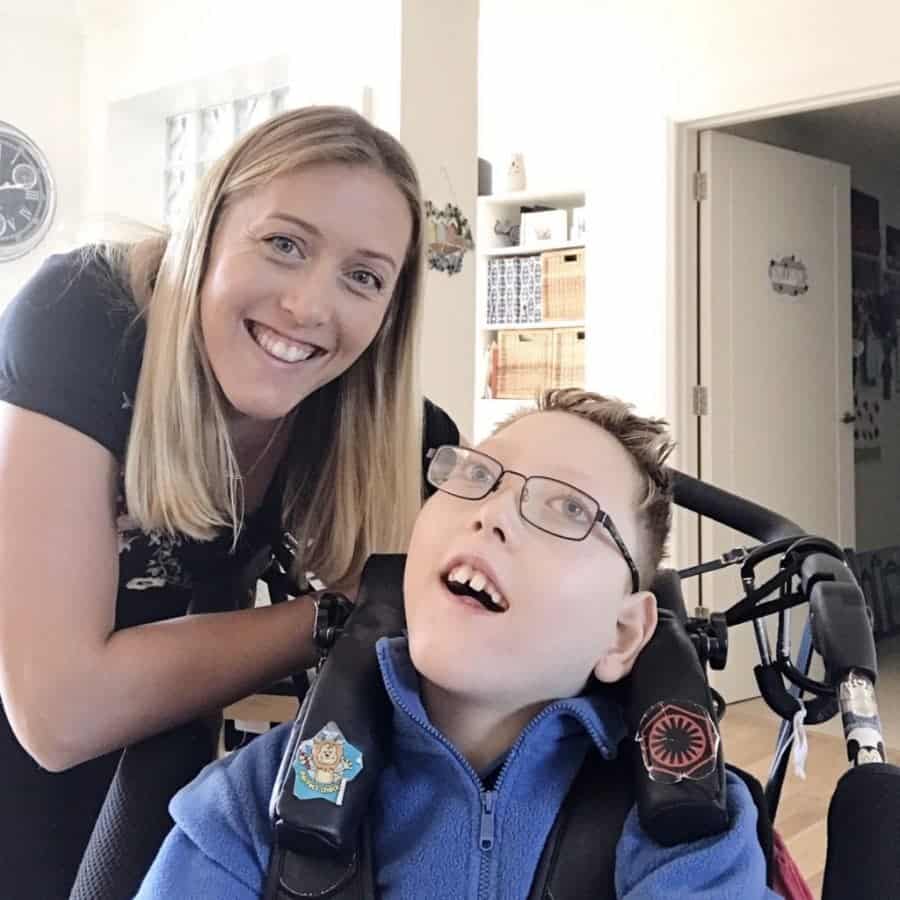 M&S has been slammed for launching a clothing line for disabled children despite having no toilets or changing rooms for severely disabled shoppers – in ANY stores.

Blogger Laura Moore, 41, has been begging the retail giant to install ‘changing places’ loos – ones with a hoist and large changing table – since 2016.

But M&S refused, with lawyers claiming it would “involve considerable disruption, significant financial investment and could have a negative impact on other services”.

So Laura was furious when M&S launched a line of clothes for kids with disabilities this week – featuring velcro backs and feeding tube inserts.

The married mum – whose son William, nine, has quadriplegic cerebral palsy – took to Instagram and vented her angst in a video post.

She claims while M&S does have facilities with rails and an emergency cord – none of the 979 stores have loos or changing rooms suitable for people who can’t lift themselves out of their wheelchair.

More than 150 people have re-posted a letter slamming M&S and supporting Mrs Moore on Instagram, or recorded videos criticising the store.

The retail giant has now promised to look at installing fully-accessible toilets in new shops – but not existing stores. 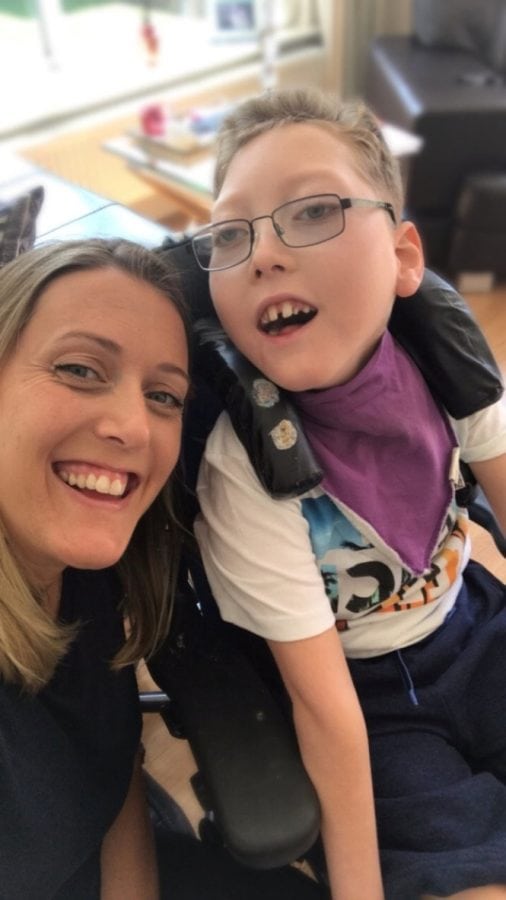 Furious Laura, a freelance social media manager from Worthing, said: “They are discriminating against the same people they are trying to make money from.

“To shop in their store, I would have to lift my child from his chair and lay him on the toilet floor in a public bathroom to take off his nappy, and then lift him on to the toilet.

“I refuse to do that. He is too heavy now and it is not fair to lay him on a bathroom floor.

“So, now the only option if we want to shop in M&S, is he has to soil himself and then sit in it until we get home. He understandably finds this very distressing.

“I am in no way disputing the products, or the research it took to design them.

“They look great and the bomber jacket is something I would definitely buy for William if the ethics around these products weren’t so questionable.

“And M&S aren’t the only ones who discriminate in this way.

“But it is nothing short of hypocritical to make clothes – and try and make money – out of people they do not want in their store.

“They want money from me, but they do not want to make the adjustments necessary for my son to visit the store selling clothes specifically made for children like him.”

M&S launched their Autumn/Winter fashion range on Wednesday, and it includes kids’ clothes with disabled-friendly features.

It comes after the store launched an ‘Easy Dressing’ range of school clothes for children with sensory and physical needs, and featured disabled kids in their latest ad.

Laura is an advocate for the Changing Places campaign – fighting for shops to put loos in public places for people with disabilities.

They claim ‘accessible’ loos – simple larger rooms with hand rails – aren’t suitable because users have to be able to lift themselves on to the loos.

She said this means people who can’t use their arms either have to lie on the floor or soil themselves.

They want ‘changing places loos’ – with an adult-sized changing bench and hoist – to be placed in major stores, and their plea has been taken on board by chains like IKEA.

She vented on Instagram on Thursday after spotting bloggers such as Clemmie Telford – who has 74,000 followers – endorsing the range on Insta.

Laura, who lives with husband Kevin, 47, a carpenter, claims no bloggers or influencers with disabled children were invited to the launch.

Cara Devaney, from Glasgow, said: “I won’t be buying their accessible range until they deem my daughter worthy of having a safe and hygienic place to use a toilet, like the rest of their customers.”

Leanne Baker, from Torquay, said: “I feel hurt and shocked that a company of that magnitude wants to profit from mums like me, but would rather we didn’t use their stores”

Alice Irving, from Manchester, said: “It’s disappointing that a massively successful business who have made such a positive impact on the lives of children with special needs by being a the first major high street shop to provide adaptive clothing, simply refuse to provide adapted toilet facilities that would benefit the same children & many more.”

M&S has reacted to Laura’s post – which was watched by 11,000 people – and a member of M&S CEO Steve Rowe’s personal team has contacted her.

It said the company “really do care”, it took “expert advice” when developing the range, the retail giant was “committed to being an accessible retailer”

The letter added: “In terms of Changing Places, this is something we are actively researching and considering in any future store openings.”

An M&S spokesperson said: “Our Easy Dressing Range has been developed over a number of years in partnership with our customers, including parents of children with disabilities, and expert advice from a consultant paediatrician. We are committed to being an accessible retailer and are actively researching ways in which we can include Changing Places toilets in new store openings in future.”