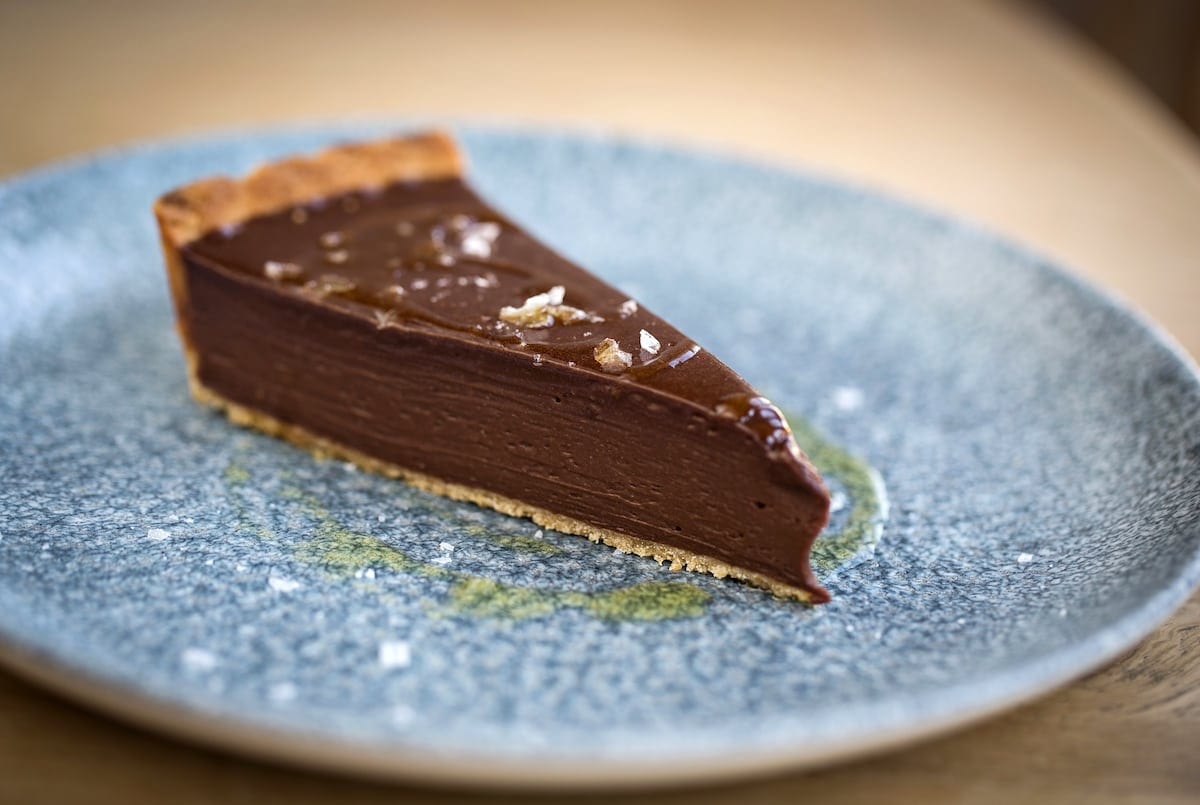 Eating chocolate could make your heart healthier, according to a mounting body of evidence.

Cocoa is made up of two kinds of bioactives, flavanols and procyanidins.

The new study by the University of Surrey and Surrey and Sussex Healthcare NHS Trust showed the importance not only of their benefits, but of how they interact each other.

Multiple studies have shown that daily consumption of flavanols and procyanidins has led to improved blood pressure, cholesterol and the flexibility of blood vessels.

But until now, it was less clear to what extent flavanols and procyanidins respectively contribute to the benefits, and whether or not they act together.

Healthy adults who ate a daily extract enriched in flavanols and procyanidins over a month experienced improved blood vessel function along with improvements in blood pressure, arterial stiffness, and cholesterol.

But all the benefits were only seen only those consumed flavanols and procyanidins together.

Those that just had procyanidin-enriched extract only experienced a reduction in total cholesterol. But procyanidins can protect flavanols in the gut.

The findings showed improvements in blood vessel function, blood pressure, and arterial stiffness were shown to predominantly relate to the intake of flavanols, but not to the intake of the more abundant procyanidins and their gut microbiome-derived metabolites.

Professor Christian Heiss said: “We were able to confirm previous findings related to cocoa flavanols, and we gained novel insights into the respective contributions of flavanols and procyanidins in the context of their cardiovascular effects in humans.

“We found that the flavanols, especially epicatechin, represent the bioactives primarily responsible for the beneficial vascular effects observed after cocoa flavanol intake.

“Only the group taking 130 mg of epicatechin experienced both the acute and long-term beneficial effects related to flavanol and procyanidin intake.”

The study involved 45 healthy male adults divided into three groups taking different amounts of flavanols and procyanidins to determine the effect of each on a range of cardiovascular endpoints.

One group consumed a cocoa extract containing 130 mg of a flavanol called epicatechin as well as 560 mg of procyanidins.

The second group took cocoa extract capsules delivering a nearly equivalent amount of procyanidins, 540 mg, but only 20 mg of epicatechin.

The third group took placebo capsules that were free of both flavanols and procyanidins, but otherwise nutritionally matched to the capsules consumed by the other two groups.

Importantly, all capsules were matched for their methylxanthine – caffeine and theobromine – amounts.

The groups taking either a placebo or the low-epicatechin capsules experienced no significant changes in any of the above endpoints.

Professor Heiss added: “Although procyanidins did not directly improve blood vessel dilation, blood pressure or arterial stiffness, their intake did have a beneficial effect on blood lipids.

“Both groups taking capsules that contained procyanidins had a reduction in total cholesterol compared to the placebo control group after one month.”

This study also looked at what happens to flavanols and procyanidins after they are consumed.

The results confirmed findings from earlier investigations, showing that flavanols and procyanidins are broken down by the microbiota in the human gut, resulting in the formation of compounds called gamma-valerolactones.

Although gamma-valerolactones were proposed to be bioactive, potentially involved in mediating the cardiovascular benefits observed following the intake of flavanols and procyanidins, this study could not provide evidence supporting this.

Procyanidins are more likely to have important indirect effects by protecting flavanols within a food during food processing as well as in the gastrointestinal tract from degradation and inactivation.

Professor Heiss said: “Compared to other bioactives, we know quite a lot about cocoa flavanols today, but this study provides new and important insights.

“It is critical to understand how these bioactives interact with each other and with the human body, in order to create a comprehensive basis for evidence-based recommendations about how much of these compounds, or the foods that contain them, people should be consuming for health maintenance and disease risk reduction.”

The study was funded by Mars and its chief science officer Dr Hagen Schroeter said: “Mars has a long-term commitment to cocoa flavanol research, which started over 20 years ago.

“This research builds on a number of well-designed small and medium-scale clinical cocoa flavanol-centric studies that together demonstrate flavanols and procyanidins have cardiovascular health benefits.

“These comprehensive and collaborative studies range from synthetic chemistry, analytics, and epidemiology to human metabolism and pharmacokinetics.

“Our aim now in partnering in the multiyear COSMOS clinical trial is to investigate at scale whether the health benefits of flavanols can be generalised to the population at large.”

The COSMOS study, or ‘Cocoa Supplement and Multivitamin Outcomes Study’, is a five-year study involving 21,000 men and women across the US run by Brigham and Women’s Hospital, an affiliate of Harvard Medical School, in Boston, and the Fred Hutchinson Cancer Research Centre in Seattle.

Now in its third year, the clinical dietary intervention trial tests the risks and benefits of supplemental cocoa extract, containing epicatechin and procyanidins, and a multivitamin in the primary prevention of cardiovascular disease and cancer.

The study was published in the American Journal of Clinical Nutrition.