The trendy trainers put more stress on bones, muscles and joints rather than less, say scientists. 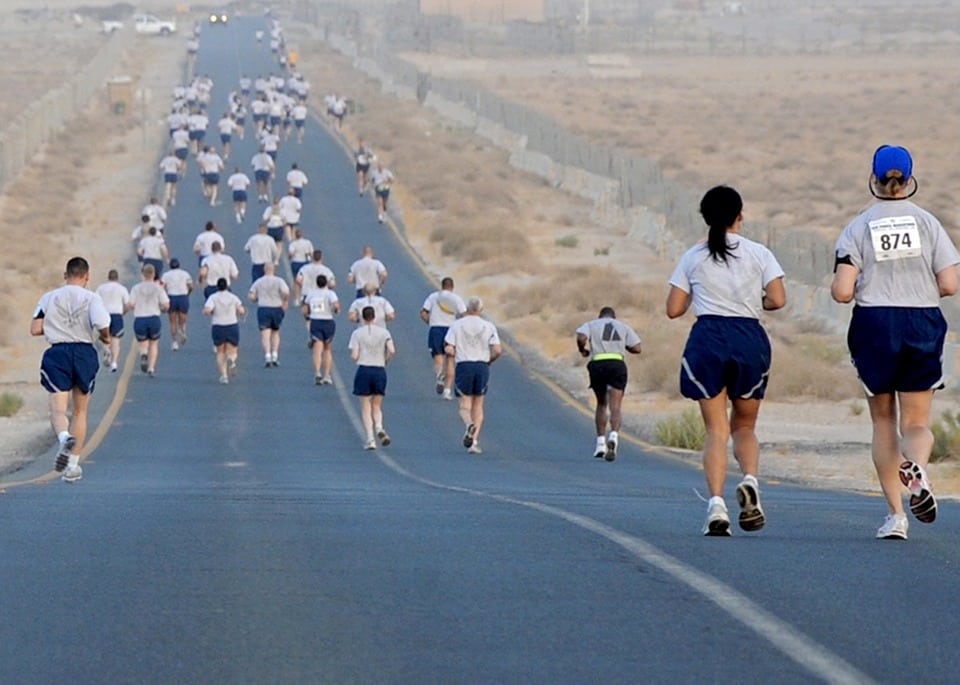 Wearing cushioned running shoes may actually raise the risk of foot injury and leg pain, according to new research.

The trendy trainers put more stress on bones, muscles and joints rather than less, say scientists.

This can make joggers more likely to develop plantar fasciitis, that causes a stabbing pain in the foot, or tiny fractures in the shin bone, or tibia.

In the first study of its kind Professor Christine Pollard and colleagues compared the biomechanics associated with “maximal” and “neutral” running shoes in tests with 15 female runners.

Maximal running shoes feature increased cushioning, particularly in the forefoot region of the midsole. They have gained popularity since being introduced in 2010. More than 20 varieties are on the market.

On the other hand, neutral shoes have little or no built in support, so they don’t alter the foot strike or gait.

Prof Pollard, director of the Functional Orthopaedic Research Centre of Excellence (FORCE) Lab at Oregon State University, said: “We were surprised by these results. We thought we would see the opposite.

“Typically, increased cushioning results in a reduction in the impact peak and loading rate of the vertical ground reaction force.

“We suspect that the large amount of cushioning across the entire midsole caused the runners to rely more on the shoe than on their own internal structures to attenuate these forces.”

She said lower leg pain and injuries have long been a problem for runners and with the advent of the maximal shoe in the last ten years it is “hard not to look at what is happening.”

Plantar fasciitis is caused by inflammation of a thick band of tissue, the plantar fascia, connecting the heel bone to the toes.

Prof Pollard said: “Fifteen years ago the shoes were very similar. These are dramatically different.”

She added: “We thought this highly cushioned shoe would actually reduce those forces that have been associated with injury. But what we found is those forces go up. So that would suggest increased risk of injury.”

The study published in The Orthopaedic Journal of Sports Medicine is believed to be the first rigorous analysis of impacts associated with maximal shoes.

Runners wearing them have reported feeling the extra cushion after travelling two to three miles. As a result, the researchers did not expect the findings.

The participants wore a neutral running shoe (New Balance 880) for one test and then, after a seven to 10 day waiting period, repeated the procedure with a maximal shoe (Hoke One One Bondi 4).

During each performance 3D movements and forces were measured by monitoring reflective markers placed on their shoes and legs as they ran over a plate that recorded the pressure being applied as a foot hit the surface.

The degree of “peak eversion,” the outward turning of the foot that is associated with injury risk, was also evaluated and there was no difference in either type of shoe for this.

Prof Pollard, a kinesiologist and a licensed physical therapist, said it is a first step in gathering evidence on the effects of maximal running shoes on injury risks.

Maximal shoes are becoming very popular, but without controlled studies, clinicians have been unable to make science based recommendations to runners.

Prof Pollard said expects a study with male runners may produce different results. She added: “We know that gender differences in running biomechanics do exist.”

Previous research has suggested cushioned running shoes have changed the way in which many of us run.

The former tend to strike the ground with their forefoot or mid-foot, and the latter their heel.

So barefoot runners could be at less risk of certain types of injury than those who wear cushioned running shoes.

Striking the ground with you heel is like someone hitting your heel with a hammer with up to three times your body weight, said the Harvard University researchers.

The question of how best to support and protect a runner’s feet is something that has intrigued both scientists and sports shoe designers.