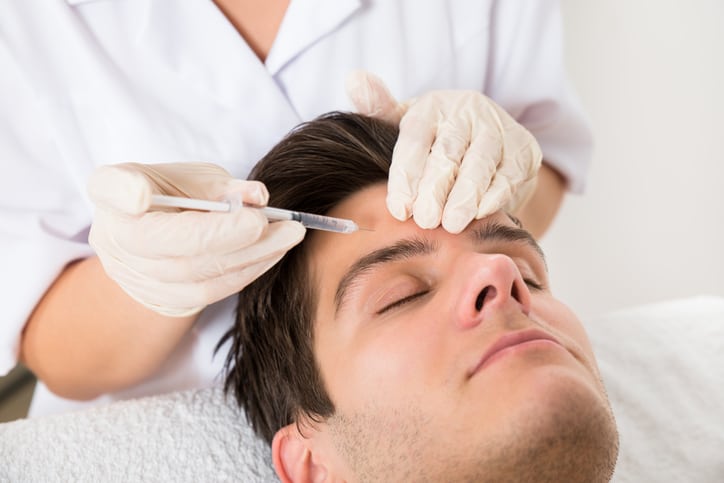 Annual survey data from the British Association of Aesthetic Plastic Surgeons shows that the number of cosmetic surgery procedures performed in Britain has declined by more than 40% over the last year.

The decline puts the total number of cosmetic surgery procedures performed in the UK at the lowest level in almost a decade — a reversal, of sorts, of years of growing interest in cosmetic treatments.

Journalists have pointed to a number of factors as the root cause of slumping plastic surgery demand, from a change in popular fashion and celebrity influencers to financial constraints.

However, while surgical treatments — surgeries performed under local or general anaesthesia — is on the decline, a growing number of people are seeking out non-surgical aesthetic treatments to achieve the perfect look.

These treatments include Botox, which is rising rapidly in popularity among both people in their 30s and 40s and young Millennials, and non-surgical injectable treatment options such as facial and lip fillers.

Advanced Skin Lounge, which offers a variety of non-surgical treatments including lip fillers in Leeds, prices its treatments from as little as £180. Many treatments take less than one hour to administer, with patients able to resume their normal lifestyle quickly after the treatment.

Lip filler injections provide a temporary increase in the volume of a patient’s lips. A skilled and experienced surgeon can place the injectable filler to volumise certain parts of the lips, helping patients emulate the looks of model and celebrities.

However, unlike plastic surgery, the results from anti-wrinkle injections and lip fillers don’t last forever. Most treatments are effective for a period of six to 18 months, after which patients will need to repeat the procedure to achieve the same results.

Many patients return more frequently to “top up” their results. Claudia Wright, who was featured in a Guardian profile earlier this month, posts on her beauty blog about her frequent lip injection treatments, noting that she’s received frequent injections for the last three years.

While the sheer numbers for cosmetic surgery procedures may be on the decline, total interest in cosmetic treatments is largely on the increase. From young to old, the increasing availability of non-surgical treatments seems to appeal to a growing audience of people across the UK.