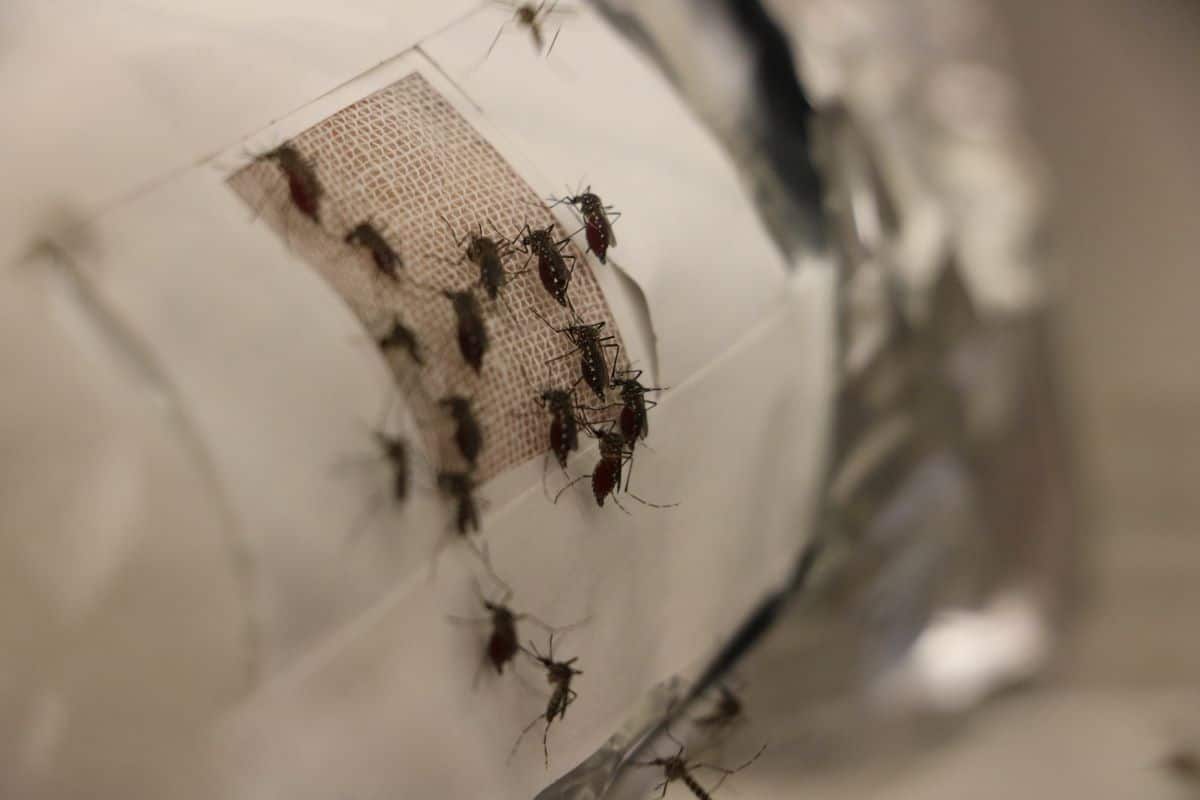 Clothes lined with graphene stop mosquito bites and could help prevent the spread of deadly diseases such as malaria, reveals new research.

Tests on volunteers also revealed it is too strong for mosquitoes, which spread the deadly malaria bug, to bite through.

Nearly half the world’s population is at risk of malaria transmission with an estimated 445,000 deaths in 2016, according to official estimates.

Senior author Professor Robert Hurt, of Brown University in the US, said: “Mosquitoes are important vectors for disease all over the world, and there’s a lot of interest in non-chemical mosquito bite protection.

“We had been working on fabrics that incorporate graphene as a barrier against toxic chemicals, and we started thinking about what else the approach might be good for. We thought maybe graphene could provide mosquito bite protection as well.”

GO is a graphene derivative that can be made into films large enough to be used by humans.

The researchers were surprised to discover that the mosquitoes completely changed their behaviour in the presence of the graphene-covered arm.

Study author Cintia Castilho, a Ph.D. student at Brown University, said: “With the graphene, the mosquitoes weren’t even landing on the skin patch — they just didn’t seem to care.

“We had assumed that graphene would be a physical barrier to biting, through puncture resistance, but when we saw these experiments we started to think that it was also a chemical barrier that prevents mosquitoes from sensing that someone is there.”

The researchers found mosquitoes flocked to areas of graphene barrier dabbed with some human sweat – confirming it worked as a chemical barrier.

Further tests showed GO was puncture resistant to mosquito bites but only when dry.

Another form of GO with reduced oxygen content called rGO was shown to provide a bite barrier when both wet and dry.

But it isn’t breathable and the researchers are now trying to find a way of stabilising the GO so that it’s tougher when wet.

Ms Hurt added: “GO is breathable, meaning you can sweat through it, while rGO isn’t.

“So our preferred embodiment of this technology would be to find a way to stabilise GO mechanically so that is remains strong when wet.

“This next step would give us the full benefits of breathability and bite protection.”