A poster displayed throughout the transport network features the six lead performers, but only displays the names of the male actors. 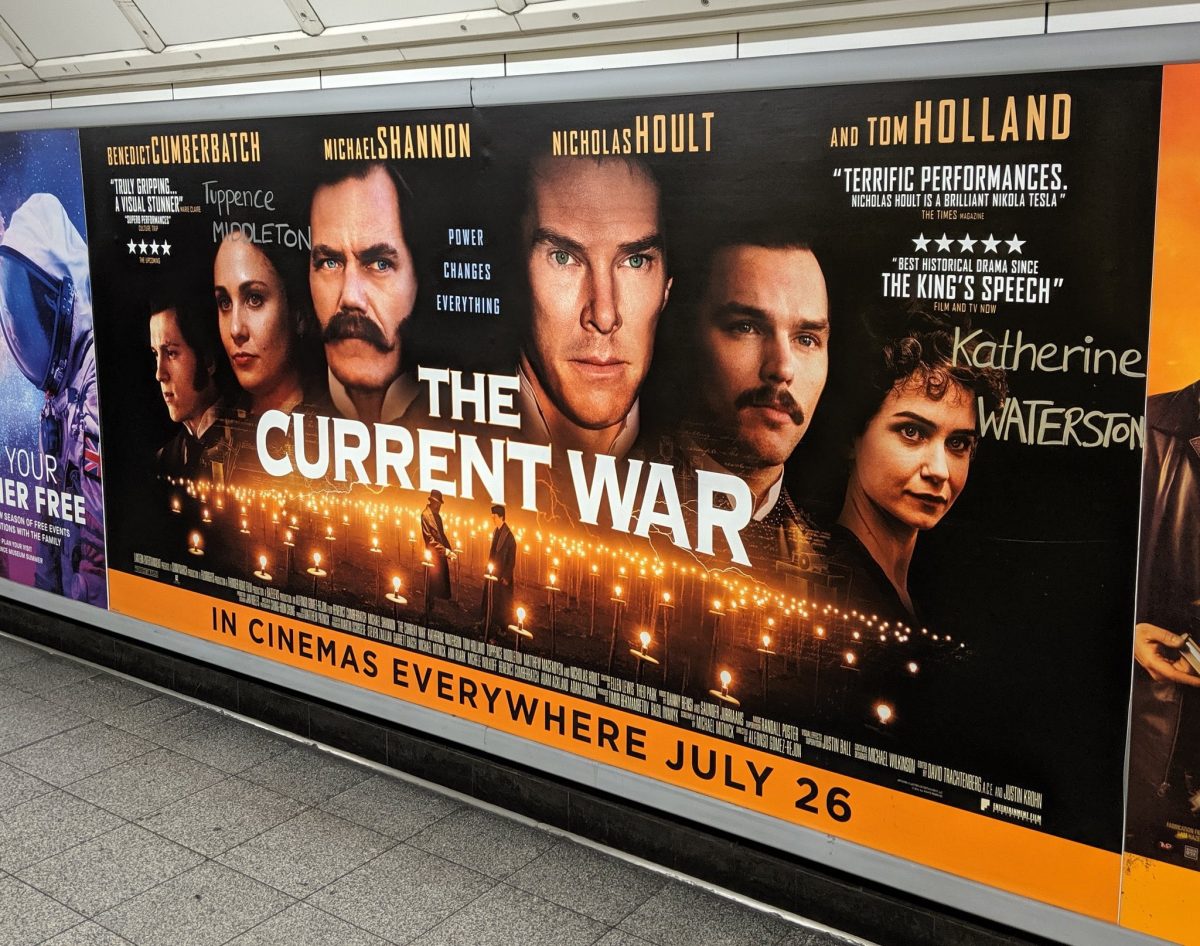 A feminist has edited a poster of ‘The Current War’ after it omitted the names of the two featured actresses.

The historical drama was released at the end of July in the UK and will hit the screens in October in the US, but people have been quick to point out a fault with its marketing efforts.

A poster displayed throughout the transport network features the six lead performers, but only displays the names of the male actors.

Benedict Cumberbatch, Michael Shannon, Nicholas Hoult and Tom Holland are all referenced, but the female cast members are pictured but not cited in the same way.

A feminist corrected the poster in a bid to highlight the mistakes, adding the names of Tuppence Middleton and Katherine Waterston to the poster.

Middleton plays Mary Edison in the drama, the wife of Thomas Edison played by Cumberbatch.

Waterson is cast as Marguerite Westinghouse, described as Shannon’s wily, determined better half.

The Current War has received a mixed reception since it premiered in the UK.

Related: How Pedro Almodóvar is a pioneer in celebrating multi-dimensional LGBTQ+ characters