A child's wellbeing to be linked to how well the family functions rather than parents' sexual tastes. 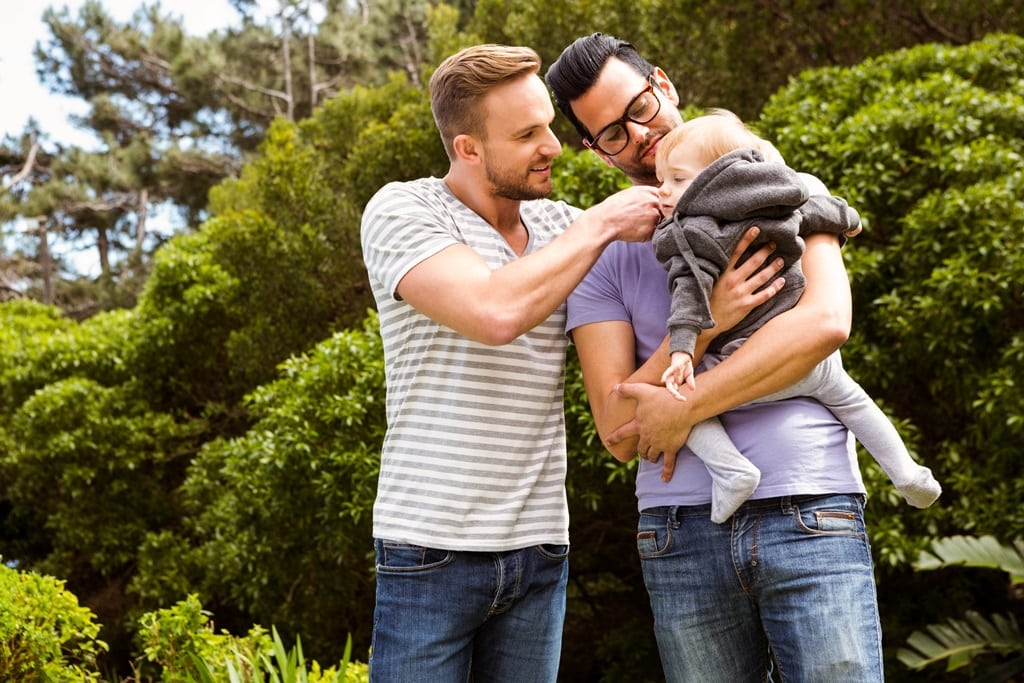 Children are not fussed if their parents are gay, lesbian or straight according to a new study and those with same-sex parents are actually more emotionally stable.

Researchers found a child’s well being to be linked to how well the family functions rather than parents’ sexuality.

Youngsters with same-sex parents reported less family difficulties and proved to be more emotionally stable than those with different-sex parents, according to the study published in The Journal of Developmental and Behavioral Paediatrics .

Three groups of parents living in Italy took part in the online survey including 70 gay fathers who had children through surrogacy, 125 lesbian mothers through donor insemination and 195 heterosexual couples through spontaneous conception.

The families were matched for their child’s characteristics, aged three to 11, and assessed on their parenting skills, how often they agreed with their partner, family functioning and their child’s strengths and difficulties.

Professor Roberto Baiocco from the University of Rome conducted the research and said: “Our findings suggested that children with same-sex parents fare well, both in terms of psychological adjustment and prosocial behaviour.

“The results showed no major differences in the children’s psychological adjustment among the three groups of families.”

Gay fathers had the best functioning families which Dr Baccio speculated to be because of the high level of commitment needed for homosexual men to become parents via surrogacy.

Further contributing factors were said to be that participating gay fathers were older, economically better off, better educated and had more stable relationships than lesbian mothers and different-sex partners taking the survey.

The Italian study adds to mounting evidence that shows no increase in problems for children with gay or lesbian parents compared to children of heterosexual parents and the results resonate in Italy where, despite homosexuality being legalised two centuries ago in 1887, gay adoption is still illegal.

Dr Baccio added: “The present study warns policy-makers against making assumptions on the basis of sexual orientation about people who are more suited than others to be parents or about people who should or should not be denied access to fertility treatments.”

Parents who felt less competent as parents and were less satisfied in their relationships reported more problems in their children.

Girls from all three family types were found to have less external problems such as aggressive behaviour and were ‘more prosocial’ meaning they were more likely to help, cooperate and share with others.

Aren’t Dads Responsible for Childcare Too?