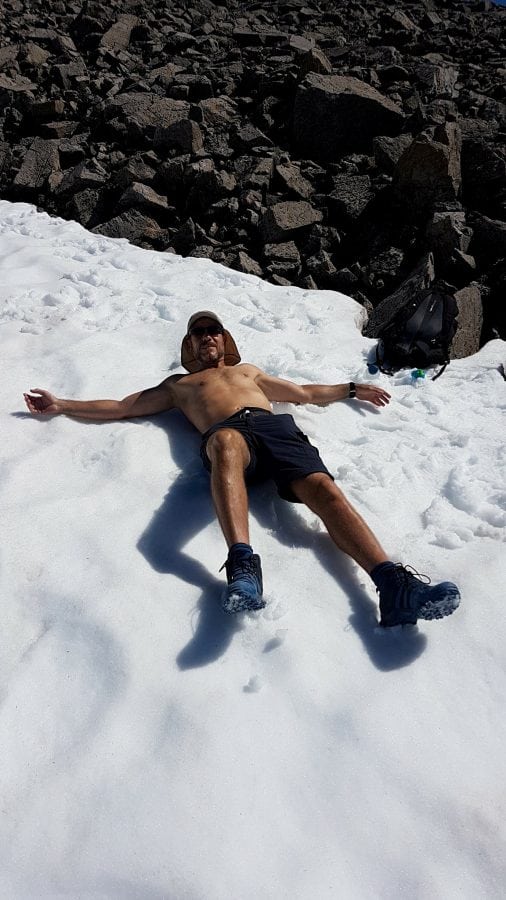 As Britain’s heatwave shows no sign of abating, hill walkers in Scotland found the perfect way to cool down this weekend. – In the snow on top of Ben Nevis.

As Scotland shares soaring temperatures with the rest of the British Isles, these intrepid walkers managed to find some snow to chill out with on top of Britain’s highest peak at 4,411 ft.

Britain is braced for more dry, sunny weather with High Pressure all over the UK forecast for the next few days, broken only by thunderstorms in the South West.

Scots have sweltered in the heat enjoying the hottest June on record for at least 20 years with temperatures hitting 31C. Temperatures hit a scorching 31C in Glasgow and Aviemore, Scottish Highlands — topping the previous record of 29°C in June 1995.