Recently, I found myself in Surbiton, where I had arranged to meet an old friend who lives in deepest commuter-land. I had never visited the place before. Indeed, I have to confess that it was well into my adult life that I discovered it was a real place at all; previously, I had assumed it […] 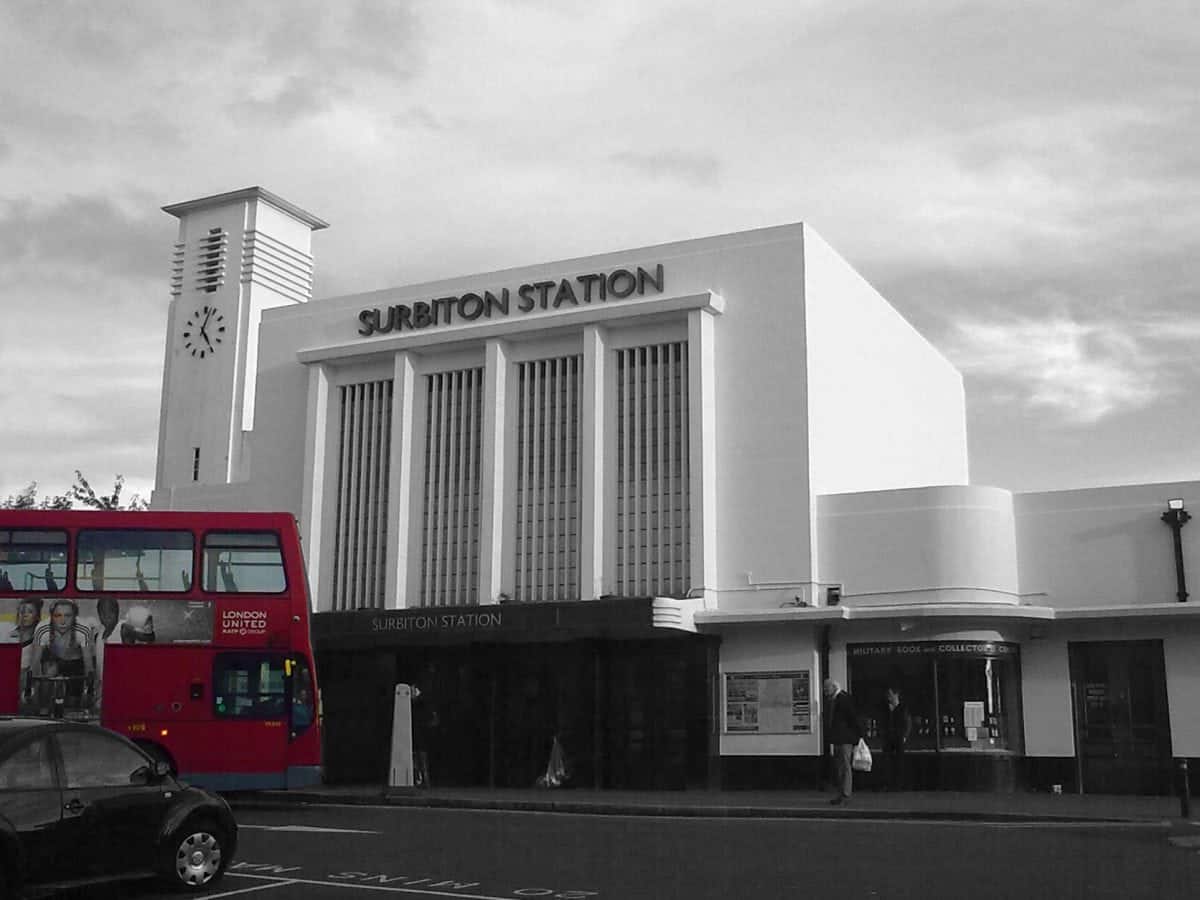 Recently, I found myself in Surbiton, where I had arranged to meet an old friend who lives in deepest commuter-land. I had never visited the place before. Indeed, I have to confess that it was well into my adult life that I discovered it was a real place at all; previously, I had assumed it was a fictional entity, invented by Bob Larbey and John Esmonde for The Good Life. The name just seemed so apt, Surbiton, with its hint of suburbia. (For the record, in the interests of full disclosure, I also used to think that Alan Coren had made up a place called Cricklewood.)

The first thing that surprised me was how accessible Surbiton was. I hopped on a train at Clapham Junction and barely had time to open my book before we were pulling into the station. Admittedly, this was a Saturday afternoon rather than the height of rush hour, but I really couldn’t complain: the journey was swift and comfortable, and I got a seat. Those who make the daily trek to work may not have it so easy.

The stroll from the station to the pub allowed me to get some small measure of the place. It was a pleasant afternoon, sunny and mild, and I have to admit that the side streets did conform to the leafy suburban stereotype. Nothing inherently wrong with that. I do have to say, though, and maybe this is a function of never having lived in the suburbs, that there was a slight sterility in the air, a vague sense of walking through The Stepford Wives. Everything was just so. I felt as if I was cluttering up the pavement just by walking on it.

Still, five minutes later I was at my destination, the Antelope on Maple Road. It’s a comfortable pub – well, it bills itself as an “ale and cider house”, you can’t just be a pub in this day and age – but my first impression is how busy it was. There is a beer garden (perhaps it’s an ale and cider garden) at the back, and that was very popular. It only takes the merest dappling of sunshine for Britons to insist it’s time to sit outside. Inside, too, there was hardly a seat to be had; no free tables, and only a few scattered stools on which to rest one’s weary haunches. 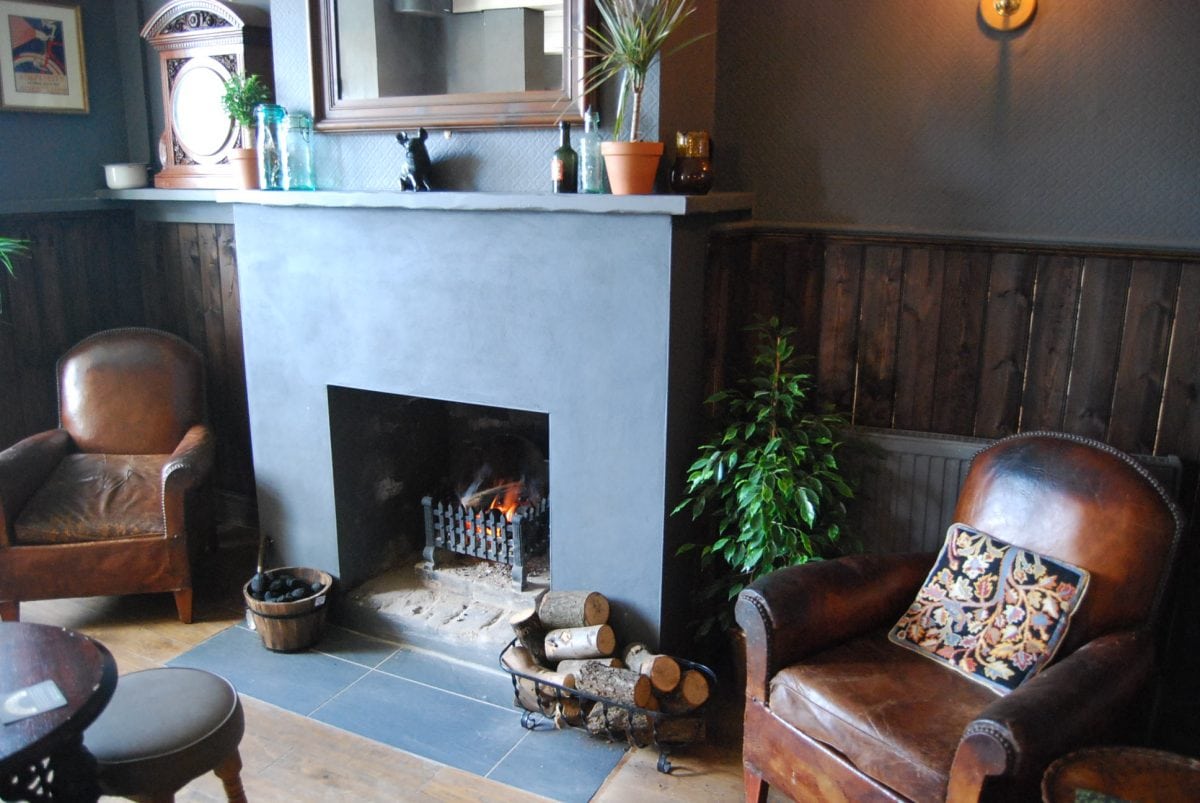 The atmosphere was good, though. Quiet pubs can be attractive in their own way, but man, famously, is a social animal (Aristotle had clearly never met my mother), and the chatter and buzz of a busy bar does give me a warm glow. After watching people’s drinks like a hawk, I spotted a singleton vacating one of the armchairs by the fireplace and fell on it with all due haste. Comfy and cosy.

I started with a Herefordshire cider called Tumpy Ground, which was a good, solid 7% abv. It’s not one I’ve tried before, and it was very refreshing, with a fruity taste and a nice sweet finish. Worth remembering. After that, I moved on to Belhaven Black, which, despite having lived in Scotland for nine years, I had never tried. (Creating, I suppose, my own internal Poor Man’s Black Velvet.) The Antelope has obviously chosen this in preference to Guinness. I am in two minds about this. St James’s Gate so completely dominates the stout market that it is, I think, understandable that some establishments choose to buck the trend and stock something different. However, I do really actively like Guinness – a meal in a glass – and it can be a glorious drink when properly stored and served. But I digress.

The clientele in the Antelope was mixed, and, as it was my first visit to that neck of the woods, I cannot say if it was representative of Surbiton. There were plenty of young people, some grown-ups, but also a reasonable tranche of people for whom, like me, youth is just out of reach now, but who don’t necessarily feel grown-up. Put it this way, a gilet salesman would have done a roaring trade. Happily, from my point of view, there were very few children. I really don’t approve of children in pubs, unless they’re very quiet and well-behaved, which is rarely these days. Anyway, for your correspondent, it was all affably middle-class and civilised. (Apart from that one man I wanted to beat to death with a tyre iron.)

Fast forward a few hours and I toddled back to the station and caught another swift and comfortable train back to Clapham, musing on my first foray into suburbia. I can see why people do it. The travel network allows you to travel a fair distance in a short amount of time; property prices are (marginally) more affordable than in central London; and some people prefer not to raise children in the city. If the Antelope is anything to judge by, there are very hospitable watering holes to amuse you at the weekends or at night. But it’s not for me. I don’t think I’m grown-up enough.