Lucky pals who formed a syndicate to play the lottery scooped £125,000 each - after splitting a £1 million EuroMillions win eight ways. 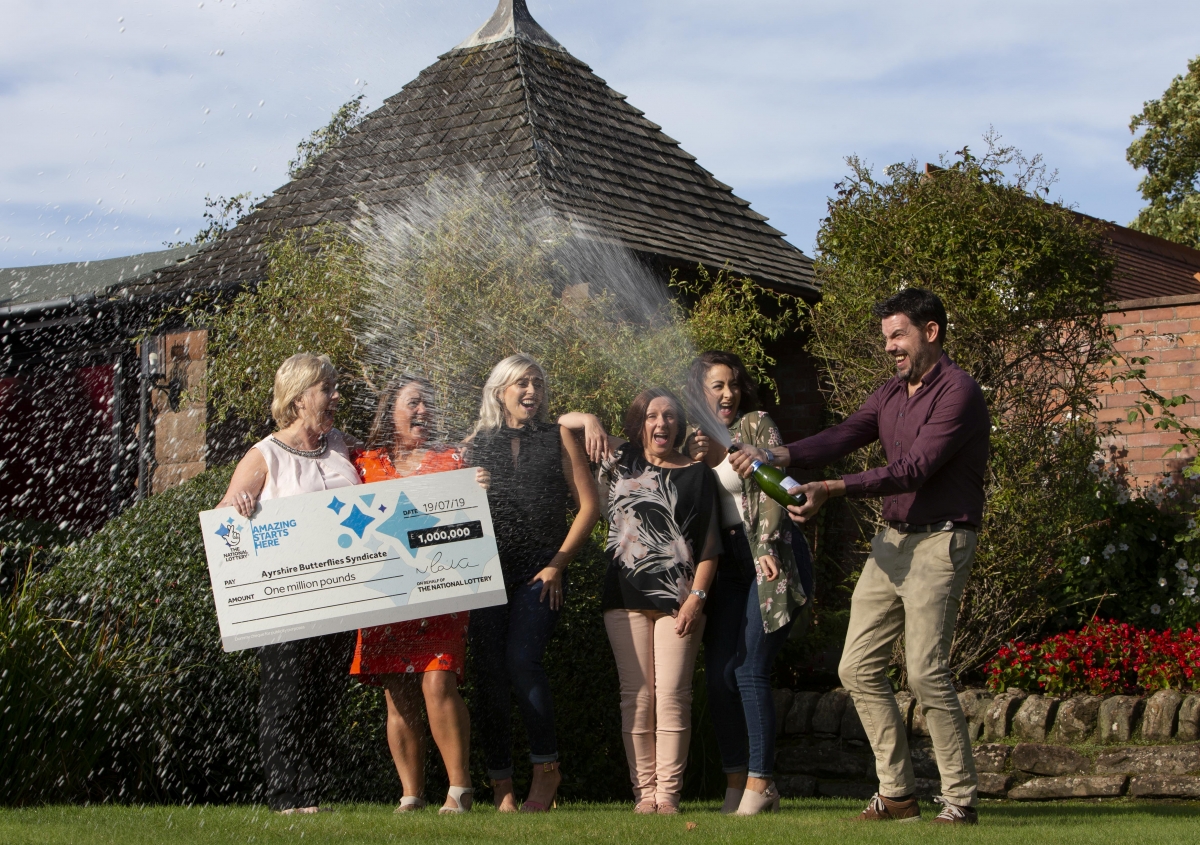 Patricia Dixon, 54, snapped up the winning ticket in Tesco Extra in Kilmarnock, East Ayrshire – and plans to buy a new house for her and her daughter.

She joked that the group normally spent their lottery winnings on a Christmas night out.

In the six years the syndicate have played the lottery, the most they won was £150.

Patricia said: “As a group we have played Lotto routinely twice a week but this was the first time since 2017 that we bought a EuroMillions ticket.

“It was a spur of the moment decision as we had some money left in the pot, but I’m certainly glad I did.

“I was with a friend who actually reminded me to check our ticket so I used the mobile app. I then got straight onto Camelot who confirmed the good news.

“Once the initial shock had worn off it was so much fun calling round everyone in the syndicate to tell them.

“As it was a Saturday afternoon, most were out and about so their reactions were absolutely priceless.

“I still have a folder with every ticket we’ve ever bought and any money we won normally just went towards a Christmas night out.

“This year will certainly be one to remember.”

“The two original syndicate members starting the syndicate almost six years ago signify endurance, the win will change our lives and gives hope to others that this could happen to them and, of course, that life is for living and to make the most of.

“Plus the fact the same butterfly keeps popping in and out through my window.

“This is something I have been dreaming of doing for so many years and it feels fantastic to know that the worry has disappeared practically overnight.”