He used to be a journalist himself, most notably at Murdoch's The Times. 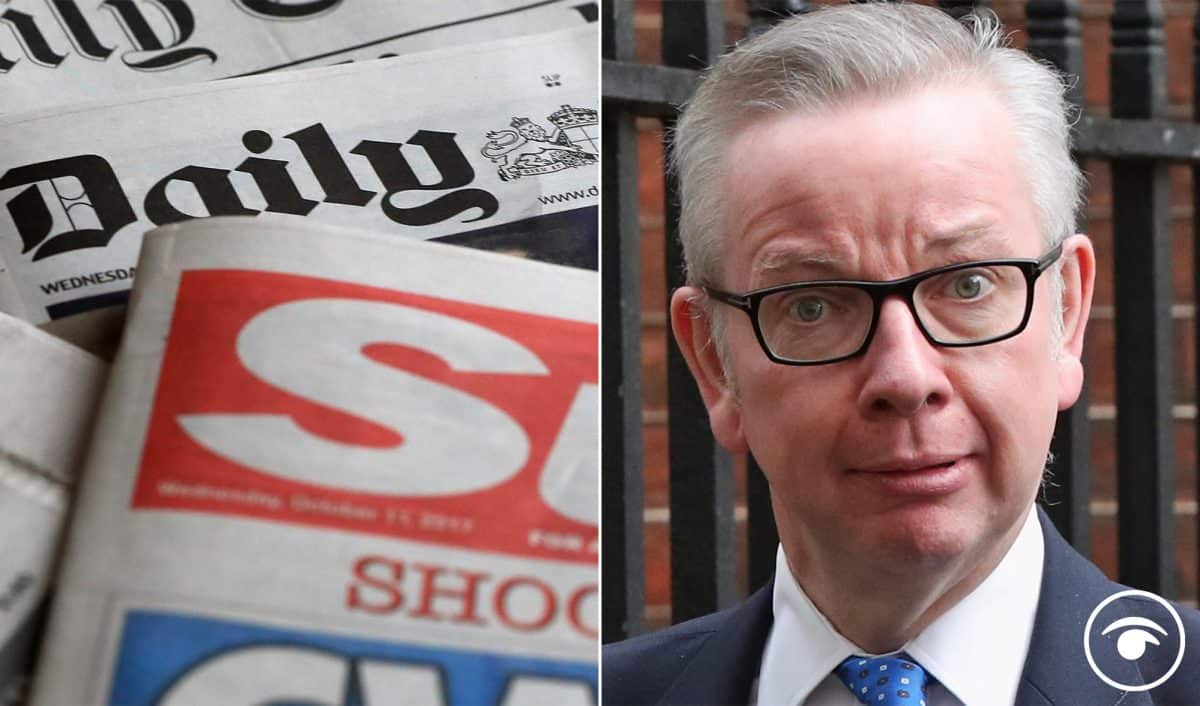 Labour has called for the Government’s ethics watchdog to investigate whether Michael Gove has broken the ministerial code and misled Parliament.

The party’s deputy leader and shadow Chancellor of the Duchy of Lancaster Angela Rayner has written to Boris Johnson demanding that Lord Geidt, the adviser on ministers’ interests, investigate a unit known as the Clearing House, based in the Cabinet Office, which handles Freedom of Information (FOI) requests.

As Chancellor of the Duchy of Lancaster, Mr Gove is the minister in charge of the Cabinet Office.

The unit has been criticised for how it operates amid fears journalists were blacklisted and transparency was stymied by the way in which potentially sensitive information requests from across Government were handled.

And following an appeal, an information rights tribunal ruled on Wednesday that the Cabinet Office must release certain documents to the openDemocracy website after a three-year fight.

Judge Chris Hughes said: “The profound lack of transparency about the operation of the Cabinet Office, might appear, from the material before this tribunal, to extend to ministers.”

Labour claimed this showed that past statements made by Mr Gove about the operation had been proven untrue.

But the Cabinet Office said it had never said the Clearing House did not exist but had disputed accusations that journalists were blacklisted among other practices.

A spokesperson said: “Any suggestion that there has been a breach of the ministerial code is wrong.”

In her letter Ms Rayner said: “Because of the lack of transparency regarding the operations of the Cabinet Office Clearing House, the truth about the operations of the unit – and therefore whether Mr Gove misled Parliament by saying that ‘all freedom of information requests are treated in exactly the same way’ – will be revealed in the documents that the judge has ruled must now be released.”

But the Cabinet Office spokesperson added: “A Clearing House function was set up by the last Labour Government in 2004 to help ensure there is a consistent approach across government to requests for information which go to a number of different departments or where requests are made for particularly sensitive information.

“We remain committed to transparency and always balance the need to make information available with our legal duty to protect sensitive information.

“In order to be as transparent as possible we have released the vast majority of information that was requested in this case and have already published a considerable amount of information on Clearing House, including a gov.uk page explaining its purpose and remit.”