Younger age groups appear to be particularly affected by this latest wave. In New Zealand, for example, the proportion of cases aged between two and twelve jumped from 1.0 to 2.1% over the last three months. 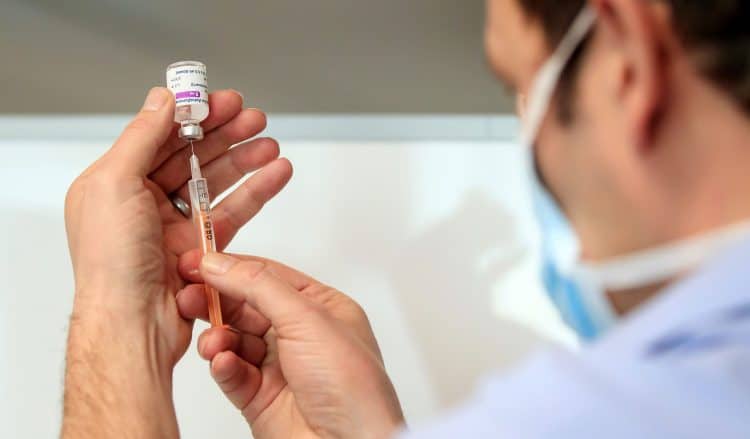 Amid the encouraging news that the Pfizer-BioNTech vaccine received full US regulatory approval, a British public health study appears to confirm that neither the Pfizer-BioNTech nor AstraZeneca vaccine offer as effective protection against the Delta variant as was previously hoped.

After analysing more than three million nose and throat swabs collected across the UK, an Oxford University study found the efficacy of the Pfizer and AstraZeneca vaccines was substantially reduced within 90 days. In fact, their respective success in preventing infections slipped to 75 percent and 61 percent three months after the second dose. This is down from 85% and 68% two weeks after a second shot.

Meanwhile, a recent British government briefing has revealed initial findings that indicate similar levels of virus in vaccinated and unvaccinated people. While this is early analysis and further targeted studies are underway, such information has potentially major implications for people’s infectiousness—whether they are vaccinated or not.

Delta on the rise

At a time when the Delta variant is raging through the UK and Europe, these developments are certainly disconcerting. In Germany, where close to 60% of the population is already fully vaccinated, the national Agency for Disease Control and Prevention has warned the country is “clearly” fighting a fourth wave of infections. In both Germany and the UK, the Delta variant now accounts for 99 percent of all cases.

Indeed, the rising number of fully-vaccinated individuals being hospitalized across Great Britain is cause for serious concern. From 19 July to 2 August, some 55 percent of those hospitalised with the Delta variant were unvaccinated. And alarmingly, close to 35 percent of the same cohort had received two doses of the vaccine.

Younger age groups appear to be particularly affected by this latest wave. In New Zealand, for example, the proportion of cases aged between two and twelve jumped from 1.0 to 2.1% over the last three months. The proportion of cases in children between thirteen and seventeen years old climbed from 1.0 to 3.1% in the same time period. In the absence of a global stance on vaccinating children, these figures could rise even higher by Christmas.

While vaccination is still a vital tool in the fight against Covid-19, these developments show that relying on vaccines alone to fight Covid is not be enough. Booster shots aside, it is becoming abundantly clear that treatments for acute infections need to be found as well.

One promising example comes in the form of American biotechnology firm Rigel Pharmaceuticals’ drug Fostamatinib, marketed in the US as Tavalisse and in Europe as Tavlesse.

Fostamatinib is currently approved for use in the treatment of chronic immune thrombocytopenia (ITP) in patients who have had an insufficient response to previous therapy. In patients with ITP, the immune system destroys the body’s own blood platelets, which play a role in blood clotting and healing. Patients live with an increased risk of severe bleeding events – events which may lead to serious medical complications or death.

More recently, fostamatinib has been singled out as a potential therapeutic for hospitalised Covid-19 patients needing supplemental oxygen. As a spleen tyrosine kinase (SYK) inhibitor, fostamatinib may help prevent inflammatory complications linked to the Covid-19 disease.

The drug is well tolerated, and a Phase II trial carried out in partnership with the National Institutes of Health (NIH) showed positive results. Rigel is now running Phase III trials with the support of a substantial grant from the US Department of Defense, while fostamatinib is also

included in a Phase III trial of various treatments, run by the National Heart, Lung and Blood Institute (NHLBI). Rigel’s Phase III clinical trial will evaluate the efficacy of fostamatinib in more than 300 hospitalized Covid-19 patients, and the additional data from the study is expected to help facilitate emergency use authorization by the FDA. If Tavalisse is approved for emergency use in coronavirus patients, medical workers will soon be able to utilise another important tool in their enduring battle against Covid-19.

UK is banking on Regeneron

While Rigel’s treatment is one of the most promising, the UK has already moved forward and approved Regeneron’s Ronapreve antibody medication as another treatment option. The medication prevents and treats the disease using antibodies made from cloning a unique white blood cell, and can be administered via injection or IV therapy.

Ronapreve is expected to reduce hospitalization risk by 70%, and could reduce potential infection in close contacts by the same degree if administered soon after exposure. According to medical professionals, the drug may well be a gamechanger in preventing infections in individuals with a reduced response to vaccination, and helping curb outbreaks in institutions. National distribution of Ronapreve began on Monday.

As the Covid-19 pandemic wears on, it is easy to overlook good news such as this: modern developments, including Tavalisse, Ronapreve or Remdesivir, will soon prove crucial in bringing this health crisis under control.