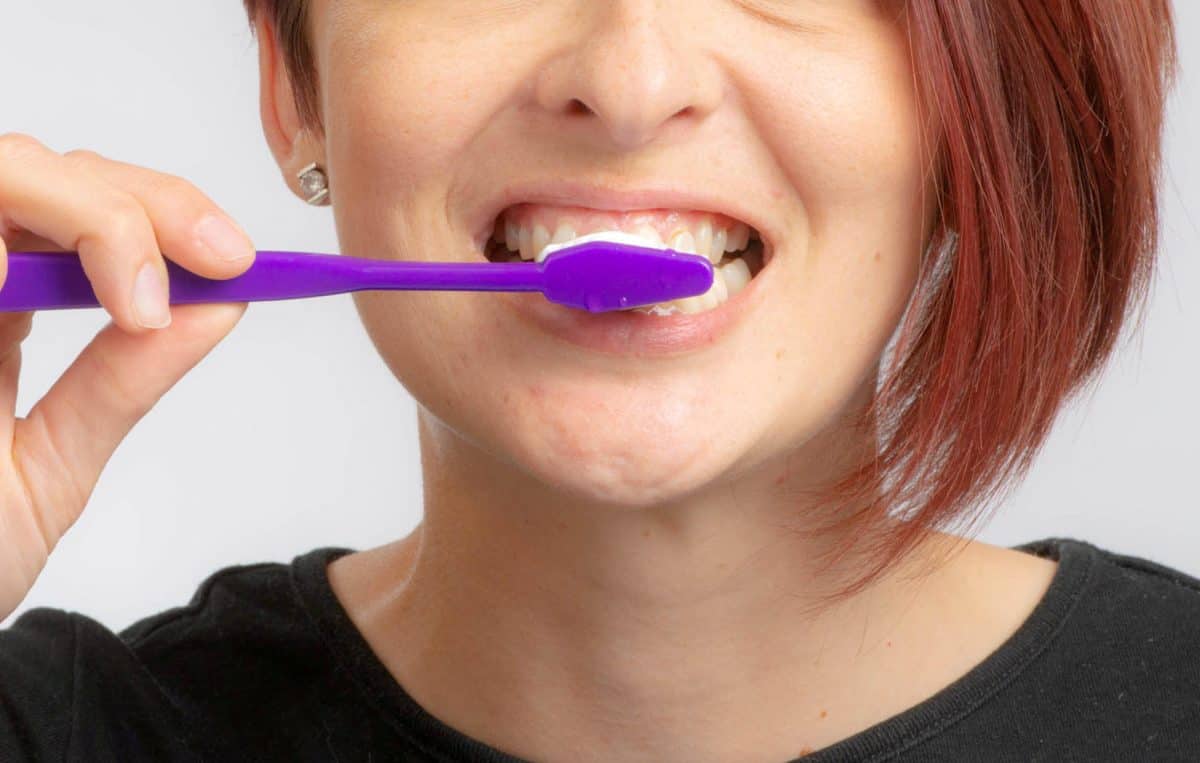 Bad breath could lead to alzheimer’s and brushing your teeth really does protect against the disease, according to new research.

They discovered that 96 per cent of patients they looked at with Alzheimer’s also had the enzymes that cause gum disease in their brain.

The international team showed how mouth bugs that trigger gum disease, or gingivitis, travel through the bloodstream and destroy neurons.

And targeting them may hold the key to beating Alzheimer’s. They have already developed a drug that will be tested on patients in the next few months.

Co author Professor Piotr Mydel, of the University of Bergen, said: “We discovered DNA-based proof that the bacteria causing gingivitis can move from the mouth to the brain.”

This is a mild form of gum disease that causes irritation, redness and swelling around the base of the teeth. It is estimated to affect up to seven in ten Britons.

The bacteria, called Porphyromonas gingivalis, produces a protein that kills nerve cells in the brain. This leads to memory loss and, ultimately, Alzheimer’s, explained Prof Mydel.

Announcing the finding, his team said in a statement: “Brush your teeth – postpone Alzheimer’s.”

They added: “You don’t only avoid holes in your teeth by keeping good oral hygiene.
Brush your teeth for better memory.”

Gum disease plays a decisive role in whether a person develops Alzheimer’s, said Prof Mydel. He has been investigating the phenomenon for years.

He points out the bugs alone are not causing Alzheimer’s. But their presence raises the risk substantially. They are also implicated in a more rapid progression.

But the good news is there are some things you can do yourself to slow down the disease. Prof Mydel said: “Brush your teeth and use floss.”

He also adds it is important for those with established gingivitis and a family history of Alzheimer’s to go to the dentist regularly – and clean their teeth properly.

Previous studies have found the bacteria behind gingivitis can move from the mouth to the brain where the harmful enzymes they excrete wipe out cells.

Now, Prof Mydel and colleagues have definitive DNA-evidence for this process from human brains.

They discovered the tell-tale gum bug enzymes called lysine-gingipain in the brains of 51 out of 53 people with Alzheimer’s – an astonishing 96 percent.

The breakthrough reported in Science Advances also offers hope of a potential fresh approach in beating the disease.

Prof Mydel said: “We have managed to develop a drug that blocks the harmful enzymes from the bacteria, postponing the development of Alzheimer’s.

“We are planning to test this drug later this year.”

In mice it prevented the loss of memory brain cells, by blocking the enzymes from the gum bacteria. It has already been found to be safe in people, said Prof Mydel.

Gum disease, which causes bad breath and bleeding gums, has been linked to a host of illnesses from heart disease and dementia to cancer and diabetes.

In experiments on mice with gum disease, Prof Mydel’s team found they had damage to brain cells in the hippocampus, an area of the brain that controls memory.

The mice also showed a build-up of a rogue protein called beta amyloid that collects in clumps in the brains of dementia patients, killing grey matter.

The researchers said: “In conclusion, we have designed an orally bioavailable, brain-penetrant lysine gingipain inhibitor currently being tested in human clinical studies for Alzheimer’s disease.

“The present data indicate treatment with a potent and selective inhibitor will reduce P. gingivalis infection in the brain and slow or prevent further neurodegeneration and accumulation of pathology in patients.”

According to a study conducted by the University of College London Hospitals, it is estimated that a shocking 50-70% of the British population suffer from some form of gum disease, with 15% of us having serious problems risking tooth loss.

But by visiting your dentist every six months or so caught in the first stages, gum problems are reasonably easy to combat through treatments like a scale and polish.

If you don’t act fast enough, you may be facing a much more severe version of gum disease called periodontitis.

Six years ago a British study found gingivalis in the brain tissue of ten dementia sufferers.

The University of Central Lancashire scientists were among the first to claim the bug triggers a response in the brain that destroys neurons and brings on symptoms such as memory loss and confusion.