Blasting it with a laser beam produces a poisonous form of oxygen that is deadly for tumour cells and harmless for healthy ones. 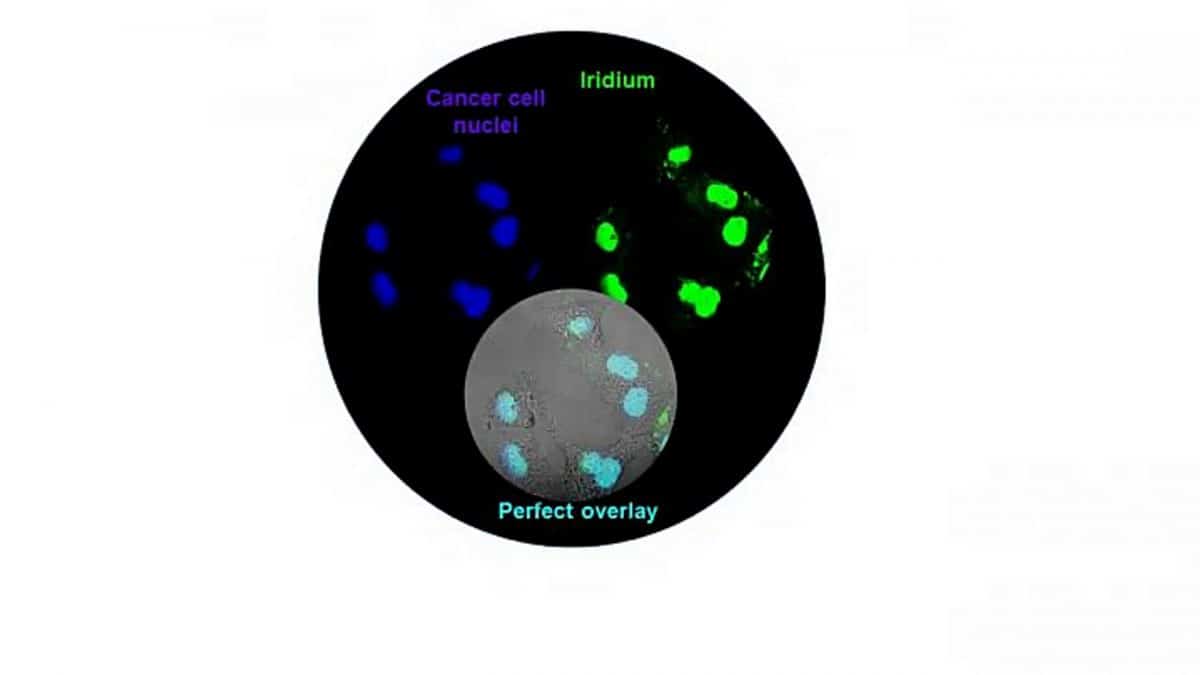 An alien metal brought to Earth on the meteor that wiped out the dinosaurs could cure cancer, according to new research.

Blasting it with a laser beam produces a poisonous form of oxygen that is deadly for tumour cells – and harmless for healthy ones.

It could revolutionise treatment for the deadliest forms of the disease, say British scientists.

Known as iridium, it’s the world’s rarest element. Experiments showed it penetrates the nucleus of cancer cells by latching onto the blood protein albumin.

It becomes toxic only when exposed to light – an existing treatment known as photodynamic therapy.

This activates the metal to kill them through ‘oxidisation’ – where the cells’ own oxygen is converted into a lethal form. Vitally, healthy tissue is unaffected.

Professor Peter Sadler, from the department of chemistry at Warwick University, said:
“It’s amazing this large protein can penetrate into cancer cells and deliver iridium which can kill them selectively on activation with visible light.

“If this technology can be translated into the clinic it might be effective against resistant cancers and reduce the side effects of chemotherapy.”

He said it can be applied locally – and in smaller doses. The next step is pre-clinical animal trials. 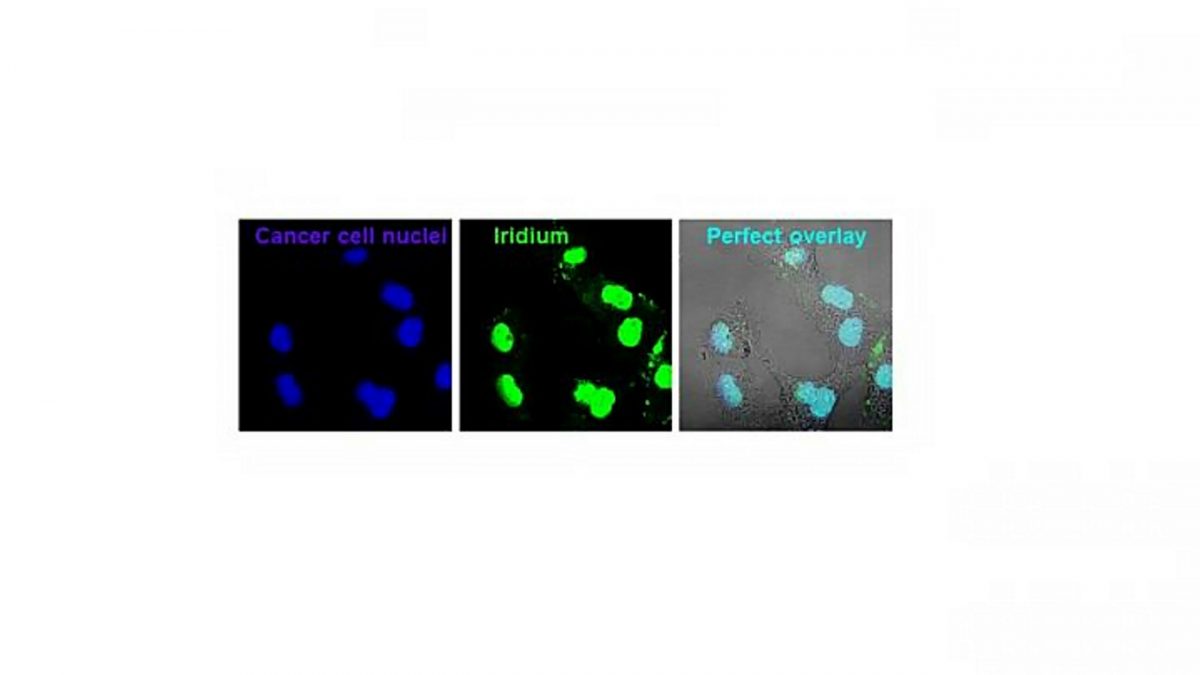 His international team used a special organic coating to hook up iridium to albumin – which then glowed very brightly.

Under powerful microscopes they tracked its passage into lung cancer tumours grown in the lab – and found it destroyed them.

Photodynamic therapy is based on chemical compounds called photosensitizers that produce oxidising species when switched on by lasers.

It’s already being used to treat a range of common cancers including those of the skin, breast and lung.

When photosensitisers are exposed to a specific wavelength of light they produce a form of oxygen that kills nearby cells.

The study published in Angewandte Chemie International Edition found the iridium based compound is an excellent photosensitiser.

What is more albumin was able to deliver it right into the nucleus of cancer cells – which contains all the genetic material.

The dormant iridium can then be turned on by red laser light irradiation – destroying them from their very centre.

The bright luminescence of the iridium allowed its accumulation in the nucleus of tumours – and its activation leading to the death of cells – to be followed in real time.

Co-author Dr Cinzia Imberti, also from Warwick, said: “It’s fascinating how albumin can deliver our photosensitiser so specifically to the nucleus. “We are at a very early stage, but we are looking forward to see where the pre-clinical development of this new compound can lead.”

The idea is when light is shone onto tumours through the skin the compound will effectively kill tumours – leaving healthy cells untouched.

With cancer becoming resistant to certain treatments it’s crucial to find other methods such as this.

Dr Imberti said: “Our team is not only extremely multidisciplinary, including biologists, chemists and pharmacists, but also highly international, including young researchers from China, India and Italy supported by Royal Society Newton and Sir Henry Wellcome Fellowships.”

Iridium landed in the Gulf of Mexico 66 million years ago on the massive seven mile wide space rock that killed off 70 percent of living species – including the dinosaurs.

Laser-based techniques are emerging as viable treatments for cancer – targeting tumours far more precisely than the shotgun blast of radiation and chemotherapy.

It’s found in the world famous Chicxulub crater underneath the Yucatan Peninsula caused by the asteroid strike believed responsible for the death of the dinosaurs.

The precious metal platinum is already used in over half of cancer chemo-therapies.

Prof Sadler believes other precious metals like iridium – that are safe with minimum side-effects – can potentially combat resistance.

He says: “It’s certainly now time to try to make good medical use of the iridium delivered to us by an asteroid 66 million years ago.”