Police stopped a van in a nearby suburb about an hour after the incident, arrested a 28-year-old man and seized 273kg of crystal meth. 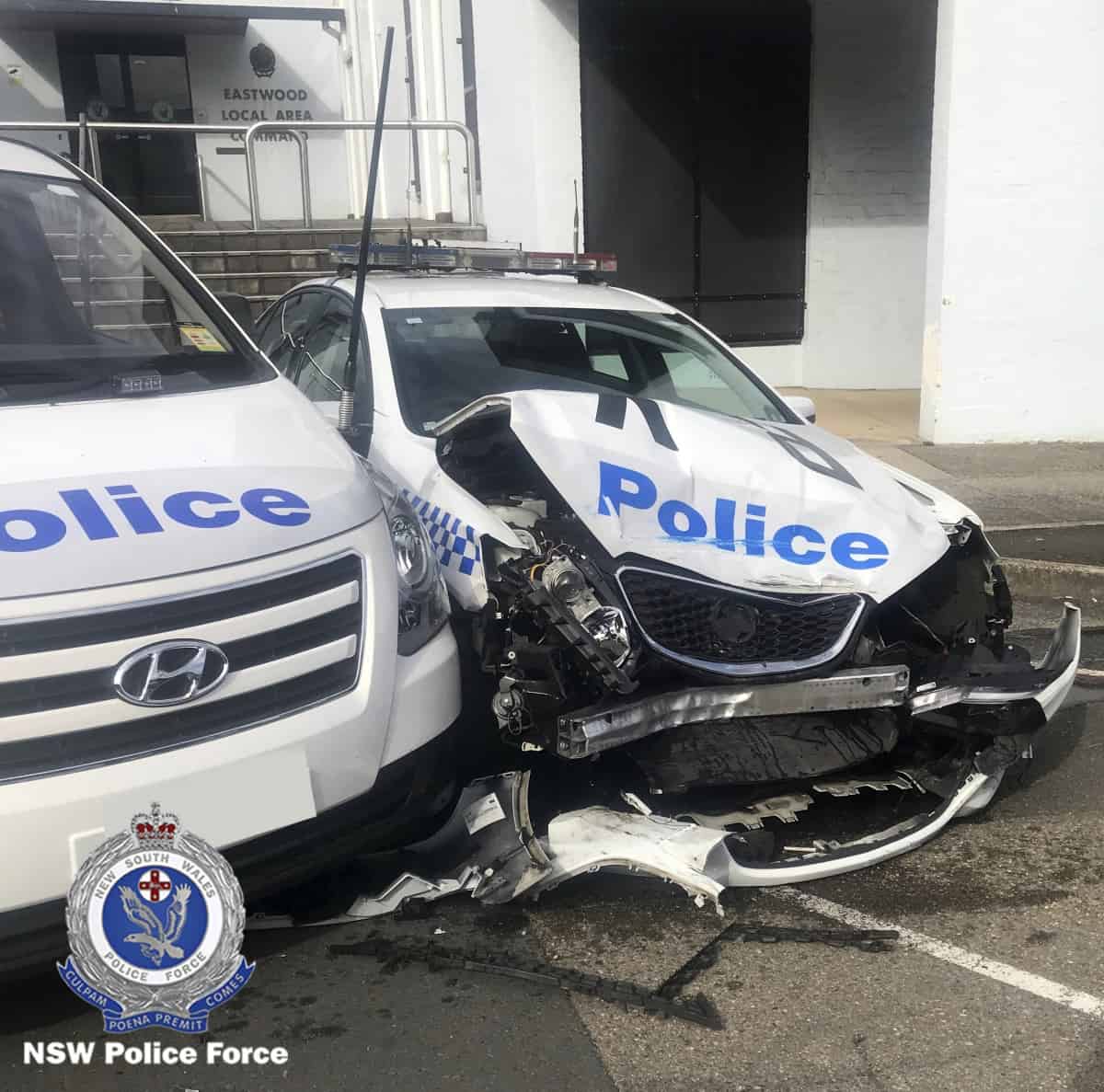 In this Monday, July 22, 2019, photo provided by New South Wales Police, a damaged police vehicle is parked at a police station in Sydney. Police have charged a driver after methylamphetamine valued at more than $140 million was found in a van that crashed into police cars parked outside the Sydney police station. (NSW Police via AP)

Police have charged a driver after methamphetamine valued at more than 200 million Australian dollars (£112 million) was found in a van that crashed into police cars parked outside a Sydney police station.

A Toyota HiAce van hit the cars outside Eastwood police station, causing significant damage to one car but injuring no-one, according to a police statement.

Police stopped a van in a nearby suburb about an hour later, arrested a 28-year-old man and seized 273kg (602lbs) of crystal meth with an estimated street value of more than 200 million Australian dollars.

The man was charged with supplying a commercial quantity of drugs, negligent driving and not giving his details to police.

He was refused bail.