Ten dealers were jailed for a total of more than 94 years for trafficking £1.4 million of Class A drugs 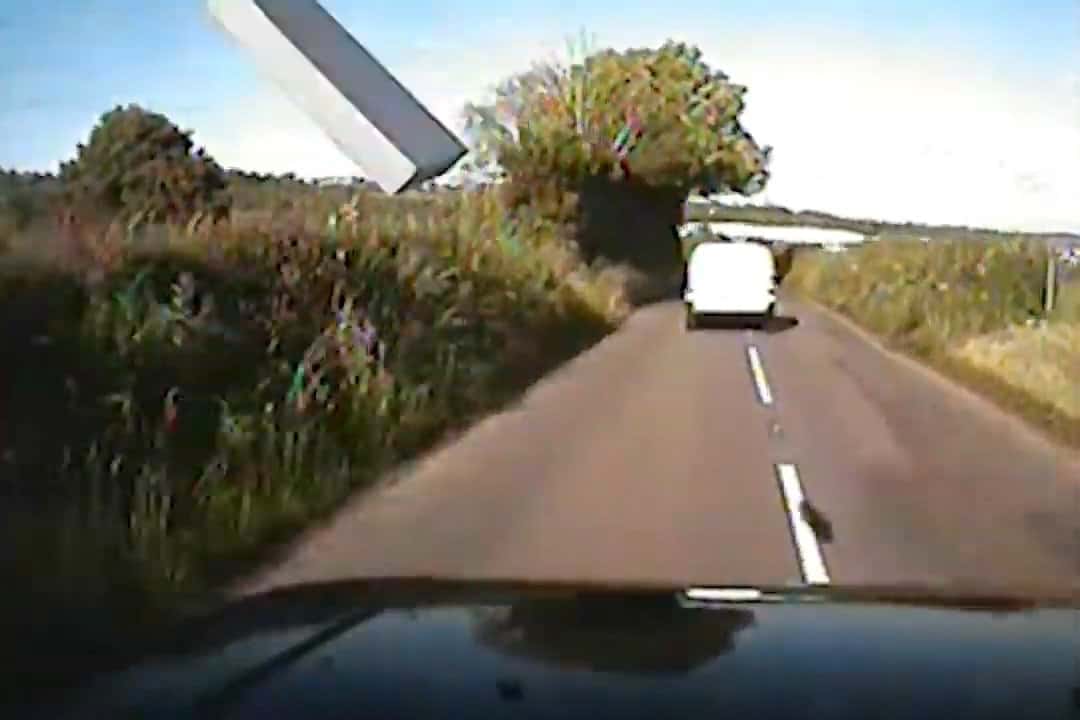 Dramatic footage captures a drug baron throwing £300,000 worth of heroin out of a van window during a high-speed police chase.

Crime boss Paul Day, 51, desperately tried to dump the Class A drugs which exploded into a cloud of white powder as he fled cops.

Police dashcam filmed Day and his accomplice speeding through the streets of South Normanton, Derbys., and Sutton-in-Ashfield, Notts.

They were finally caught when police forced their white Peugeot van off the road.

Police arrested Day and his brother Mark who ran a crime gang responsible for trafficking £1.4 million of heroin from Sheffield to Nottingham.

Day and his brother Mark, who ran a ten strong gang, were jailed at Nottingham Crown Court on Friday (19/7).

Drug runners would use taxis to meet dealers and would stash their drugs along country nature trails.

They were nailed on June 20, 2016 when Abdullah made arrangements for Paul Day to meet Sheffield courier Waqas Bashir in South Normanton, Derbys.

The exchange took place in a McDonald’s car park, where Day handed over payment for 2kg of heroin and cutting agent.

Observing nearby was Josiah Wiggan, 30, boss of the Sheffield arm of the operation outside of prison.

A police operation was launched and cops chased Day as he drove off in a white Peugeot van.

A chase ensued as police moved in and footage caught Day desperately trying to hurl the drugs and cutting agent out of the window.

Incredibly, his brother Mark pulled alongside him in a separate car so the drugs could be thrown into his vehicle.

Witnesses also saw him circling back in a bid to collect the dropped drugs which his brother had dumped on the roads.

Paul Day was arrested after giving up the chase when police rammed his car off the road.

Drugs found at a nature trail in Nottinghamshire forensically linked Day to the stash. Police also found cutting agents paracetamol and caffeine in his storage container.

Day, of Sutton-in-Ashfield. pleaded guilty to conspiracy to supply Class A drugs and was jailed for 11 years four months.

His brother Mark, also of Sutton-in-Ashfield, admitted the same charge and was jailed for ten years nine months.

Abdullah, of Sheffield, was sentenced in his absence to 14 years in prison. A warrant has been issued for his arrest.

The rest of the gang received sentences totalling 94 years.

Detective Inspector Andy Jones, who led the investigation at the East Midlands Special Operations Unit, said: “This investigation has taken a long time and a lot of hard work to reach this successful conclusion.

“Most of the people involved are career criminals who tried very hard to avoid detection and cover their tracks.

“Their sentences reflect the key roles they played in bringing large quantities of Class A drugs into the East Midlands.”