Good news! Your pint will be 3p cheaper. But if you drink Buckfast, you're in for a nasty surprise. 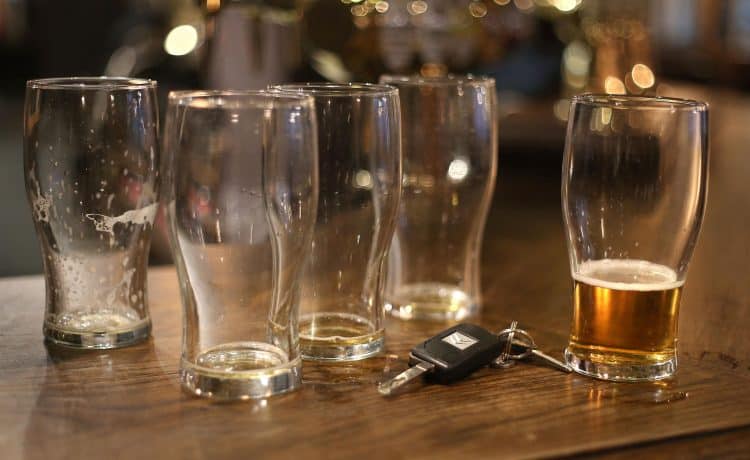 Taxes on draught beer, cider and sparkling wine are being cut as part of a huge overhaul of the UK’s alcohol duty system, the Chancellor has announced.

Rishi Sunak told MPs in his Budget speech that the planned increase in duty on spirits such as Scotch whisky, wine, cider and beer will be cancelled from midnight.

Sunak criticised the current system of alcohol taxes as outdated and too complicated, with the new overhaul set to represent a tax cut worth £3 billion.

As a result, consumers will see lower taxes on drinks such as champagne, prosecco, rose and draught beer and cider, while changes to duties will see taxes increase on some higher strength drinks, such as red wine, ‘white ciders’, port, and Buckfast.

The overhaul will see drinks taxed in proportion to their alcohol content, intended to make the system “fairer and more conducive to product
innovation in response to evolving consumer tastes”.

This new system will see the 28 per cent premium on sparkling wine scrapped, with duty levelled at the same rate as still wine. In theory, as much as 83p could be knocked off each bottle of prosecco or champagne, while tax on a 10.5 per cent ABV bottle of rose could see bottles reduced by 23p.

A tweet containing a chart of example price changes shows beers such as Stella Artois, Guinness, Fosters, Carling and San Miguel will have no change in shops but will cost 3p less in pubs.

Apple ciders such as Strongbow, Magners and Stowford Press will also have 2p less tax per pint in pubs.

A tax rise of 45p per bottle will affect 2.5 litre bottles of Frosty Jack’s and Ace cider in shops, however, as well as rises on red wines and fortified wines.

Bottles of Taylor’s and Cockburn’s port, for instance, will see a £1.09 tax rise in shops, while bottles of Buckfast will be subject to 81p more tax.

Rishi Sunak has credited the simplification of alcohol duties as “taking advantage of leaving the EU”, as well as claiming that the move will benefit English and Welsh wines.

“Our reforms make the alcohol duty system simpler, fairer and healthier,” he said.

“They help with the cost of living while tackling problem drinking, they support innovative entrepreneurs and craft producers, they back pubs and public health, and they’re only possible because we’ve left the EU.”

‘Possible because we’ve left the EU’

Moreover, the Chancellor plans to slash “keg-tax” on barrels of beer delivered to pubs and bars, which will surely strengthen the government’s relationship with the likes of Wetherspoon’s Tim Martin.

In response to the new tax system, Shadow chancellor Rachel Reeves said: “At least the bankers on short-haul flights, sipping champagne, will be cheering this Budget today.”

While the tax cuts have been welcomed by many hospitality businesses and drinks producers, the overhaul has been criticised by social media users in response to additional cuts to Universal Credit and National Insurance rises.

One Twitter user said: “The Conservatives are making champagne and Luxury short haul flights cheaper while you and I are being hit by a massive increase in Heating and Fuel costs.

“Rishi Sunak is right on one thing – this would not have been possible without Brexit.”

Labour & Co-op MP for Walthamstow, Stella Creasy added: “So the chancellor is investing more in prosecco than parents”.

Others were quick to condemn the new alcohol duty system. Here’s what people had to say.