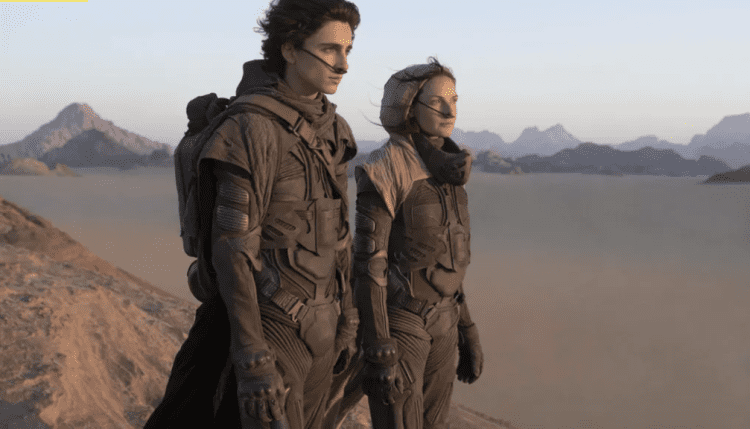 Many have tried to adapt a version of Frank Herbert’s celebrated 1965 sci-fi novel Dune to the big screen, with legends of cinema Alejandro Jodorowsky and David Lynch having to chalk their herculean efforts ultimately as failure.

Enter Denis Villeneuve, who already having tackled the legacy of big sci-fi through Blade Runner 2049 and also helming a cerebral work of great originality in Arrival, has used his talents to great effect with the latest filmic version of Dune.

The story concerns a tale of warring feudal families, set in space many centuries in the future, all fighting over the planet Arrakis and its extremely valuable commodity ‘spice’, as well as against the planet’s nomad inhabitants, the Fremen.

Commanding the most screen time is Paul Atreides, played by Timothée Chalamet putting on an arresting performance as a young man torn between the obligations of family and empire, and a Lawrence of Arabia style sense of duty towards the native Fremen.

The backstory to Dune is complicated to say the least, and the first half of the film feels bogged down by the feudal backstory and dialogue exchanges filled with incomprehensible terminology. With screenwriters such as Eric Roth (Forrest Gump) and Craig Mazin (Chernobyl) involved however, there was always my faith that this build-up was leading to something and didn’t disappoint.

The production values throughout are spectacular, and the moments of conflict on Arrakis between both men and the elements are always arresting in the second half of the film. This is a work that certainly demands to be seen on the big screen, both for the impressive sandscapes and the sound design behind ‘The Voice’ which essentially gives those who wield it the power of mind control.

It is slightly lacking on action set pieces and a Han Solo style ruffian, though Jason Momoa as the weirdly named Duncan Idaho does a great amount with his limited screen time. Also captivating is Oscar Isaac playing Paul’s father Leto, both the leader of a realm yet a man hamstrung with his new realities of harvesting the spice.

Be warned also that this is not a complete story, which is perhaps why it is a comprehensible one compared to previous efforts, and that plenty is left on the table for follow up films. Also be warned that this is by no means a work that seeks to shy away from being sci-fi or containing much Star Wars joviality, and indeed harbours a darkness and an evil in Baron Vladimir Harkonnen (Stellan Skarsgard) that would challenge Palpatine himself.