Originally favoured for its medicinal purposes, vermouth is finally beginning to receive the attention it deserves. 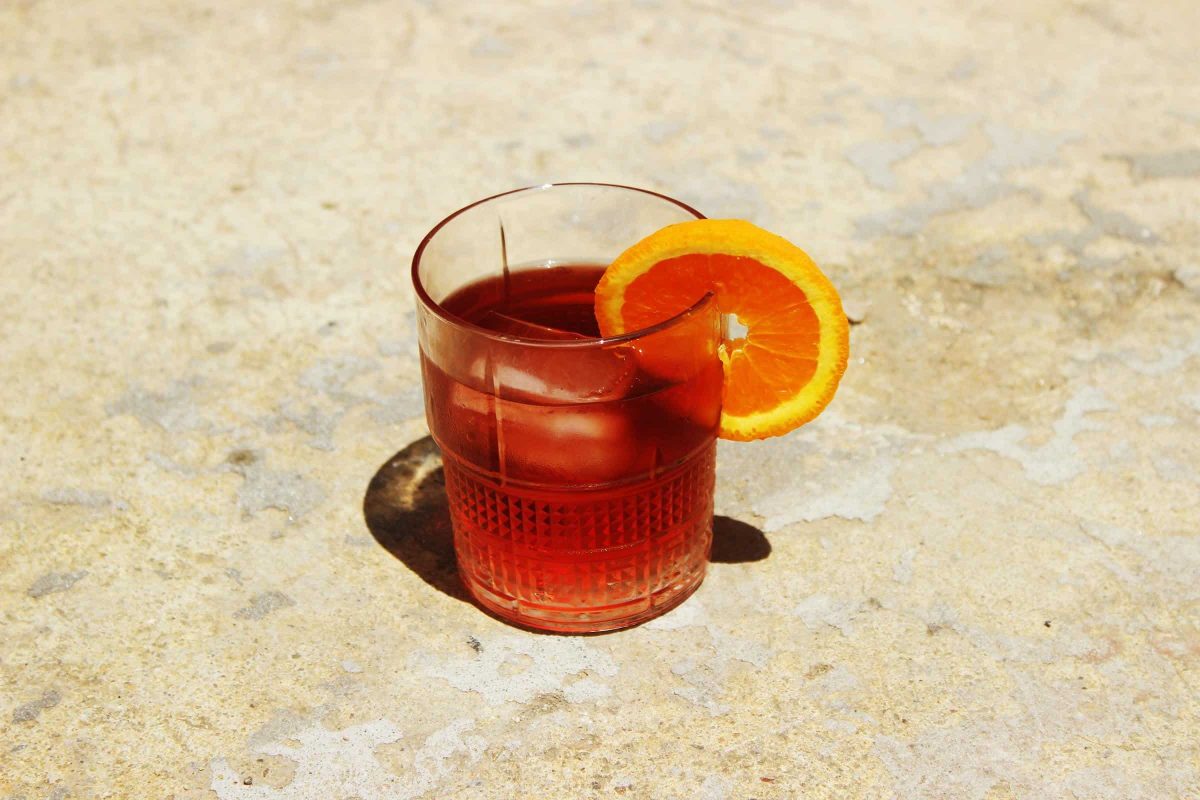 Photo by Dstudio Bcn on Unsplash

According to recent research carried out by Master of Malt, “Vermouth has been a top growth category during the recent coronavirus lockdown.”

With history of fortified wine consumption dating back thousands of years – with medicinal qualities favoured by Ancient Greeks in 400BC – vermouth takes its name from the French pronunciation of ‘wermut’, the German word for ‘wormwood’. A wine fortified with herbs, botanicals and spices, vermouth must be flavoured with at least one herb from the Srtemisia absinthium (absinthe wormwood) family. Ranging from a minimum of 14.5 percent ABV to a maximum of 22 percent, vermouth’s alcohol content can sometimes be strengthened with neutral alcohol. Wine is the drink’s base, however, so it’s best kept in the fridge and consumed within six weeks of opening.

Modern versions of vermouth are said to have been first produced in Italy, specifically Turin, during the late 18th century, while Italy remains one of the drink’s most prolific producers alongside France and Spain. The United Kingdom and the United States have also become recognised as noteworthy producers.

Historically, the category is filled with a variety of individual products and styles. Sweet and dry are the most common, though additional styles such as extra-dry white, sweet white, amber, and rosé have been created in response to both demand and competition. Considering the drink’s versatility, championed by bartenders around the world as a key cocktail ingredient, vermouth’s increasing popularity isn’t exactly surprising.

With the recent boom in popularity in the UK, a number of British vermouths have begun production, including Sacred Spirits in North London, and Blackdown Silver Birch Vermouth made using silver birch tree sap in West Sussex. Dedicated bars have also gained traction. London highlights include Vermuteria in Coal Drops Yard, a bar-café inspired by the vermouth bars of northern Italy; or El Vermut in Nunhead, which specialises in Spanish vermouth. Soho restaurant Mele e Pere is also home to a huge vermouth selection, stocking their own homebrew on tap in the downstairs bar.

Often used in classic cocktails such as the Martini, Manhattan, the Rob Roy, or served with just sparkling water and ice, much of vermouth’s increasing popularity follows the enduring global appeal of the classic Negroni. Said to be best enjoyed in a Negroni, alongside Campari and gin, Starlino Rosso was launched earlier this year, alongside Rosé and Arancione expressions which make up The Hotel Starlino range, founded by Biggar and Leith.

Hailing from the Vergnano family’s Torino Distillati, in Piedmonte, Italy, Starlino Rosso is a red vermouth – touted as a classic “Vermouth di Torino” – made using a blend of Italian white wine, Sicilian Ansonica and Cataratto wines and Marsala. The wines are then blended with a selection of botanicals including wormwood, bitter orange and cloves, before being aged in bourbon barrels for six months.

On Starlino Rosso’s place in a classic Negroni, Beppe Ronco, Master Distiller and Winemaker at Torino Distillati said: “What better way to enjoy this quintessentially Italian cocktail than made with a Vermouth distilled in our family distillery, here at Torino Distillati.  Torino is the birth-place of Vermouth, one of the three essential ingredients in a Negroni, and with over 100 years of experience making delicious Vermouths, we are very proud to have created the new Hotel Starlino range.”

While particularly popular in cocktails, other producers believe vermouth is best enjoyed on its own. From the team behind Little Red Door, a cocktail bar in Paris, Baldoria Vermouth is produced in partnership with Italian distillery Argalà. Launched last year, the range was also introduced to the UK earlier this year.

“Baldoria shines in mixed drinks, but that’s only part of the story,” says Dan Schmidt, CEO of Little Red Door. “On its own, this game-changing vermouth is a world of flavour unto itself. Through a variety of infusion techniques making use of local botanicals, Baldoria expresses layers of bitterness, herbaceousness, and florality that remain fresh and vibrant on its own, on ice, or with a splash of soda water.”

“The lovely thing about vermouth is that it is a wonderfully versatile drink and can be enjoyed in many ways,” adds Louise Jorgensen of Padró & Co. “Whilst there are no strict rules, there are no two vermouths alike and the way you drink your vermouth will affect your appreciation of it,”

With family traditions dating back to the late 1800s, the Padró family are from Bràfim, Tarragona, in the centre of Spain’s oldest vermouth producing area. Now in its fifth generation, all four members work hands-on, in and around the winery, where their drinks are produced with Macabeu and Xarel.lo grapes, then aged and bottled. Padró & Co.’s range features five interconnecting vermouths, aged in barrels to acquire their unique character. The brand’s Rojo Clásico red vermouth and Blanco Reserva white are fairly sweet; Padró & Co Blanco Reserva is exceptionally refreshing; and both Reserva Especial, Rojo Amargo red, or Dorado Amargo are at the more bitter end of the scale and deeply complex.

“In the case of our Padró & Co. range, we use very carefully selected top-quality herbs and spices for our infusions and the vermouths take between one and three years to make, so in order to fully appreciate all the delicate aromas, fine flavours and special character in these vermouths, we strongly recommend that you drink them neat,” Jorgensen explains.

“We also recommend you serve our Padró & Co. vermouths chilled from the fridge – especially our Blanco Reserva white vermouth – but not too cold, otherwise you will not taste those delicate botanicals. Unless it is a very warm day, you can remove them from the fridge around 5-10 minutes prior to drinking. On a cold day, serve them at room temperature, particularly our three Padró & Co. red vermouths Rojo Clásico, Reserva Especial and Rojo Amargo and our Dorado Amargo.”