Back by popular demand, you have until the end of 2020 to get your hands on one. 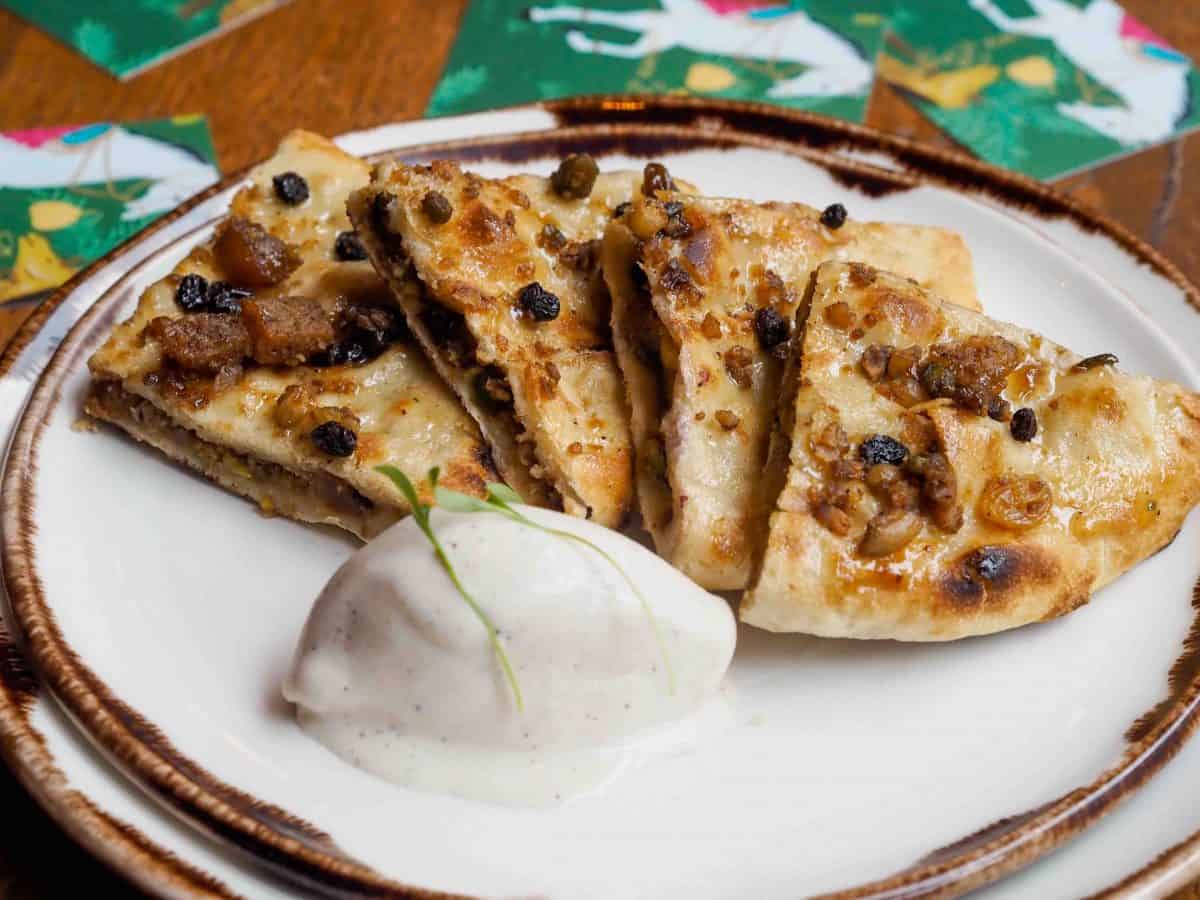 London’s first ever mince pie naan is back again this year by popular demand.

Fusing modern Indian spices with traditional homemade mincemeat it is the festive treat that you didn’t know you needed in your life, brought to you by the pre-eminent Cinnamon Bazaar in Covent Garden.

The secret spice blend matured in heady mix of rum, brandy and red wine will be exclusively available at the resraurant until the end of 2020.

Created by Vivek Singh the signature Garam Masala Mince Pie sees his much-loved buttery naan bread generously stuffed with Cinnamon Bazaar’s delicious homemade mincemeat: a secret blend of dried fruit and nuts which has been matured for six months in not one but three types of alcohol and Vivek’s garam masala spice blend.

This is the year to indulge so go all out and top with a scoop of cinnamon ice cream for the ultimate festive treat.

The Garam Masala Mince Pie Naan is available from now until the end of December and costs £7 with cinnamon ice cream, £6 without.