Paris Saint-Germain and Istanbul Basaksehir walked off the pitch after the fourth official was accused of using a racist term towards the Turkish side’s assistant coach. 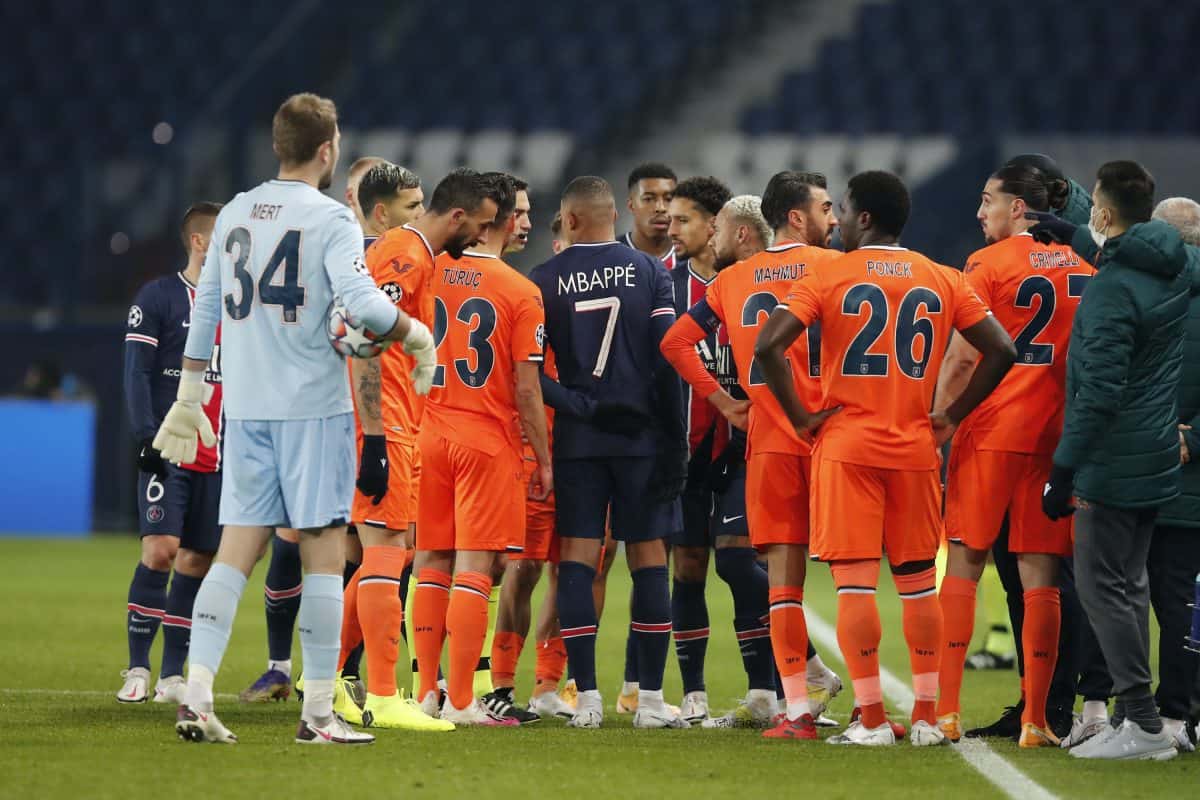 Ex-England defender Rio Ferdinand warned football is at a “disturbing tipping point” after a number of incidents in the past week cast fresh scrutiny on the sport’s efforts to tackle racism.

Players from Paris Saint-Germain and Istanbul Basaksehir walked off the pitch after Romanian fourth official Sebastian Coltescu was accused of using a racist term towards the Turkish side’s assistant coach Pierre Webo.

The incident came just days after Millwall fans, in the first match they were permitted back in the ground to watch their side, booed players taking a knee in support of Black Lives Matter. They would later claim the booing was a protest at the ‘Marxist’ politics of BLM.

“Listen, I think we are at a disturbing tipping point,” Ferdinand said on BT Sport on Tuesday night. “We have got Millwall, the PSG game today, all in the same week. “Not a week goes by at the moment without an incident involving race and I think we are a point where something needs to be done.”

In a match versus Queens Park Rangers at The Den last night, there was no repeat of the ugly scenes that marred Saturday’s match against Derby. Instead, players sold arm-in-arm before kick-off in a show of solidarity against racism – prompting applause from the stands.

QPR player Ilias Chair did, however, take a knee in front of the 2,000 Millwall fans after scoring a stunning equaliser.

PSG and Istanbul Basaksehir are expected to resume their fixture on Wednesday night, after the players left the pitch in the 23rd minute and didn’t return.

Webo, Istanbul’s Cameroonian assistant coach, had been shown a red card in the 16th minute for protesting against a refereeing decision. That prompted substitute Demba Ba to confront the fourth official, Coltescu, over what he had said – which Reuters reported as being: “The black one over there. Go and check who he is. The black one over there, it’s not possible to act like that.”

In response, a clearly livid Ba could be seen in video footage saying: “You never say ‘this white guy’, you say: ‘These guys’. So, listen to me, why when you mention a black guy do you have to say ‘this black guy’?”

Ba could also then be seen in footage confronting Ovidiu Hategan – the referee – and saying to him: “Why he say negro?”