I don’t know about you, but flat whites really get on my wick. It’s not so much the concept that bothers me – it’s just a cappuccino with less froth or a macchiato with more froth –  but the precedent. You see, you seldom get served a flat white in a regular coffee mug. It […] 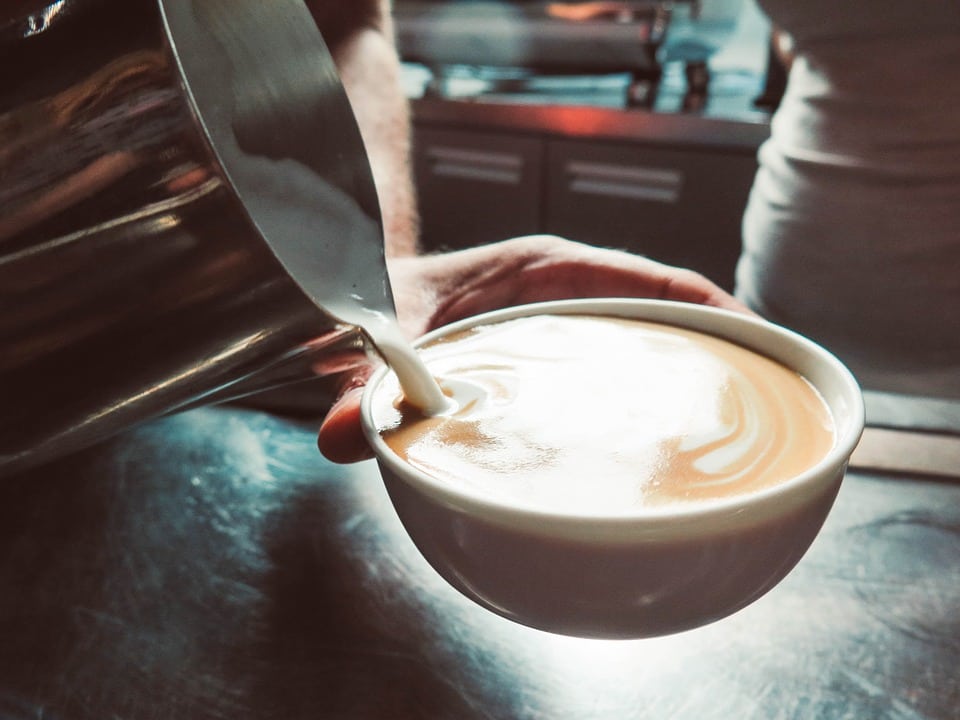 I don’t know about you, but flat whites really get on my wick.

It’s not so much the concept that bothers me – it’s just a cappuccino with less froth or a macchiato with more froth –  but the precedent.

You see, you seldom get served a flat white in a regular coffee mug. It comes in tumblers, martini glasses or fucking champagne flutes. And you’d feel hard done by if it didn’t come with a pretty leaf shape on top.

But as aesthetically pleasing all this wankifery is it doesn’t make for a good brew, and even if it did you’ve just killed any semblance of good quality coffee with layers of frothy milk.

Call me a purist, but a good coffee should be unsullied. It should come in a mug with a layer of crisp, golden-brown crema and a glass of water on the side so you can savour the taste. Flat shites are the antithesis of this. But coffee aside, they have become symbolic of the industry as a whole.

The flat white fad was born not because people wanted a more accessible espresso or a less heavy cappuccino, but because they like taking pictures of what they’re consuming. They like checking in to “Grind” or “Fix” or “Alchemy” or whatever aberration of “cafe” has been dreamed up and let people marvel at how hip they have become because their brew has a fancy leaf on it and your milk and two sugars looks like pale Bovril.

For me, this decay of the food industry was underlined in the difference between two eateries named Counter and Parlour I visited last year. The former was comfortably part of the flat shite economy. The food was exuberant, flashy and made your arm twitch in search of your camera phone, but it was ultimately cheap and tasteless. The latter did the opposite. Their salmon just looked like salmon on the eye, but it was smoked on-site and served with homemade sourdough to die for. Likewise they served their cheeseboard with a selection of delectable home-made crackers, but they came in a basket and not in some intricate tower crafted to look like the London skyline.

Our Food Editor Jon Hatchman got it right in his assessment of the plate-less food phenomenon. In his words, it’s not the restaurants and cafes at fault, but social media. “Eating out used to be special, a time to socialise and a time to tantalise your taste buds with some incredible food that you’re unable to recreate at home. Nowadays, it’s unlikely that 95 per cent of diners are unable to endure a whole dining experience without the aid of a mobile phone.”

So the next time you head down to your favourite cafe to enjoy an espresso in a test tube or you take afternoon tea out of a flat cap or eat supper from a volcanic rock take a moment to think “Does this actually taste good?” The flat shite economy is predicated entirely on our snap and share society, but if you close Insta for one moment and be mindful of what your consuming you may realise that it is an entirely false one.