by Hugo Brown
in Food and Drink 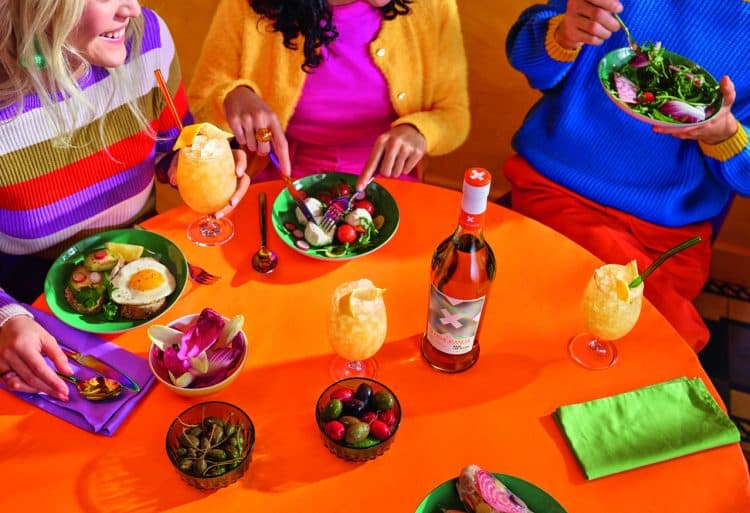 A whisky made for mixing might have most enthusiasts laughing (or crying) into their tumblers. Indeed, there’s a purity to the spirit and its creation which fascinates many. This is especially true of Scotland. Generally, it is the triumvirate of location, distillation and maturation which is key in the spirit’s production. Some like the heavy peaty whiskies of Islay (Laphroaig being the most well-known), others prefer the sweeter iterations of Speyside (think Macallan) and some the gentler notes of Lowland whisky (Glenkinchie). Once bottled, most should be served as they come or with a dash of water.

So X from Glenmorangie represents something a slightly left field from the Scottish distillery in Tain. And it’s perhaps a smart move. Certainly, most people in their 20s are more likely to pick up a bottle of Jack Daniels than track down a 20-year-old Glenfarclas. That’s because they’re either going to drown it in ice or mix it with something. The latter is the express purpose of this new whisky. The tagline is ‘made to mix’.

Necessarily, the flavour is gentler than most single malts and largely characterised by being both sweet and rich. This is so the drink can serve its purpose of being mixed with everything from tonic and coke to more modern iterations such as peach iced tea or pineapple and rosehip sodas. There’s a selection of recipes at Glenmorangie.com and it is worth playing around – that’s part of the fun, of course. It’s refreshing and drinkable, words not always associated with whisky, and from the tasting notes vanilla, honeysuckle and pear seem most prominent.

This is a clever idea from Glenmorangie and one that the company is clearly taking seriously by emphasising that X is both a single malt and aged in bourbon casks. In the coming years whisky brands will likely need to get creative in order to appeal to a younger audience. And Glenmorangie is certainly doing this.

Glenmorangie has also unveiled a new limited-edition single malt in collaboration with Japanese floral sculptor Azuma Makoto. With notes of jasmine, geranium and narcissus, the Glenmorangie 18 Years Old Limited-Edition with Azuma Makoto will be available from 1st November, RRP £100, 70cl.