“If Douglas Ross wants to get off his phone for a moment while we’re talking about this really serious issue," the SNP leader said. 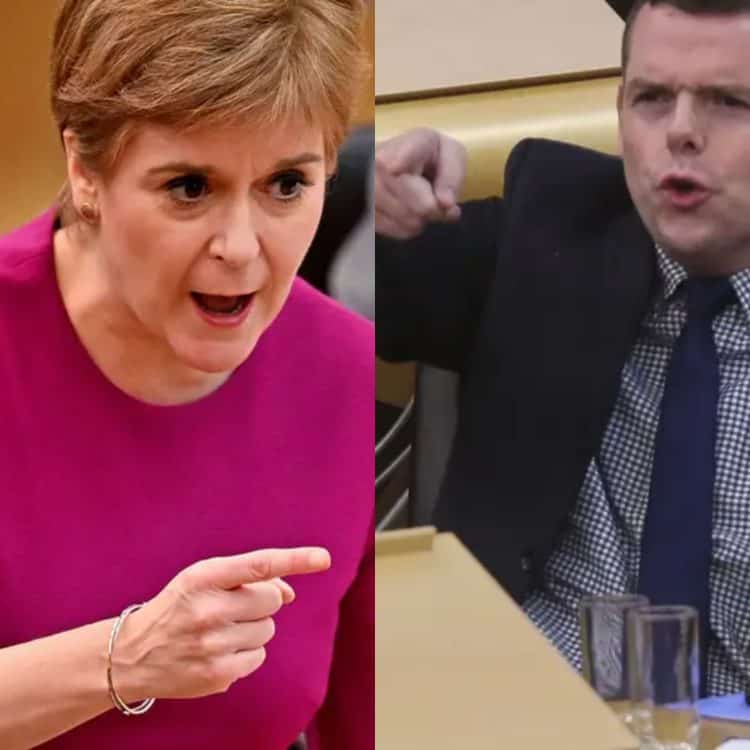 The First Minister of Scotland and Scottish National Party leader told the Scottish Tories leader to “get off his phone” during a debate about planned Universal Credit cuts.

Nicola Sturgeon asked “if Douglas Ross wants to get off his phone for a moment while we’re talking about this really serious issue”.

She asked all MPs to “unite” and tell the UK government “do not do this”, as she labelled the £20-a-week cut “morally indefensible”.

“But I don’t think there has been anything quite so morally indefensible as this cut to universal credit that is planned to take effect in a week.

“Taking at this time in particular £20 a week away from the most vulnerable lowest income at households across the country simply cannot be defended in any way, shape or form.”

Addressing the Conservatives in the chamber, she added: “I do say to the Conservatives here, if Douglas Ross wants to get off his phone for a moment while we’re talking about this really serious issue, please, over the next few days try to persuade your UK government colleagues not to do this.

“It is your constituents just as it is mine and the constituents of every member in this chamber who are going to find it difficult to feed their children, to pay their energy bills and to live with dignity.”

This week, housing charity Crisis warned as many as 100,000 renting households will be at risk of eviction because of the cuts.

The proportion of private renters reliant on benefits in England has surged to roughly one in three since the onset of the pandemic, leaving thousands at risk of homelessness when the temporary uplift is cut.

“For many struggling renters this cut could be the final blow that forces them from their homes,” Jon Sparkes, the chief executive of Crisis, told the Guardian.

The government has been accused of an “11th hour attempt to save face” by announcing a £500 million fund for vulnerable families as it pushes ahead with the widely-opposed cut to Universal Credit payments.

Charities said the targeted Household Support Fund, announced by the Department for Work and Pensions on Thursday, is “a fraction of what’s needed” and what is being cut.