I have spent two decades being a private chef for High New Worth (HNW) and Ultra High Net Worth (UHNW) clients all over Europe and on super yachts. What I have become experienced at is keeping secrets. Here is what I remember about cooking for the Italian Genius and his Unbalance Canadian wife. To protect the […] 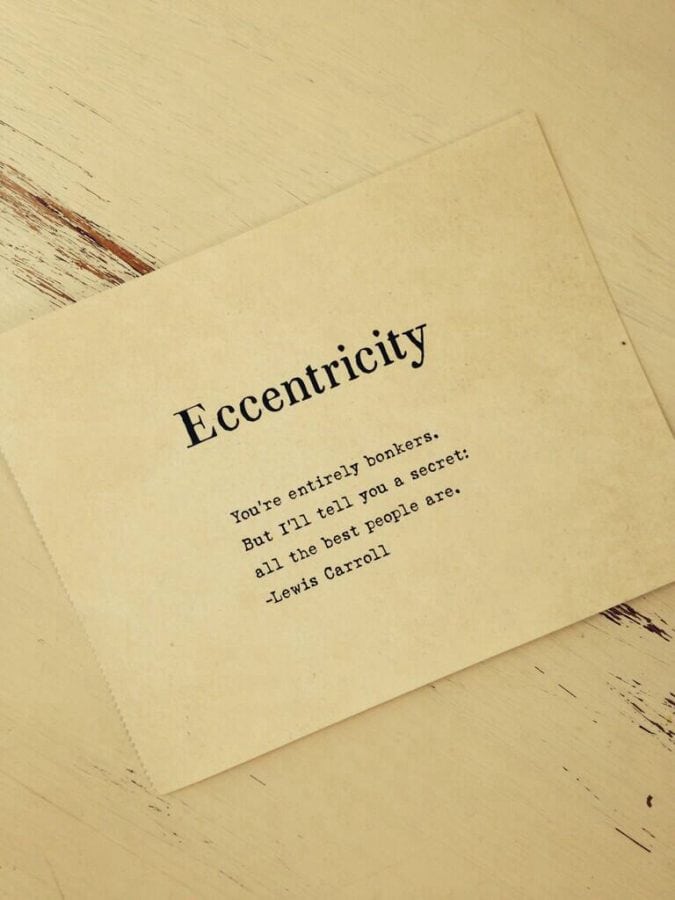 I have spent two decades being a private chef for High New Worth (HNW) and Ultra High Net Worth (UHNW) clients all over Europe and on super yachts. What I have become experienced at is keeping secrets. Here is what I remember about cooking for the Italian Genius and his Unbalance Canadian wife. To protect the innocent, the guilty and myself, nothing I tell you will be quite true.

I’d been sent to an interview by my agency to meet the Unbalanced Canadian at her family’s London abode. The agency brief (warning) had been ‘she’s a bit nuts and he’s a Genius, a household name in Italy, look him up’. The interview having gone well, I was asked to go and cook on the island the following weekend for the Italian Genius’ birthday party.

At the heliport a large amount of flirting was required to get my chef’s kit, including an arsenal of knives, onto the chopper. Once on the island I was greeted by the Unbalanced Canadian, who stamped out a cigarette and lead me over to a somewhat battered Range Rover already full of people, dogs, cases of wine and a fragrant large whole Serrano ham which the dogs had already pierced. A dog was gently hit on the nose with its lead and with nowhere to sit I was placed on an Italian princess’ lap.

The Unbalanced Canadian drove and introduced me to the occupants of the car. She started with the dogs, then the princess (a dear friend) then children (some of whom appeared to be hers) finishing with the other adults. Various shops, bakeries and butchers were pointed out to me as we bounced along the island’s narrow roads towards the family’s house. We also discussed a menu for a ‘late lunch’ to be served ‘around 4.30pm’. I pulled my kitchen note book out of my hand bag and took jolty notes: menu, number of guests, ask for Philip at the butchers, no dressing on the salad, 4.30pm.

We pulled up at a house that overlooked the whole island but was invisible from the road. The Range Rover disgorged its contents and I had a quick look at the kitchen while the others started tucking into the slobbered on ham as an improvised snack. Needing to head back to the shops for provisions I borrowed the keys and nearly backed into a rather sweaty man who was lurking in the shrubbery having a cigarette. He didn’t look like paparazzi so I gave him a cheery wave.

Having tracked down most of the necessary ingredients I returned to find a couple of people chasing a dog with a high healed shoe in its mouth around the garden. Cracking open some Prosecco from her first husband’s vineyard, the Princess kindly offered to lay the table.

More guests arrived as zero hour approached. Some seemed to be neighbours, while others had journeyed from New York, London, Rome, Milan and Edinburgh to be here for the celebrations. Everyone, even the children, oozed style. I was curious to meet the Italian Genius. From the kitchen I could hear the volume in the drawing room increasing as I was fighting against the clock to get the starter ready on time.

In a bit of a flap I placed the cold starters at each place setting in the dining room. At 4.30pm precisely I entered the drawing room and approached the Unbalanced Canadian. I said ‘Whenever you are ready’ which is private chef code for ‘Get your guests to sit down NOW’.

With its panoramic view of the headland and the sea, the bright, high ceilinged, dining room was an impressive venue for a gathering of friends. From the kitchen I could hear the guests taking their seats. Surely I would now meet the elusive Italian Genius at his birthday meal.

When I returned to remove the starter plates I noticed the sweaty man from the shrubbery was sitting at the head of the table. This was the Birthday boy, the Italian Genius. He was still smoking and still sweaty. I smiled at him by way of introducing myself, he touched my hand as I removed his starter plate and said ‘very nice, dear’. Maybe this was done with a sweet intention but it felt inappropriate.

A little later when I cleared the main course plates I noticed a lot of cigarettes and a case of Barolo had been consumed by the happy, chatty guests. There was the buzz of old friends catching up and the planning of opera, yacht and skiing trips.

The Unbalance Canadian motioned to me and I went over to her. She told me to give it ‘a while’ before I served pudding. That was ok with me because I had managed to destroy the kitchen.

I could hear the guests moving around the drawing room and saw them admiring the garden and the view. The sun, low in the sky at this hour, added a breathtaking orange and bluish hue to the panorama.

Once the kitchen was clean I peeked back into the dining room to see if it was ok to serve pudding. We had decided against a birthday cake. Instead I had made chocolate and amaretto mousse. I’d found some delicate little glasses so I could make individual mousses which I nestled on fine saucers beside engraved, elongated silver teaspoons.

With nothing left to tidy I made myself a cup of tea and organised the set up for coffee which would be served after the meal. It was now a little over an hour since I’d cleared the main course plates.

To waste time I walked up the stairs in the ornate wooden entrance hall to find the bedroom where my overnight bag had been taken. I could at least unpack and see if the adjoining bathroom contained an actual bath. As I mounted the stairs I heard snoring, loud, ill sounding, snoring.

Before I’d even got to the landing I could see the master bedroom door was ajar and inside the Italian Genius was lying across the base of the bed, in a shaft of sunlight, snoring.

The birthday boy had absented himself from his guests and his celebratory lunch and gone for a siesta.

The experience of this weekend didn’t put me off. I ended up working for this family for a good few years. In the months that followed I would see many more unusual things, including the drug dealing plumber, the divorce lawyer who was having an affair and of course the infamous bathrobe story.