Since its Christmas, here is a Christmas story. To protect the innocent, the guilty and myself, nothing I tell you will be quite true. My qualification for being your secret chef is spending two decades as a private chef for High Net Worth (HNW) and Ultra High Net Worth (UHNW) clients all over Europe and […] 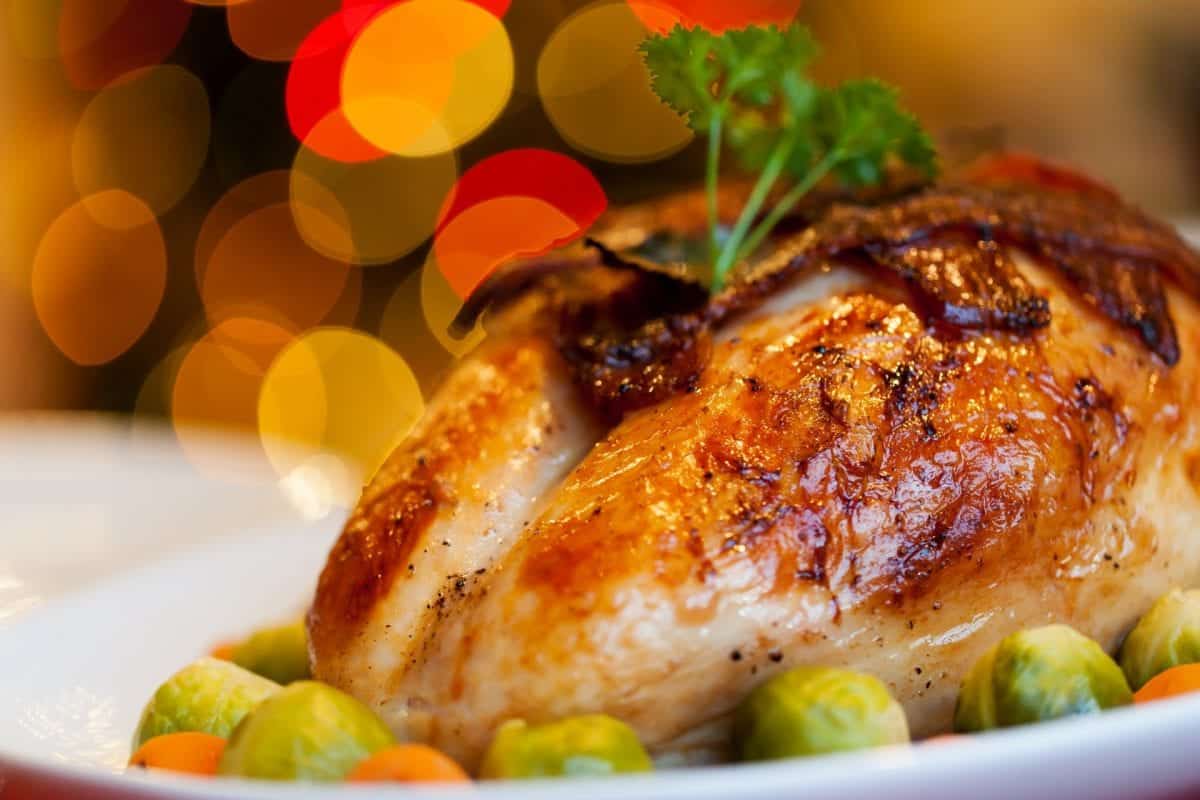 Since its Christmas, here is a Christmas story. To protect the innocent, the guilty and myself, nothing I tell you will be quite true.

My qualification for being your secret chef is spending two decades as a private chef for High Net Worth (HNW) and Ultra High Net Worth (UHNW) clients all over Europe and on super yachts. What I have become experienced at is keeping secrets. Here is what I remember about Christmas in Dublin for a Swiss family.

This family were new to living in Ireland and I’d joined them in February. As November moved into December I was bracing myself for the first Christmas with the family. Just before I joined them they had moved into a beautiful Georgian town house overlooking one of Dublin’s finest Squares. The house was beautiful, luxurious with every modern amenity but without being bling. Their Swiss interior designer had flow over and spent a month preparing everything so it was turn-key ready for the family.

Christmas is obviously a time when expectations are very high and traditions play a huge part. From working in many different countries and with a rainbow of cultures I am fully aware that traditions might not make any sense to someone from outside the culture in question. Think cheese rolling, Punch and Judy and mince pies… how would a Brit explain these elements of UK culture to a Norwegian? So I was expecting that a Swiss Christmas would have a few key elements that could trip me up.

The Swiss family had two children, a girl of 8 and a boy of 5. In the run up to Christmas the children, who often seemed to be primarily fashion accessories, were talking centre stage. To add to the festivities the nanny, who was never allowed a day off, had walked out two days before the Lapland trip. With no nanny to care for the children, these school holidays might hold some genuine family time. The family were using the company jet to go to Germany to pick up a puppy they had noticed whilst casually googling, then it was off to Lapland to see Father Christmas. Later they had realised that the puppy might be cold in Lapland so they decided to do the trip in reverse. Father Christmas then puppy pick up.

Whilst they were away I was charged with decorating the house in Dublin. Fortunately well before they left I had the foresight to go room by room with my female boss to ask her what she expected in each room. She was distracted during the walk through, she was on the phone and a friend of hers arrived half way though so my attempt to be fully briefed was unsuccessful. The only thing I felt I knew for sure was how tall the Christmas trees in the drawing room and the entrance hall should be. To make sure she fully understood what the trees would look like, I held up a broom handle to the height of 2m, 2.5m, 3m and 3.5m (scraping the ceiling in the drawing room) to mimic the size of the tree. She stopped chatting on the phone and directly told me the size she wanted for both the drawing room and the entrance hall. Having slightly better than nothing to go on, I called the house keeper at the family’s ski chalet in Switzerland to ask her decorating advice and for any photos she might have of the chalet’s Christmas decorations. Helga was very helpful and I got the full low down. Just to be sure I also called the head interior designer in Zurich.

I now felt confident that I could pull off a magnificently decorated house that would please my female boss when she returned from the Lapland/puppy trip late in the day on December 23rd. Even if I missed the mark, I comforted myself with the fact that they we were all off to the chalet on Boxing Day. If anything was not spot on, in the two and a half days they were in Dublin, I’d probably get away with it. The budget was the same as I had spent on the last car I bought.

Ordering the big trees in Dublin wasn’t easy, but after a few days of phone calls and visits to forests (on my days off) I found two trees. These were the sort of trees that usually end up in Hotels or high end offices. They aren’t cheap.

As soon as the family left on the trip the guys with the trees arrived. Once the vacuuming was done, the two housekeepers and I spent an entire day up step ladders just getting the drawing room ‘perfect’. The rest of the house we managed to knock out in one long day, admittedly we had cracked open the Baileys.

Also all of the local pet shop had been bought and two chickens had been roasted in preparation for the puppy’s arrival.

In the evening of the day before Christmas Eve the driver sent a text to say the jet had landed. This gave us exactly 45 minutes before the family crossed the threshold. I did a last minute fiddle to get dinner ready and the housekeepers lit all the candles and fires in the house.

Within minutes of arriving my female boss came to see me in the kitchen. She was looking very ‘Lapland’ in snow queen make up and what I suspected was a recently purchased entirely new outfit. I remarked on how cosy she was in her fur trimmed jacket and boots. She confided in me that the shopping had been ‘fabulous’, the children ‘loved’ the puppy but the ice hotel had been ‘dripping’.

She asked me if I had a moment to go up to the drawing room. I sensed this wasn’t going to be a good ‘moment’.

Once in the drawing room she pointed at the tree and said in a little girl voice ‘I don’t like my tree, get me a new one’.

Her snow queen make up, combined with a frowny, sulky, mask of a face made me realise there was no way out of this. The tree’s unacceptable quality was the fact that it started ‘too high up’. I reached for my phone.

Somehow the magnificent guys at the Christmas Tree farm delivered their ’emergency tree’ (they always had a back up for the unforeseen cock up or panic last minute order) to the house 90 minutes later. The tree truck stopped all the traffic in Dublin in the delicate operation of unloading and reloading the trees. Meanwhile the two housekeepers stayed late and spent the entire 90 minutes stripping the intricately decorated failure tree as I was serving fondue and charcuterie followed by apple crumble in the dining room.

It took the two housekeepers and myself until 2am to have the tree redecorated. We stopped only to clear up puppy accidents on the carpet. Finally Madame was happy.

And yes, we did all get a very good bonus that Christmas.