"Follow the rules, buy a beer and together we can help businesses to make it out the other side of tier 3 and curfews," the brewers said. 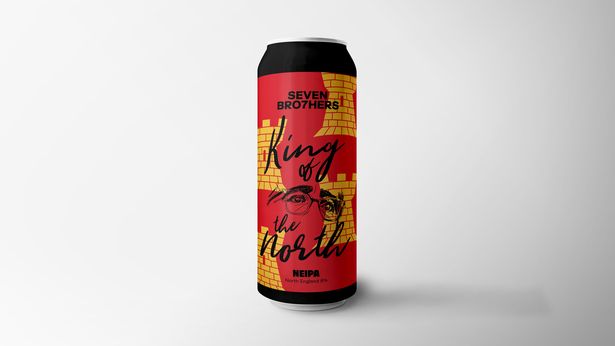 A Greater Manchester brewery has released a new IPA in tribute to mayor Andy Burnham’s bid to help raise money for struggling businesses in the city, naming it ‘King of the North’.

Seven Brothers has teamed up with TiPJAR and businesses across the city to raise funds for individuals who are most vulnerable at present.

The team said customers will be able to scan a QR code on the back of the beer cans to give a ‘tip’. It will be sold in Manchester establishments, including BrewDog bars.

Keith McAvoy, CEO, said: “We can’t ignore the Covid rates across our region but many businesses have been impacted by the constant rule changing and restrictions. Tier three has seen some establishments close, and they won’t open their doors again.

Following weeks of negotiations with the Government, Greater Manchester was forced into the toughest Tier 3 restrictions last week.

A legal challenge has already been launched by the city’s hospitality sector and nighttime economy adviser Sacha Lord over the closure of pubs and bars.