By Jonathan Hatchman, Food Editor, @TLE_Food As we press further into the new year, S.Pellegrino’s Young Chef competition has returned once again for a 2016 instalment. Last year’s contest was a resounding success, especially for the UK & Ireland heat, with Irish chef Mark Moriarty winning the overall competition, named champion in Milan last year, […] 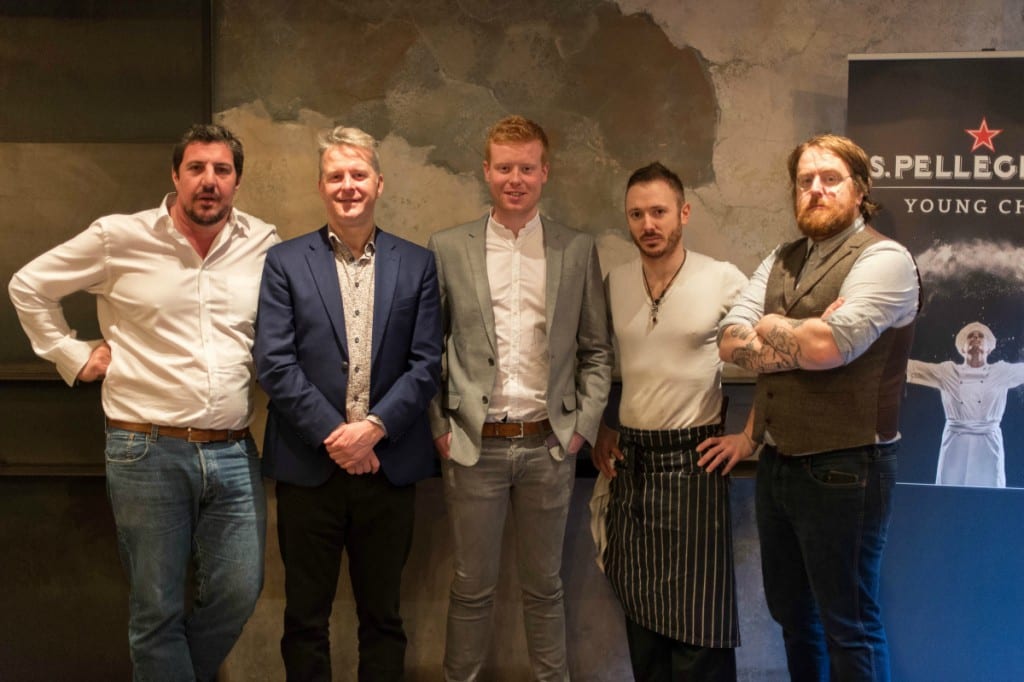 As we press further into the new year, S.Pellegrino’s Young Chef competition has returned once again for a 2016 instalment. Last year’s contest was a resounding success, especially for the UK & Ireland heat, with Irish chef Mark Moriarty winning the overall competition, named champion in Milan last year, having been coached by mentor Clare Smyth, previously Head Chef at Gordon Ramsay’s three Michelin-star restaurant in Chelsea.

Applications for this year are now open for chefs under the age of 30, with at least one year’s experience in a restaurant kitchen. Again, the international project has divided the world into 20 competing regions, with 100 top chefs from across the globe on hand as jurors. As the competition ensues, a winner of each 20 regions will cook-off against one another in the grand final in Milan later this year

The overall competition for this year will feature a judging panel known as the Seven Sages, featuring David Higgs, Carlo Cracco, Gaggan Anand, Elena Arzak, Mauro Colagreco, Wylie Dufresne and Roberta Sudbrack. Meanwhile, each regional heat will have its own judges, with Hibiscus Chef Patron Claude Bosi, Dabbous Chef Patron Ollie Dabbous, Chef and restaurateur JP McMahon, and Ross Lewis – Head Chef of Chapter One, in Dublin. Claude Bosi will then go on to mentor the victor of the UK & Ireland regional finals.

Earlier this week, the four judges and last year’s winner gathered in London to mark the launch of this year’s competition. Taking place at none other than Oskar’s Bar beneath Dabbous, the event featured a brief questions and answers session as well as breakfast for guests prepared by the Michelin-starred kitchen upstairs. Dishes included prettily presented Bircher muesli with rhubarb, hot smoked salmon with fried duck egg, and a delicious home-made black pudding paired with bubble and squeak, a fried duck egg and harmoniously sweet mango chutney.

Speaking of last year’s Young Chef competition, Mark Moriarty commented: “I was delighted and honoured to be named S.Pellegrino Young Chef 2015. The journey was an unforgettable, one off experience that I will always remember. I met so many fantastic chefs along the way and the title has made an incredible difference to my career as a whole”.

From 1st January until 31st March 2016, all young chefs across the globe will have the opportunity to submit their application together with their signature dish, in English, via finedininglovers.com – the online magazine for food enthusiasts proudly endorsed by S.Pellegrino and Acqua Panna. Young chefs must be no older than 30 and are required to have at least one year’s experience working in a restaurant as chefs, sous chefs or chefs de partie.

All candidates will be divided into 20 regions (according to their geographic origin) and their applications will be assessed by ALMA, the world’s leading international training centre for Italian Cuisine (alma.scuolacucina.it). Throughout the month of April, ALMA will select the ten finalists for each region following five Golden Rules: ingredients, skills, genius, beauty and message.

The selected ten finalists for each market will move on to the Local Finals, where live competitions will be held locally in each region from 1st May until 15th August. During these events, the area finalists will have to cook their signature dishes for an exclusive regional jury composed of independent top chefs, who will taste the dishes and select the winner, following the ‘five Golden Rules’.  The 2016 UK & Ireland judging panel includes fantastic chefs, such as Claude Bosi, Ollie Dabbous, JP McMahon and Ross Lewis.

By the end of August 2016, the 20 Best Regional Young Chefs from each world region will be announced as the official finalists. Each finalist will be assigned a Mentor Chef: a member of the regional jury, who will provide the young chefs with suggestions to improve their signature dishes and to help them prepare for the global finals. The UK & Ireland mentor chef will be two Michelin starred chef and owner of Hibiscus, Claude Bosi.

On 13th October 2016, all Young Chef finalists will gather in Milan for the final phase, which will consist of a two-days intense cooking competition in front of the international panel of judges, the Seven Sages, that will award the S.Pellegrino Young Chef 2016.

Applications are now open until the end of March  via finedininglovers.com. Further information on the competition can also be found there. We’ll be following this year’s competition very closely with regular updates set to follow as the competition commences.