By Maggie Majstrova, @foodstrova For weeks now, on my way to and from one of my client’s offices, I’ve been passing The Brookmill – its windows shuttered, its façade hidden by scaffolding. These are the unmistakable signs of refurbishment that fill me with equal measures of excitement and dread. How will it turn out? Will […] 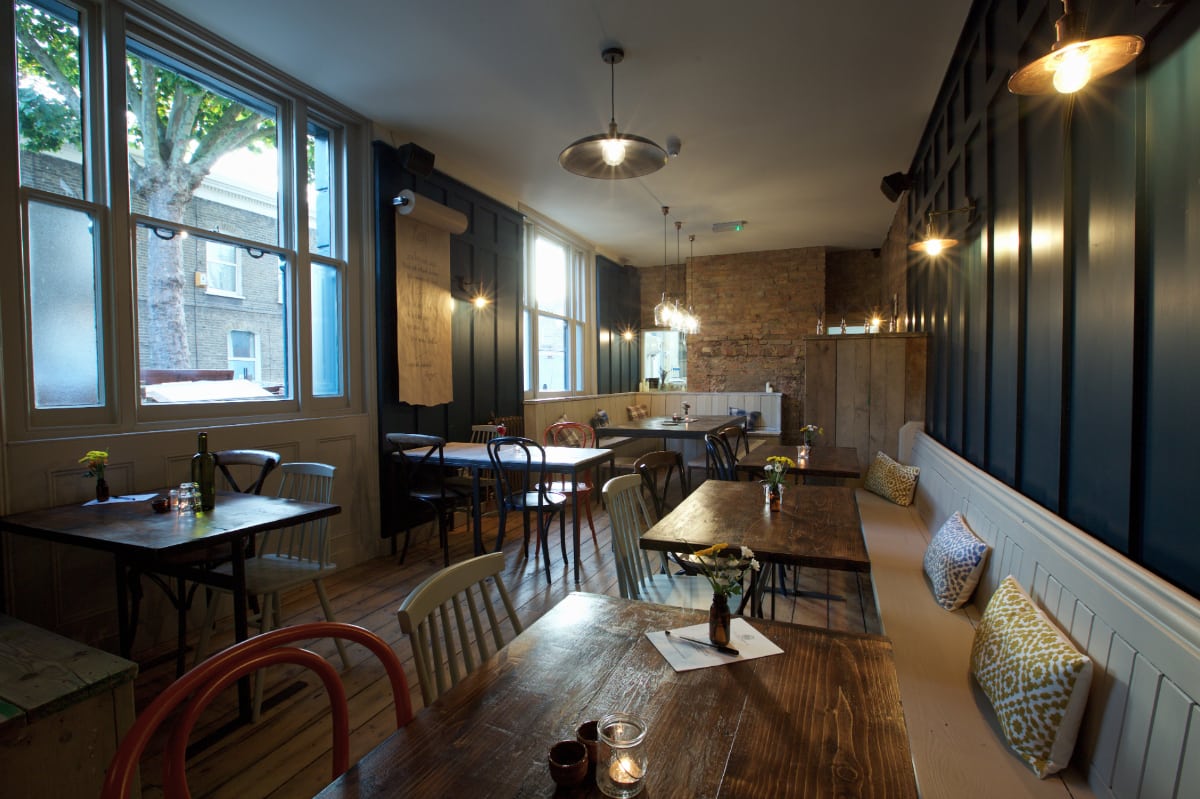 For weeks now, on my way to and from one of my client’s offices, I’ve been passing The Brookmill – its windows shuttered, its façade hidden by scaffolding. These are the unmistakable signs of refurbishment that fill me with equal measures of excitement and dread. How will it turn out? Will it be somewhere fabulous, or somewhere utterly horrendous?

Before Christmas, The Brookmill finally re-opened, premiering the final result. It’s a 19th Century Victorian corner pub, with a huge beer garden, so admittedly, the blank canvas was a strong starting point.  The refurbishment has conserved all of the little quirks and the general Victorian air( complete with tiny ‘reading nook’ below the stairs), while touching up the décor down to the little touches like copper beer taps and lavender-scented hand balm in the bathroom. As for the food, we visited for a Sunday roast. Arriving fairly late (around 6pm), we quickly nestled into the last unreserved table, we ordered a couple of pints of Meantime Pale Ale and both opted for the roast beef. The other choice was pork belly.

That surprisingly common, dry piece of beef, that tastes like it’s been sitting on a hotplate for the last 6 months, you’re thinking.  With some sauce (probably horseradish) and some possibly decent roasties. Right? Well – in this case, you’re wrong. Roast sirloin of beef was cooked to medium rare, like a mix between a steak dinner and a great Sunday roast.

The accompanying fondant carrots were exceptional – I could have eaten a whole plateful. The horseradish sauce packed just the right amount of kick, the roast potatoes were crispy on the outside and fluffy on the inside, and even the cabbage was worth savouring (thanks to the taste of butter seeping through). Alas, the Yorkshire pudding was dry, although our late arrival could be to blame, partially.  A little more gravy (or even red wine jus, in this instance), would have been welcome.

Overall, The Brookmill’s refurbishment has been a success, in terms of the general atmosphere – the service is quick but not intrusive, the pub feels welcoming but cosy – plus the revamped menu. Although our Sunday roast did have one or two small issues, on the whole, the treatment of each of the ingredients and ability to draw out as much flavour as possible is impressive.

The Brookmill can be found at 65 Cranbrook Road, London, SE8 4EJ.