It is a subject that I’ve touched upon before, but after four years, the thought of paying in excess of £30 to visit the top of The Shard still baffles me. Indeed, the view across the city is exceptional, providing that the weather is clear and the clouds are higher than the 800-foot viewing platform. […] 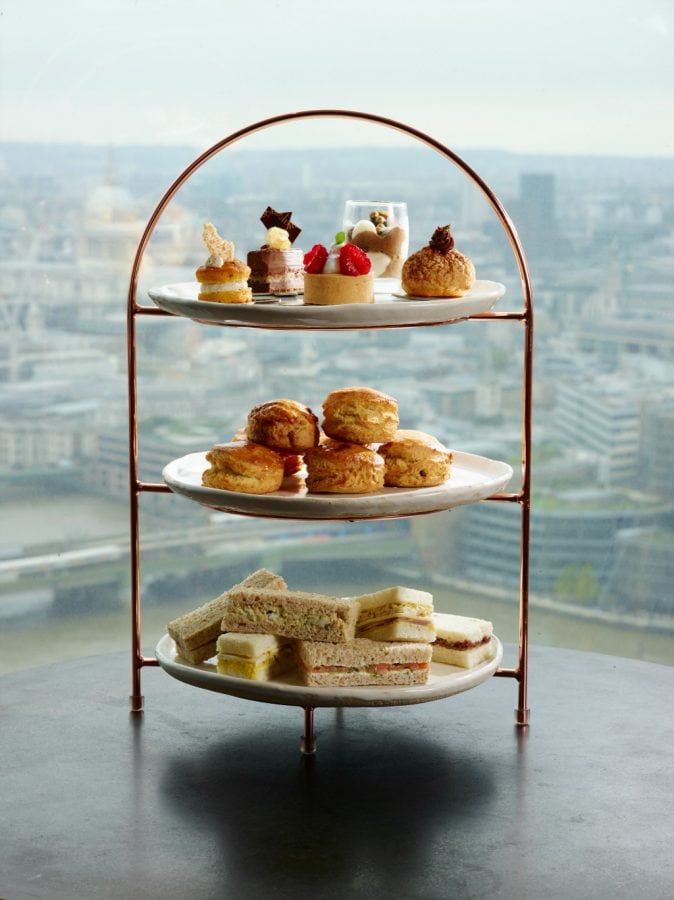 It is a subject that I’ve touched upon before, but after four years, the thought of paying in excess of £30 to visit the top of The Shard still baffles me.

Indeed, the view across the city is exceptional, providing that the weather is clear and the clouds are higher than the 800-foot viewing platform. However, the main view to be excited about is that of the city’s other very close skyscrapers, Canary Wharf, Parliament, the London Eye and maybe even the O2 and Olympic Stadium on a clear day. Nonetheless, all of these landmarks are perfectly visible from the 32nd floor of the Shard for the mere cost of a drink.

Perched between Aqua Shard on floor 31 and Hutong on the 33rd, Oblix is split down the middle. The lounge bar faces the east, serving lavish cocktails and hosting live jazz bands in the evening, while the west-facing restaurant is accessed through an open kitchen and serves generally expensive Modern-European food with a big focus on steak. Alternatively, a new afternoon tea menu has been launched for Autumn, available from 3:30pm in the bar/lounge and priced at £38 (or £48 with a glass of Champagne).

Beginning with the savoury options, sandwiches include the likes of classic smoked salmon and cream cheese on rye bread, plus ham with Alexandra cheese from the Urban Cheesemaker’s industrial estate in Tottenham, paired with shavings of celeriac and hot mustard. Elsewhere, Oblix’s version of coronation chicken was paired with mango chutney and coriander to produce a remarkable blend of flavours.

There’s not a cucumber sandwich in site, though homage is still paid to humble egg mayonnaise. This particular version combined duck eggs with truffle-infused mayonnaise to bring a taste of excessive luxury to the richness of the egg yolks. All of the sandwich fillings were, in fact, great – yet would have been so much better had the whole sandwiches not been served fridge-cold and thus slightly soggy.

For the sweet section of the afternoon tea, there’s more than enough to sate any sweet-toothed foodie. First, a whopping plate of twelve scones arrived for our party of two – which no matter how delicious they were, seemed unnecessary and somewhat wasteful. With the pastries, a dinky sea buckthorn meringue tart delivered a palate cleansing sharpness topped with luscious raspberries, while the “café mocha” served in a shot glass comprised nuggets of chocolate brownie with a ludicrously decadent sauce.

Heavily inspired by Cadbury’s Crunchie chocolate bar, Oblix’s chocolate pecan bar looks beautiful with its layers of chocolate and biscuit, topped with a nugget of honeycomb. The dish is, however, overbearingly sweet alongside the other pastries from the afternoon tea cake stand. Far better was a choux bun that had been piped with rich chocolate stout and sweet, slightly acidic pear, both working in perfect harmony.

Overall, the afternoon tea at Oblix is generally very good. And priced at under £10 per person more than ‘The View from The Shard’, it would seem absolutely ridiculous to choose the top floor viewing platform in favour of the option which includes a delicious late lunch.