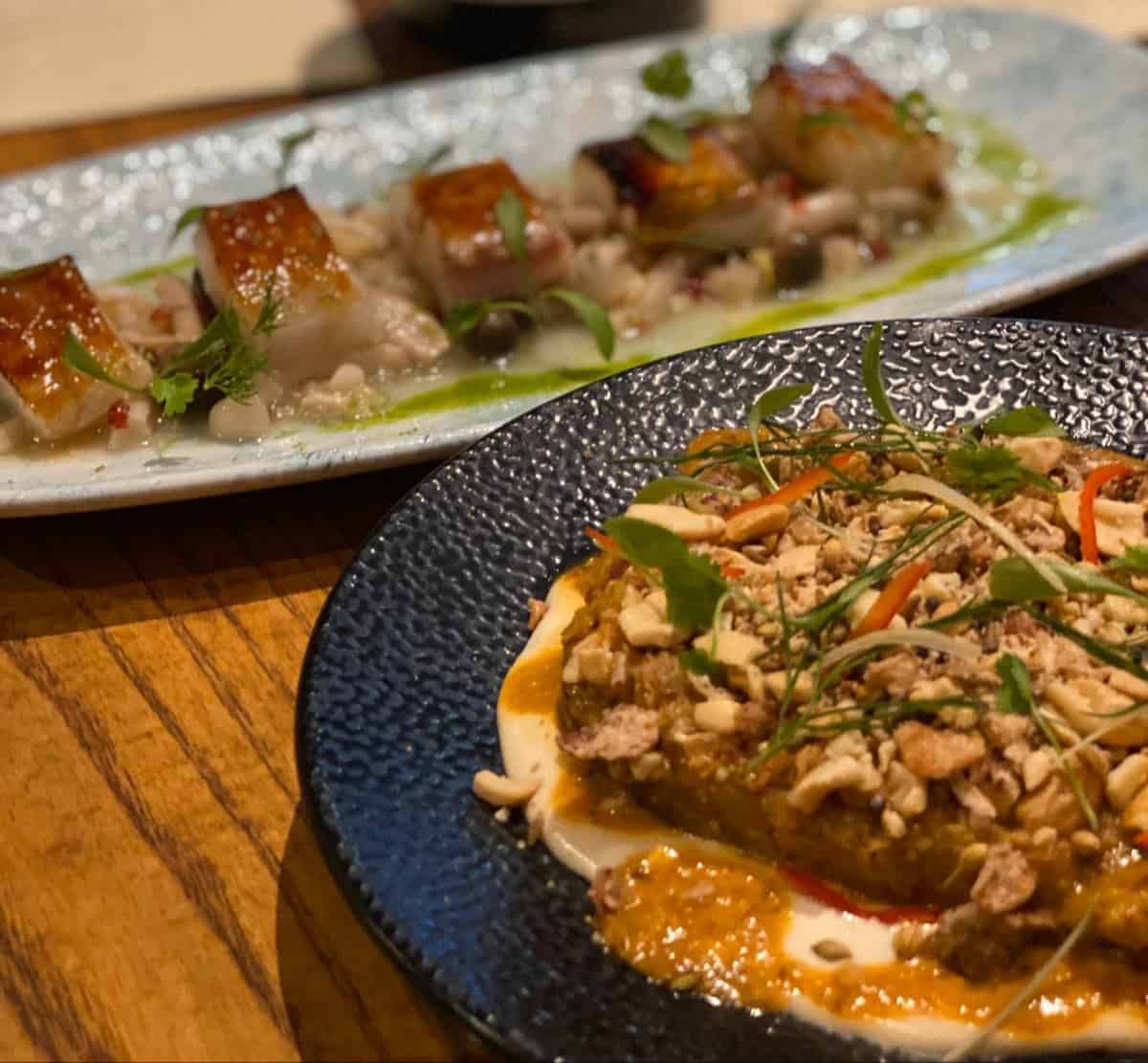 Despite being labelled a Portuguese restaurant, it would be a disservice to pin the worldly cuisine on offer at Volta do Mar to a single culinary heritage.

Loosely translating as ‘return from the sea’, the latest venture from husband and wife team Simon Mullins (formerly Co-Founder of the Salt Yard Group) and Isabel Almeida da Silva (Mirabelle, Delaunay) combines classic staples with dishes born of the country’s trading past and culinary interactions with countries such as Angola, Goa, Mozambique, Brazil, Macau and beyond.

Located in a charming double fronted Georgian town house, it puts diversity at the heart of its offering allowing punters to embark on their own voyage of discovery in the hands of Head Chef George Tannock, who honed his skills at The Dorchester, The Fat Duck, Zuma, Treves & Hyde and most recently Sexy Fish.

The frequently changing menu of both sharing and large plates is best navigated in the hands of the knowledgeable waiting staff, who expertly impart advice on the most popular dishes.

A recent visit started with marinated olives, sourdough bread accompanied with fluffy butter and chorizo which was suspended over a flaming terracotta dish to perfect Instagrammable effect. A claret from the Portuguese wine region of Dao offered an idyllic accompaniment, featuring a vibrant bouquet of wild fruits that is typical for the region.

Aubergine goan curry with cashew yoghurt followed as an intermediate course, offering a well-balanced fusion of tastes and textures that complimented and contrasted with each other nicely. Delicate chunks of Seabream were also served to the table with a crisp, syrupy outer layer topping soft white fish meat on a bed of pickled mushrooms.

A wonderful array of spiced dishes filled the table for the main course, paying a nod to South American, African and subcontinent influences with an added Portuguese twist. A tiger prawn and fish moqueca took pride of place with jugged shells protruding from a rich sauce of tomatoes, onions, garlic, lime and coriander. Cauliflower cooked in turmeric sat alongside choriço naan and another dish for the ‘gram’ in Moçambique Green Rice.

For dessert Grilled pineapple with chilli and coconut sorbet was an alluring choice and served as a perfect palate cleanser that wasn’t too heavy on the stomach. White chocolate serradura and raspberry is a pick for those with room still to spare.

Related: Restaurant Review: The Grill at The Dorchester