Hotter than a Central Line tube carriage during rush hour, St Leonards has quickly become one of the summer’s most critically-acclaimed new restaurant openings. Named after its address (on Leonard Street), the restaurant is the latest project from chefs Jackson Boxer and Andrew Clarke, having worked together at Boxer’s first restaurant, Brunswick House, in Vauxhall. […] 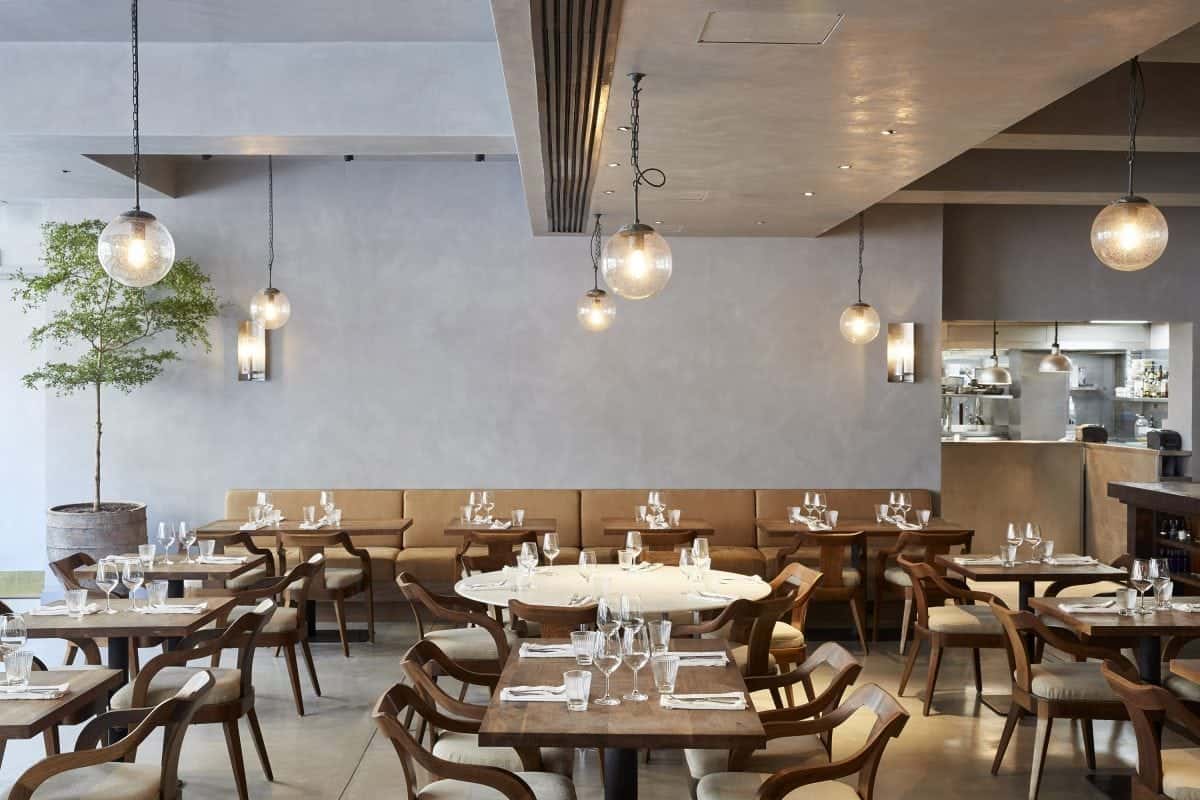 Hotter than a Central Line tube carriage during rush hour, St Leonards has quickly become one of the summer’s most critically-acclaimed new restaurant openings. Named after its address (on Leonard Street), the restaurant is the latest project from chefs Jackson Boxer and Andrew Clarke, having worked together at Boxer’s first restaurant, Brunswick House, in Vauxhall. As venerable Shoreditch appeared to have leaped from ‘up and coming’ to ‘up and came’, St Leonards follows a recent succession of highly lauded local restaurants: Brat, Leroy, Smoking Goat, Nuala.

Speaking to Esquire earlier this year, Boxer explained that the new restaurant is inspired by a “very, very drunken lunch” at Pound Farm – his mother’s home in West Sussex. With much of the produced sourced from the farm’s surrounding fields, the feast consisted largely of meats roasted over a hearth, fish, raw shellfish, salad and vegetables. With much of the produce used at the new restaurant also sourced from Pound Farm, St Leonards has a prominent focus on the English south east, as well as incorporating accents of the French south west.

The former Eyre Brothers site underwent a vast refurbishment to accommodate and open kitchen and a three-metre log-fired hearth, at the restaurant’s core, contrasting the ice bar which serves all manner of fresh seafood and shellfish. Elsewhere, the large 70-cover dining room features widely spaced tables and is festooned with polished concrete and ochre banquettes, accompanying a horse-shaped bar which straddles the hearth and ice bar. Although some dishes take a while to arrive, staff are charming throughout, bedecked in Fergus Henderson-esque French chore jackets.

From the ice bar, dinner began with Lindisfarne oysters in two different guises. ‘Dressed’ oysters were embellished with a peppery pickling liquor, harbouring scapes of pickled garlic and a welcome sweetness to complement. ‘Flamed’, on the other hand, were scorched and entombed by lardo enriched breadcrumbs – otherwise flavourless and lamentably sodden like those which ensnare supermarket-bought chicken Kievs.

Another raw seafood dish: slivers of mackerel were cut thick and crowned with bitter endive leaves. The fish was fine, but it’s the accompanying pool of soy butter that was borderline revelatory – demanding to be chased around the plate with copious piles of bread. St Leonards’ take on Japanese chawanmushi – a savoury custard – read like a contemporary example of outlandish culinary genius: the sort found in restaurants from Heston Blumenthal, Ollie Dabbous or Lee Tiernan. Instead, the foie gras custard was served fridge cold, divulging little flavour other than some profound iron richness matched with vomitus consistency. Drowning in the custard, nuggets of smoked eel had remarkable flavour (naturally), but even the under-seasoned quavers of crispy pork skin weren’t enough to salvage the dish’s magnificently evil texture.

Better was a primal dish of hake, cooked over the hearth. All main dishes are categorised by size, either practical for one, or to be shared between two to four diners. Although the portion size felt insignificant, the knuckle of fish was carefully cooked: tender, flaky and convoyed by sharp caper berries, bittersweet fennel cream and clippings of mint. Bavette steak seemed a fitting choice of cut, appropriate for aggressive grilling over heat. Well-seasoned and served medium-rare, the steak’s rich flavour (technically offal) was further bolstered by a blizzard of cured bone marrow – frozen and grated over the steak. An additional side, half of a Hispi cabbage was dipped in pig fat and grilled, coated with sprightly XO crumb.

Woolly, overly dense rhum baba was narrowly rescued by lashings of spirit, to finish, paired with overzealously smoked pineapple. Salt caramel and East India sherry tart was technically brilliant, though, offset by a scoop of ice cream carrying a refreshing snap of cardamom. A comparatively simple dish, executed remarkably. While aspects of the menu at St Leonards read like a hit parade of lip-smackingly adventurous flavour combinations; the simpler, primal dishes are, indubitably, the most gratifying.