With an entire population smaller than that of just London, it’s easy to forget that Scotland exports an outstanding percentage of the world’s food and drink produce. Figures published by the Scottish Government show the nation’s food and drink sector hit a record high of £14.3 billion in 2013, with the £12.5 billion turnover target […] 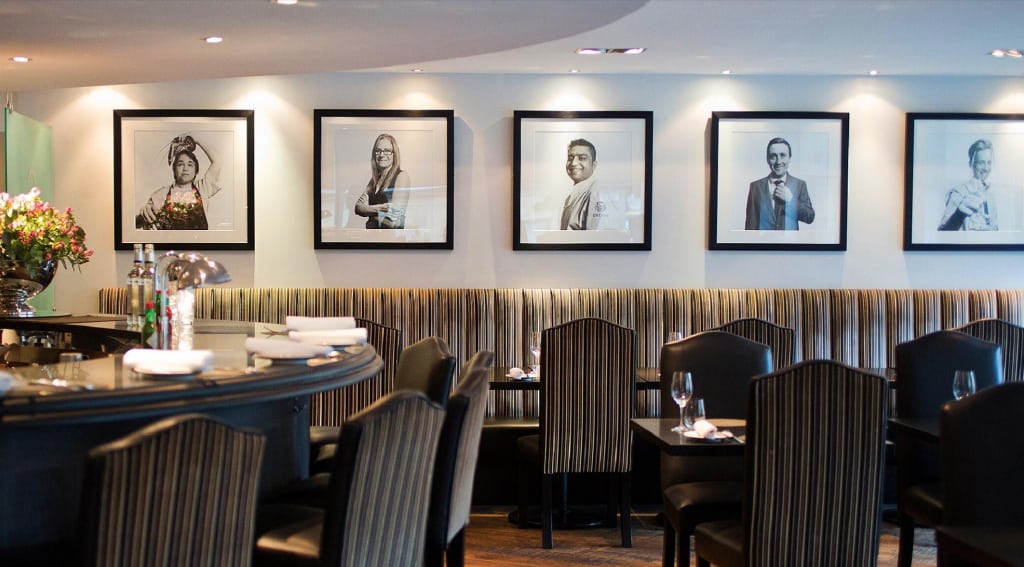 With an entire population smaller than that of just London, it’s easy to forget that Scotland exports an outstanding percentage of the world’s food and drink produce. Figures published by the Scottish Government show the nation’s food and drink sector hit a record high of £14.3 billion in 2013, with the £12.5 billion turnover target for 2017 surpassed in 2011. Indeed, there’s far more to Scottish cuisine than haggis, whisky and battered Mars bars.

Unlike London, Scotland’s capital city is coastal and within spitting distance of Leith on the coast of the Firth of Forth, famous for its shellfish and bountiful stock of oysters. Oysters, in particular, have been a prominent part of Edinburgh history. Sourced from the Firth of Forth, oysters were once so plentiful that they were eaten as cheap snack food and, as a result, the shells were used by masons as a means of packing joints into the stonework of buildings. Many of these are still visible around the city’s Old Town.

Although the restaurant scene in Edinburgh is currently booming and constantly emerging, no establishment is quite so highly recommended as Ondine for sampling the local seafood. Opened by Chef Roy Brett in 2009, taking over a first-floor space in the heart of the city’s historic Old Town, the restaurant has a prominent focus on produce, serving some of the best quality and most sustainable seafood on offer throughout the British Isles.

Inside, the restaurant’s central oyster bar is the most initially striking feature. This boasts an extraordinary selection, served on ice, comprising the likes of Loch Fyne oysters from Western Scotland, Menai from the Isle of Anglesey, Fal Native from Cornwall, plus Irish Carlingford and Dungarvan varieties. Past the oyster bar, the sleek monochrome décor screams ‘Come Dine With Me’ circa 2007, but auspiciously there are no disastrous Wellingtons or burnt brûlées here.

As expected, the food at Ondine is generally of a very high standard. Following a bread basket that offers some of the best gougères I’ve tasted (choux pastry balls stuffed with cheese, a particular favourite of mine), we begin with Ondine’s popular crispy oysters. These are recommended over rousing oyster ceviche with tiger milk.

Six oysters are presented on a bed of rock salt; lightly breaded, fried and served back in their shells. As well as being surprisingly free from residual oil, these mollusks have texture more appealing than raw oysters. Accompanying brackish oyster mayonnaise, on the other hand, compensates for loss of salinity in the fryer. By nature, this is a simple dish, yet it’s executed exceptionally well – a theme that we later discover. A Kilner jar of potted crab features mainly white meat that’s dressed in polonaise and crab mayonnaise with enough acidity to slice through the richness of miniature fried crumpets, which would otherwise have been a little too greasy.

Our main courses are also simple, but classy and again well-prepared. In contrast to the potted crab, brown crab risotto favours the tastier dark meat often discarded. Though the presentation is somewhat lacklustre, the dish’s complexity of flavour is sensational. The risotto rice is cooked perfectly and is flecked with crab meat and saffron to lend a vibrant orange colouring. Diced al dente butternut squash, on the other hand, contrasts the texture of the rice and offers a deep earthy taste complementing the crab’s innate sweetness.

Four plump scallops the size of a toddler’s fist are served simply in the shell, each joined by a spicy cocktail sausage and lashings of garlic-heavy butter. It is a dish that’s almost primitive in its presentation, but the flavour succeeds in reminding us that scallop and pork are the best of friends when served on the same plate, as one complements the other with warm, comforting harmony.

We finish with mango and passion fruit pavlova, featuring crispy meringue and fruit on the tart, palate cleansing side, plus two scoops of rum and raisin ice cream. Once more, the ice cream is remarkably simple yet satisfactory, plus the additional shot of sherry is a welcome preparation for stepping back into the cold December rain.

Overall, the food at Ondine is by no means the city’s most strikingly innovative. However, it is the passion for ingredients and classic (albeit accomplished) cooking worn on Chef Roy Brett’s sleeve that make lunch at Ondine a memorable, ultimately enjoyable experience.