By Jonathan Hatchman, Food Editor, @TLE_Food As is the case with most of its neighbouring powerhouses, Novikov – the eponymous London flagship of Russian restaurateur Arkady Novikov – is very much a place to be seen. A social media friendly temple of excess, frequented by women that dress and often look like supermodels, joined by […] 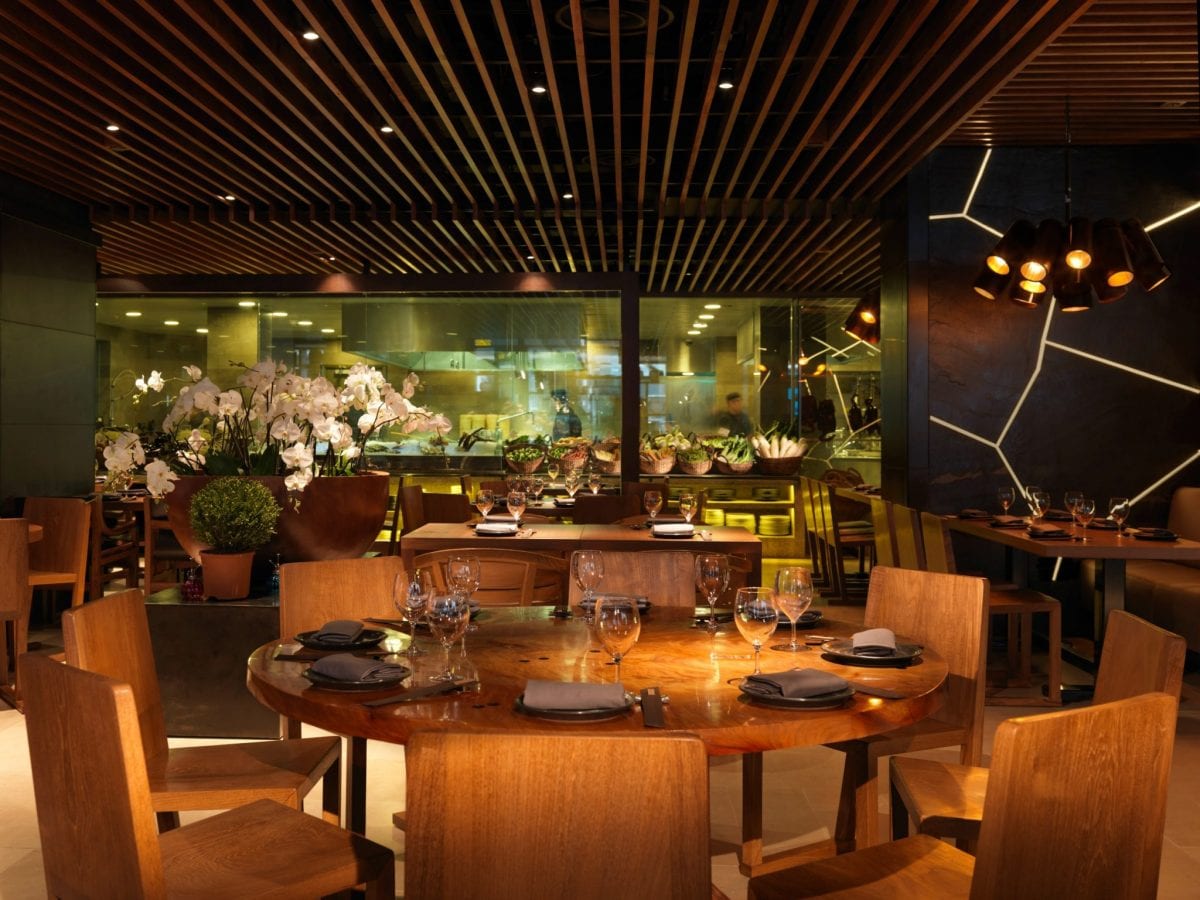 As is the case with most of its neighbouring powerhouses, Novikov – the eponymous London flagship of Russian restaurateur Arkady Novikov – is very much a place to be seen. A social media friendly temple of excess, frequented by women that dress and often look like supermodels, joined by men (often three times their age) that look like characters from GoodFellas, and very little in between. Having opened a few years ago, the huge 540 cover venue at the Green Park end of Berkeley Street is split into three spaces: an underground lounge bar, a Pan-Asian restaurant on ground level, and a pricey Italian restaurant that I visited for lunch last year.

In the Asian restaurant, past the security guards and the reception desk that runs with sharp precision that’s similar to an airport check in, the sleek décor is accentuated by an open kitchen that’s segregated by the restaurant’s “secret garden”. Alongside the menu of over 140 dishes, the secret garden is an Asian-style marketplace type stand with displays of various fresh produce, including vegetables so perfect they look artificial, and various fresh fish on ice, some more sustainable than others, all of which is also available for guests to choose from. As is the case with Novikov Asian – and with the Italian downstairs, for that matter – apart from the high prices that are to be somewhat expected in this part of the city, the main thing that’s prominent about the menu is the sheer size and the almost excessive vastness of selection.

As is often the case when presented with such overwhelming choice, after the third time of being asked whether we’d made up our minds, we asked the waitress for a helping hand in decision making, thus negotiating a selection of some of Novikov’s greatest hits, so to speak, accompanied by various glasses of delicious fruit sake. Taken from the Dim Sum section of the menu, spicy prawn money bags crowed great taste as well as good value, while the steamed parcels stuffed with black cod we’re some of the finest Dim Sum I’ve tasted. Scallop sashimi was also some of the best I’ve sampled, what with the clean, almost clinical, taste working in harmony with a smattering of black truffle shavings, making up for the less than satiating texture of raw scallop. Another scallop dish, maki served with jalapenos was also satisfactory, yet the addition of jalapenos added a slant to the dish that was considerably more Mexican than Asian. An unexpected Mexican influence was also present with two small tacos filled with Wagyu beef. Although one of the best things we ate all evening, the use of such expensive beef seems significantly superfluous, especially given that it’s so valued for its texture, a texture that is lost when the beef is minced or shredded.

Also from the Appetisers heading, Peking duck and foie gras – a dish that resembled two halved walnut shells arrived at the table. Albeit over in one bite, the sheer decadence of such a dish makes for one of the evening’s most memorable – using a sliver of rich Peking duck skin to conceal a bite-sized chunk of silky smooth foie gras teamed with cream cheese. More substantial plates; a giant Portugese (not Asian) Carabinero prawn was chosen from the “secret garden” and cooked simply with just some seasoning and oil – a deep red prawn that looks and tastes similar to lobster, albeit more exciting and without the need to send out a search party for the hidden, tastiest, shellfish. Lamb cutlets from the grill section were perfectly cooked, with a dark outer bark that works as a crust for the blushing pink flesh and a decent hit of chilli. Unfortunately, Novikov’s take on grilled black cod was less exceptional. Located opposite Nobu with their black cod signature dish, the inclusion of this dish is a commendably brave move, though our beautifully thick tranche of fish was slightly overcooked and the subtlety of the thin glaze added very little to the overall flavour. To finish, a gargantuan boat filled with a selection of desserts was presented with some dry ice for added theatre, comprising a palate cleansing panna cotta, a matcha green tea brulee that’s also available downstairs and a little bitter for my taste, a chocolate fondant richer than the average customer, and a selection of ice cream scoops that even the restaurant’s Head Chef had no idea of the flavours, quite surprisingly.

According to some quick calculations, I could return every day for the next 50 years and every one of those visits could feature a different combination of dishes: that’s if somebody else was footing the bill, of course. And with the restaurant’s continuing popularity, and long as Mayfair retains its position as playground to the moneyed classes, it’s likely that the restaurant will still be operating by the end of that time frame. While the food isn’t the best available in London, and the experience at Novikov is expensive, the food is for the most part very good, the service in the Asian restaurant is surprisingly unpretentious, and it’s one of the few restaurants in the city that offers such a vast selection of food without the kitchen’s lethargy and exorbitant pricing leading to a compromise on quality.

Novikov can be found at 50A Berkeley Street, London, W1J 8HA.