“Anyone who knows anything about decent food in Leeds knows The Foundry”, Yorkshire-born chef and MasterChef runner-up Matt Healy said shortly after unveiling his homecoming venture earlier this year. Under the stewardship of Phil Richardson and Shaun Davies the Holbeck restaurant has become the centrepiece of an urban regeneration project that has seen a once […] 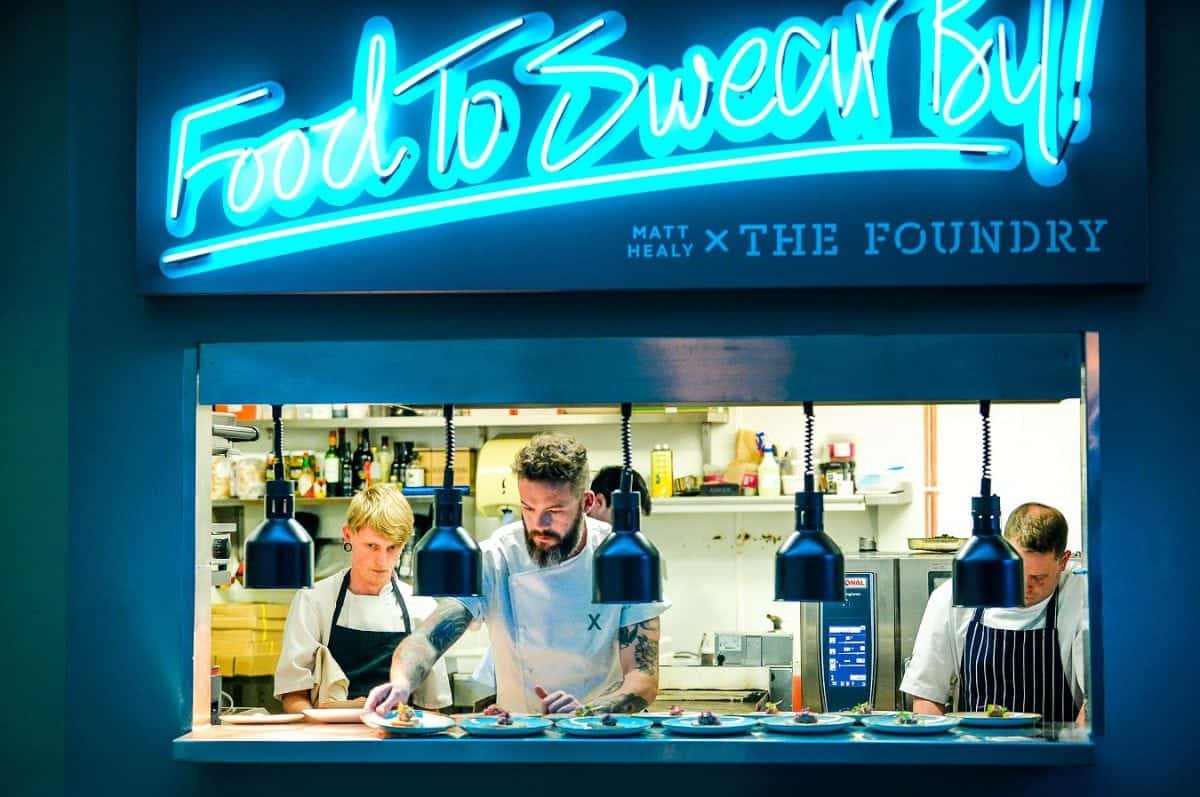 “Anyone who knows anything about decent food in Leeds knows The Foundry”, Yorkshire-born chef and MasterChef runner-up Matt Healy said shortly after unveiling his homecoming venture earlier this year. Under the stewardship of Phil Richardson and Shaun Davies the Holbeck restaurant has become the centrepiece of an urban regeneration project that has seen a once destitute part of the city become one of its most fashionable spots. It’s quite a mantle to inherit for the relative newcomer Healy, but it’s a reputation that has been carefully passed down.

Speaking to the Yorkshire Evening Post in March the previous owners said the sale of the restaurant was not just about the money, “it was important to make sure the business and reputation they have built up over a decade went into the hands of the right person”. They worked with Healy until mid April and then following a new look refurb, the new-look restaurant welcomed its first guests at the beginning of May. Healy is joined by his own team of chefs and staff, led by his best mate Iain Silver, who has previously been general manager at Pintura and Blackhouse, which also feature among the most lauded restaurants in the city. 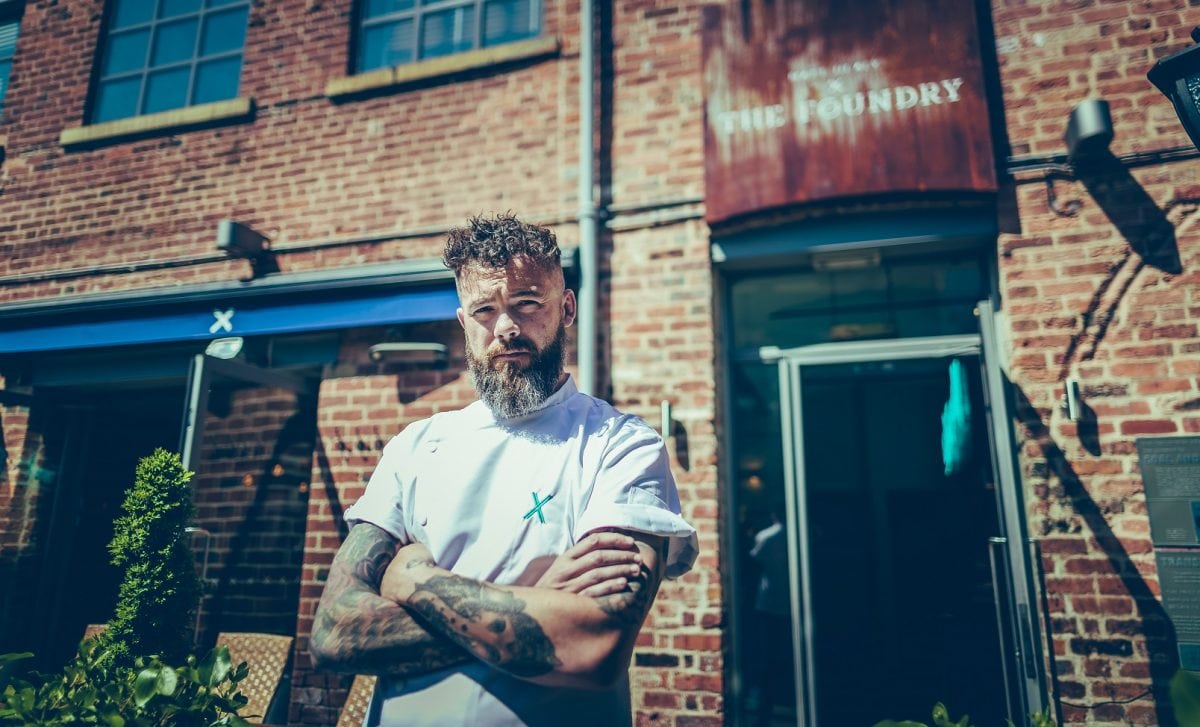 So a dream team for a dream restaurant in a dream location, but where that might tempt some chefs to play it safe, the opposite seems to have happened at the new-look Foundry. Striking décor and a novel concept coupled with daring menus makes for an intriguing dining experience. The “unconventionally British” approach fuses fine dining with relaxed vibes in a typically northern, unpretentious manner. The dishes are accessible and the open plan set-up lends itself to a more immersive feel as well as being true to its surrounds.

It’s an approach made all the better by the patient and diligent input of its key stakeholders. The drinks list offers the first indication. A selection of beers and cocktails shout provenance and a carefully curated beer list mirrors the food selection with precision. The wine list is interesting with a wide selection from different countries. The website notes that it is often recognised as one of the best wine lists in the city, and it would be difficult to disagree. You peruse it with the sort of intrigue that few restaurants manage to muster these days, and you’re likely to come away having tried something new or something you seldom see elsewhere. 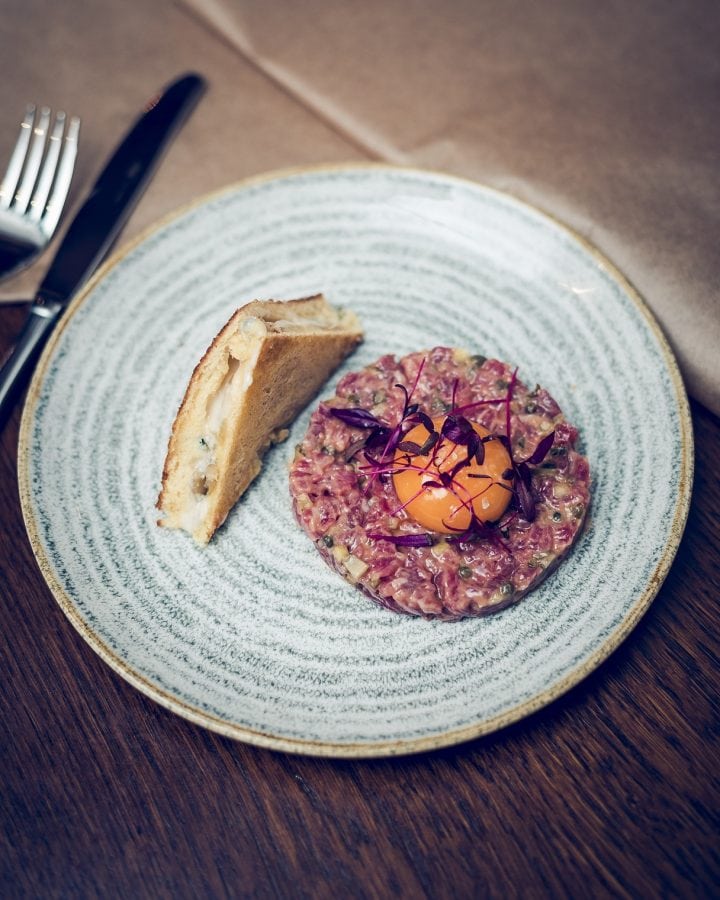 Entrees take an informal, tapas style approach with snacks and charcuterie whetting your appetite before you progressively increase the size of your plate up to the main course. Smoked almonds, chorizo in cider and pickled chillies kick start events in Iberian style and ready you for a selection of small plates that have roots closer to home. Oysters, torched mackerel, gazpacho with Whitby crab and duck rillets jump off the page. The hand cut beef tartare is a must.

Larger plates fulfil the meaty portion of the night, with baby chicken kiev a favourite judging by the public reviews as well as the Yorkshire Venison pie. But the lamb rump deserves a special mention. Served on a bed of broad beans with crispy artichokeand pancetta it is a quite exquisite dish that merits a visit to the restaurant on its own. The tender, juicy meat melts in the mouth and is complemented superbly by the Middle Eastern mix of accompaniments that pack flavour by the mouthful. A real triumph of a dish to top the night. 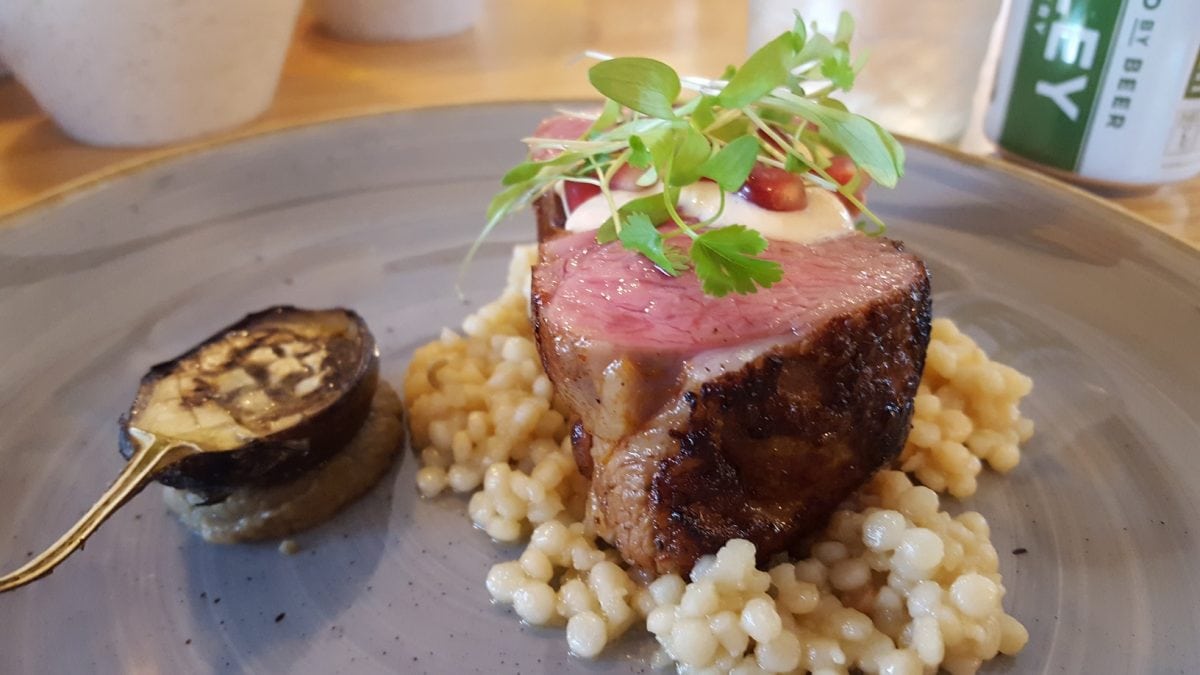 Diet permitting a selection of deserts is well worthy of consideration. Locally sourced cheese is served by the 11 grams with a well balanced sticky toffee pudding and chocolate and hazelnut fondant among the picks for those with a sweeter tooth. Wash that down with a desert wine or coffee and you will leave with the feeling that the Foundry’s legacy is safe with Healy. A fitting homecoming for a master chef.