By Jonathan Hatchman, Food Editor, @TLE_Food Islington’s dining scene is booming at the moment. An extension of two of the city’s biggest gentrification victims – Shoreditch and Camden –  Islington, although expensive, has remarkably avoided being forced into pretending to be anything that it is not. Instead, the borough has made quite a name for […] 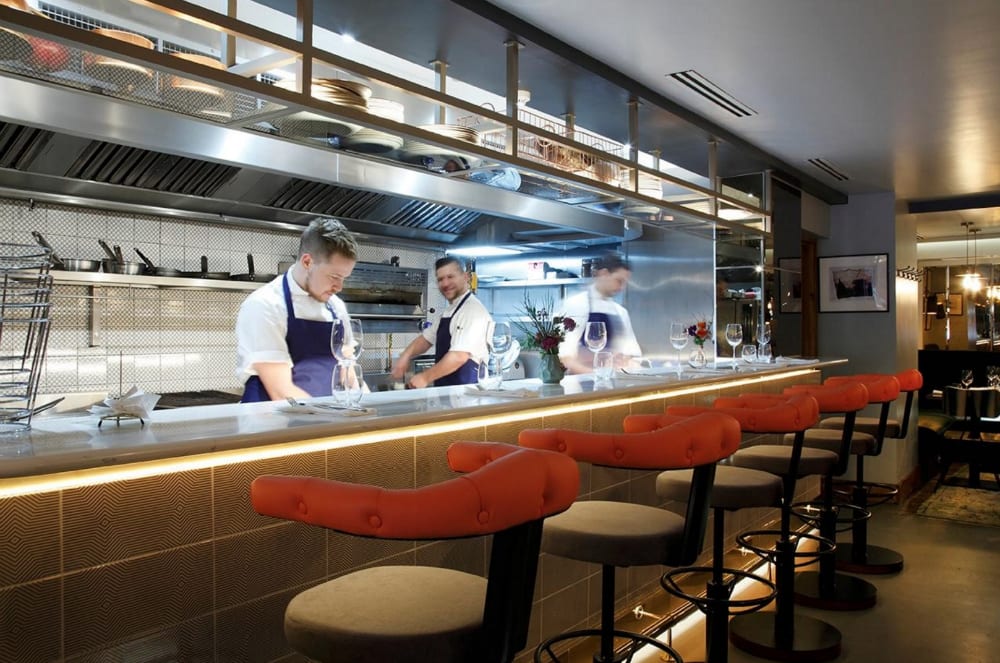 Islington’s dining scene is booming at the moment. An extension of two of the city’s biggest gentrification victims – Shoreditch and Camden –  Islington, although expensive, has remarkably avoided being forced into pretending to be anything that it is not. Instead, the borough has made quite a name for itself as a relatively central part of North London inhabited by a harmoniously dwelling blend of overpaid hipsters and ‘young professional’ couples with small children and even smaller dogs, as is most fashionable. And over the past six months or so, an overwhelming amount of exciting new restaurant openings has graced the area, including the likes of Tom Oldroyd’s eponymous solo venture – Oldroyd – and Bellanger, the latest opening from Chris Corbin and Jeremy King (the team behind The Wolseley, The Delaunay, and Brasserie Zedel). Not forgetting the new MEATliquor and Bird, both serving their own advanced take on comfort food. Another of these new Islington eateries is Galley, opened by brother and sister team chef Marcel Grzyb and designer Oriona Robb at the beginning of this year.

An extension of sorts to his work at Randall & Aubin, Grzyb’s expertise in cooking fish is presented with pride at Galley, with a menu that’s deeply rooted in produce from the sea, as can be expected from the restaurant name. And like almost every other restaurant to have opened within the past six months, the dishes are split into small and large plates, with a particular focus on sharing. To begin, curiosity prevailed and a round of tempura oysters were a necessary introduction to the menu. A far cry from the slimy, live oysters that we’re used to – these particular delicacies had been lightly coated in tempura batter and fried, with a result that’s close enough to the best incarnation luxurious chip shop of fish that I’ve eaten, served back in their shells with a soy dressing and some shredded raw carrot and sesame seeds to add further depth of texture. What’s more, our waiter’s offer to serve a more shareable four, rather than the three that the menu suggests, prevented any bloodshed between my companion and I in conflict for the final bite.

Next, a towering mound of tuna tartar delivered all of the freshness that can be expected from the raw fish, though the accompaniment of sweet mango was most peculiar. A combination of octopus and chorizo ‘a la plancha’ was far better – boasting marvellously tender octopus, although the delicate flavour was slightly masked by a heavy handed serving of oily chorizo and a smoked garlic pesto. Chosen from the ‘Large Plates’ section of the menu, a tranche of snow white halibut had been cooked in a water bath and was simply paired with a handful of asparagus spears, buttery leeks and a practically perfect fragment of crispy fish skin. The lobster pappardelle, nonetheless, was the agreed favourite dish of the evening – comprising a bowl of homemade pasta strips topped with half of a lobster tail, as well as a hearty broth (thankfully devoid of any cream) that brought each element of the truly wonderful dish together.

To finish, a slice of salted caramel tart was served with green tea ice cream, complimenting the caramel in a strange cacophonous sort of style, while the tart alone was quite fabulous. With a few small food hiccups aside, those that look very much like mere teething problems: the overall quality of the food on offer here, joined by efficient, knowledgeable and, most importantly, friendly service – all contributes to Galley’s position as a fine addition to Islington’s ever expanding list of brilliant new restaurant openings.