By Jonathan Hatchman, Food Editor, @TLE_Food When opening a new restaurant, there are many important factors to take in to consideration. However, no restaurant is able to open and survive without a name. Some withhold interesting stories based around heritage, history or the food itself, others are less adventurous and named after addresses, while others […] 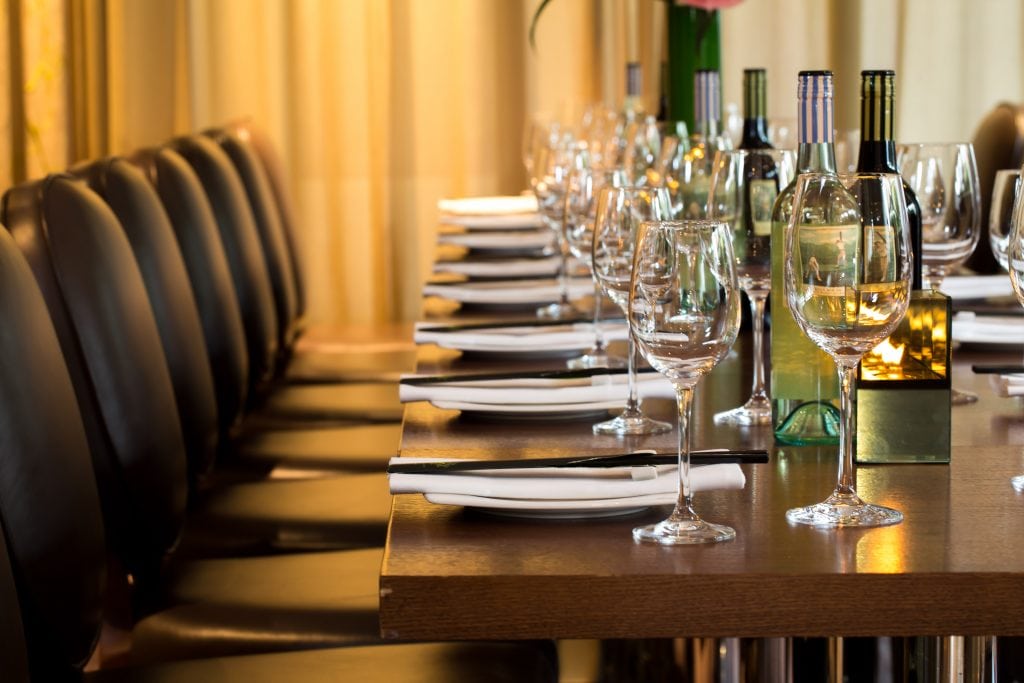 When opening a new restaurant, there are many important factors to take in to consideration. However, no restaurant is able to open and survive without a name. Some withhold interesting stories based around heritage, history or the food itself, others are less adventurous and named after addresses, while others are often eponymous – named after the chef or owner. On the other hand, some restaurants are even named after passions of the restaurateur, combining sometimes obscure interests to craft a lightly themed dining destination. Opened in 2009, Chinese Cricket Club can certainly be categorised within the latter group – named in honour of the original Chinese National Cricket team, having played their first international fixture in the same year as the restaurant’s opening.

Located just a stone’s throw from Blackfriars Bridge, on the edge of the city – Chinese Cricket Club is situated within the Crowne Plaza Hotel, and the kitchen is run by Executive Chef Ken Wang, attempting to fuse modern techniques with traditional Sichuan flavours. Inside, the space is perhaps less lavish than its hotel location may suggest. Instead, the slightly muted décor is accentuated with odd fragments of cricket memorabilia on display, albeit considerably less so than the sports bar reminiscent name would insinuate. During our lunchtime visit, the express lunch menu also seemed resolutely popular amongst businessmen, offering outstanding value with two courses and a glass of wine priced at £17.50.

Chosen from the a la carte menu, we began with a platter of dim sum (£19.80) – delivering four pairs of intricately crafted dumplings; prawn and scallop, prawn har gow, chicken and spinach dumpling, and mooli pumpkin puff. Each of the dumplings were beautifully presented and tasted remarkable, which is unsurprising given the restaurant’s dim sum chef Mai Lan’s experience, including a stint at Hakkasan. Next, one of Ken Wang’s signature dishes – ‘The Emperor’s crispy duck’ (£35) was apparently the favourite dish of Emperor Qianlong. On paper, however, the dish sounds honestly quite disastrous – like a bizarre Tudor Cockenthrice of sorts. Impressively, however, the concoction of crispy duck and deep fried prawn delivered a real comfort food charm, combining two dishes that have become a pinnacle of Anglicised Chinese food across the years. Appearing at the table cut into slices, battered prawn with an underside of butterflied crispy duck was unsurprisingly teamed with a bamboo basket of pancakes, as well as spring onions, cucumber and plum sauce. Quite remarkably, the strange concoction did actually work surprisingly well. Another dish chosen from the ‘Chef Wang’s Signatures’ menu heading, slivers of slow-braised pork belly (£22) were piled over a dome of sticky rice and slathered with a rich gravy infused with spices – the result was another example of well-executed Chinese comfort food.

With polite service and food that is for the most part impressive, Chinese Cricket Club’s menu certainly showcases a good level of culinary skill, as well as acting as another outlet for Chinese regional focus as part of London’s exquisite dining scene.