By Jonathan Hatchman, Food Editor, @TLE_Food With so many restaurants specialising in American-inspired barbecue having opened across the city within the past five years, Bodean’s is facing an uphill battle to remain relevant. First launched in 2012, Bodean’s was, in fact, one of the first restaurants of this ilk to arrive in London, set up as […] 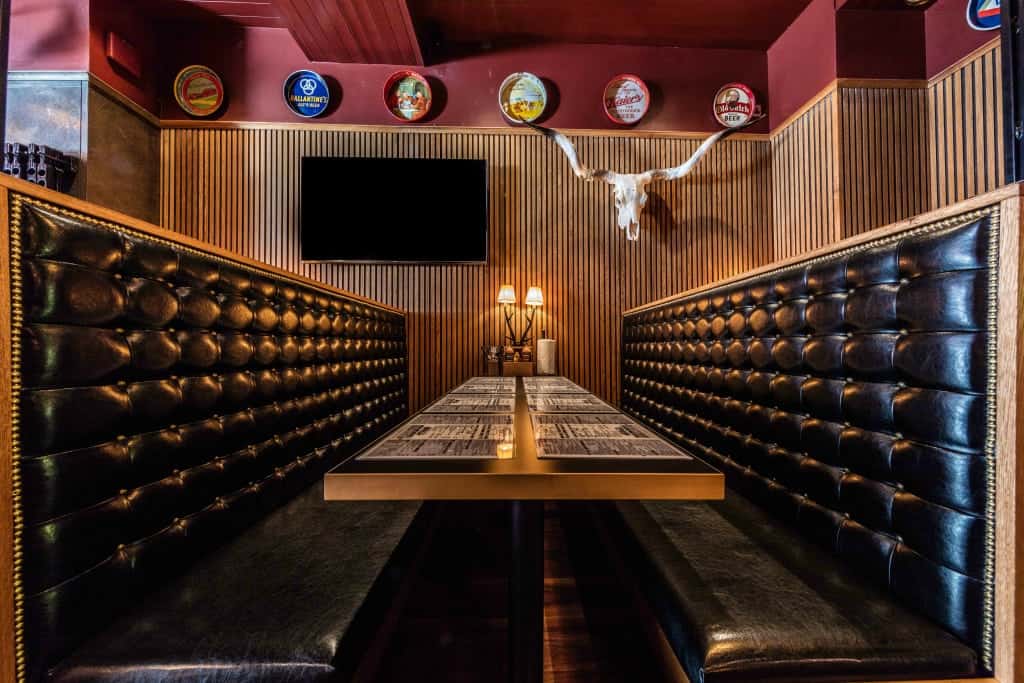 With so many restaurants specialising in American-inspired barbecue having opened across the city within the past five years, Bodean’s is facing an uphill battle to remain relevant. First launched in 2012, Bodean’s was, in fact, one of the first restaurants of this ilk to arrive in London, set up as the brainchild of restaurateur Andre Blais, obsessed with the food of Kansas City. The first restaurant was opened on Soho’s Poland Street, and now, some 14 years later, seven sites are operating across the capital, with Bodean’s having evolved into a miniature chain.

Having opened in April this year, the most recent restaurant is perched upon Catherine Street in the middle of London’s Theatreland, just a short stroll from the main piazza of Covent Garden. Inside, the space is relatively small and is bedecked with dark wall panelling, booth seating, and is cluttered with American regalia. During our Friday evening visit, the general atmosphere was predominantly masculine. This, however, could also have been due to the fact that the restaurant happened to be screening a Euro 2016 football match, with its commentary contending with the soundtrack of classic rock music blaring across the dining room – not to mention a rabble of rowdy (British) France fans at the next table. After all, it was a Friday night – what else would be expected from an institution as such, conveniently situated in the middle of the city?

As for the menu, if you’re yet to gather – the main focus is on meat, with very few vegetarian dishes on offer. Fortunately, I’ve always been a fan of flesh – particularly the sort that has been cooked with so much patience and affection that it falls away from the bone and melts in the mouth, without much need for any accompaniment besides some seasoning and perhaps a little spicing. To start, we ordered pulled pork quesadillas (£5.95) (chicken and a vegetarian option are also available) and a dish of ‘Bodean’s Nachos Supreme’ (£7.50). The quesadillas were plentiful, with the tortilla wrap outers bursting with molten cheese and pulled pork, alas the shredded pork shoulder that should have been succulent had managed to dry out, possibly explaining the chef’s decision to employ lashings of smoky barbecue sauce in an attempt to save face. The nachos were fine, by all means, topped with the usual fare (cheese, guacamole, salsa, sour cream, jalapeños) but the entrees on offer prove that diners should instantly proceed with main courses, saving room for the mountainous portions that are served.

Unable to decide upon a main course, we opted for the restaurant’s ‘Boss Hog Platter’ (38.50), arriving at the table piled onto an undersized chopping board without any side plates, unless requested. Piled on to the board was all kinds of carnivorous goodness, with some treats better than others. Smoked chicken portions had a charcoal bark coating the skin, yet the inside remained surprisingly succulent, while the smoked sausage presented the aroma of smoked woods and tasted far better than most, especially once teamed with the restaurant’s own brand smoked hickory barbecue sauce. Of the ribs, the hunk of short rib (or Jacob’s Ladder, as it is referred to here) sat atop a bone longer than my forearm, and had been cooked to perfection – possibly overnight – and rendered the use of a knife, or in fact teeth, completely unnecessary. Spare ribs would have also been fine, if not for the sickly outer marinade, plus the mound of pulled pork was again dry and uninspired. Much better was the side of meaty BBQ beans – cooked slowly with meat juices and left over meat trimmings to produce a bowl of sweet, slightly spicy pleasantness. By now we’d become so overfull that dessert wasn’t an option, but our waiter did give us the option of taking our left overs home in a doggy bag: an offer we couldn’t refuse, and one that so many more restaurants should implement in terms of saving waste.

With such a rise in local competition, it would be fair to avow that Bodean’s is no longer King of London’s barbecue scene – however, as far as rapidly expanding chain restaurants are concerned, the food at here does fall at the more desirable end of the spectrum. And if nothing else, you’re almost guaranteed to leave with a full stomach. That’s if you’re not a vegetarian, of course.