Hoping to introduce Londoners to the concept of Italian 'pastifici', Al Dente is a pasta-centric restaurant in Fitzrovia. 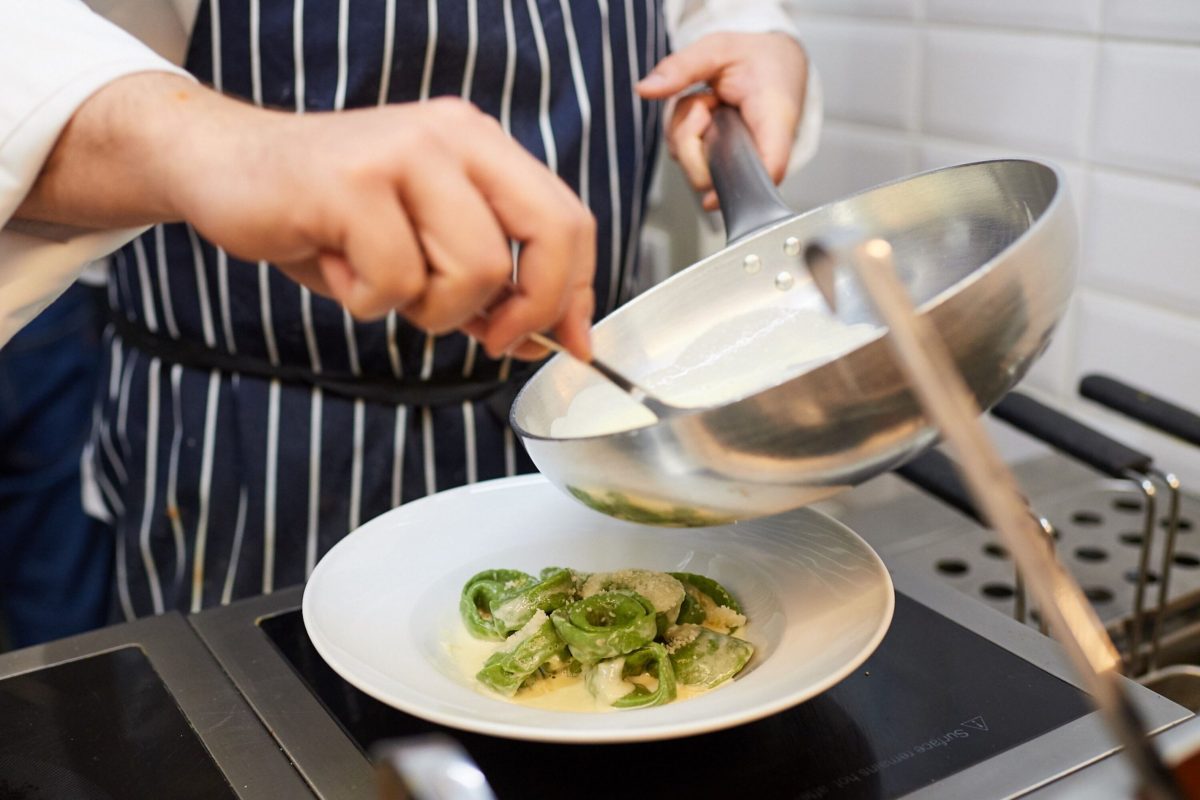 I’m a fan of Italian cuisine but am often baffled by London’s Italian restaurant scene. On the one hand, we’re spoilt for choice, yet many restaurants continue to disappoint with the actual delivery. So when the chance to sample London’s best ‘pastificio’ arose, I’ll admit I was initially sceptical. Pastifici are Italian laboratories where fresh pasta is made daily. With the launch of Al Dente, a pasta-centric restaurant in Fitzrovia, Roman entrepreneur Filippo Gallenzi wanted to introduce Londoners to the concept, having scoured his homeland for its signature dishes. So far, so good.

The cosy Goodge Street space offers communal seating (something I often completely loath), overlooking an open plan kitchen where fresh pasta is made for punters to enjoy within the restaurant’s four walls or to take away. A selection of Al Dente’s dishes are also available for customers to cook in the less communal setting of their own home.

A recent dinner began with a focaccia and bread selection served with Sicilian olive oil and balsamic vinegar (£2). The bread was fresh, homemade and entirely delicious: a strong start to the evening. For our mains, we shared spaghettoni alla carbonara (£7.50), green tortelli (£8.95) and linguine seafood (£9.95), perched on the corner of the largest table in the venue, capacious for around 10 guests. During the course of our meal, at least four couples were turned away as the restaurant was fully booked until around 10 o’clock, so I’d recommend booking in advance. That said, we were the first in and while we were eventually joined by another two couples, some seats remained free and the kitchen wasn’t particularly busy. Perhaps we left before the main dinner rush.

Each type of pasta was, unsurprisingly, cooked perfectly al dente. The linguine was a well-prepared, well-known classic. No surprises there. The green tortelli, on the other hand, was wholly more interesting: a combination of spinach, mushroom, ricotta cheese and truffle – the dish was rich, earthy and luscious. The sauce itself had me repeatedly going in for more. I would have easily kept this one to myself.

The carbonara was a particular surprise; a dish I rarely order, despite its regular appearances on menus throughout the world. A dish I’d previously found somewhat boring, Al Dente’s version proved me wrong. Fresh, creamy, peppery, meaty and intense, the dish also managed to be so light I’d challenge anyone not to practically inhale the entire dish in one. Perhaps my faith in this Italian classic has been restored.

The dessert selection was simple: tiramisu, panna cotta with strawberry and Sicilian cannolo (£4.50 each). We opted for the panna cotta, creamy and light with a sparse wiggle but a lovely fresh strawberry compote. Dessert wasn’t particularly revolutionary but the pasta dishes were each well-executed, ideal for sharing. I’ve seen the pastificio concept perhaps done a little better elsewhere in London, but Al Dente is a spot where visitors will repeatedly receive flavourful, consistently well-executed plates of food.