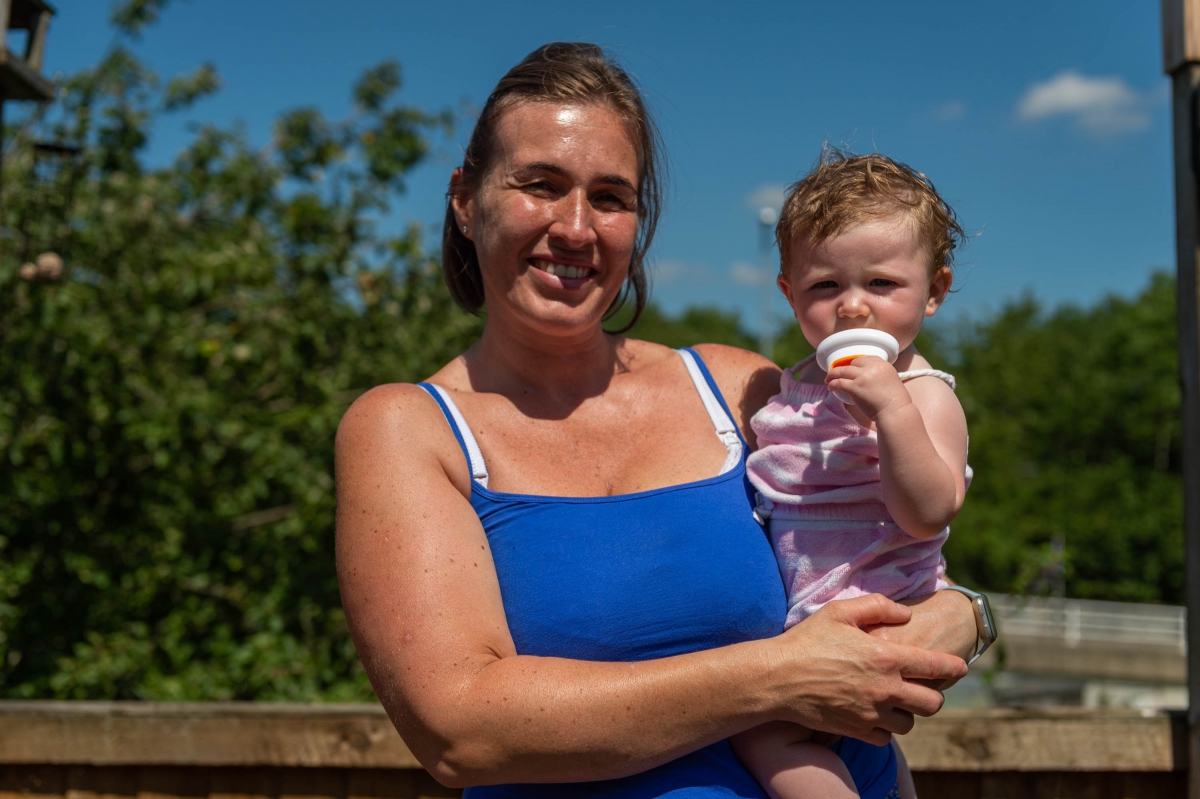 A breasfeeding mum is helping her baby stay cool in the heatwave by creating real-life Mini Milks – made from her own breast milk.

Little Willow Abbiss loves nothing more than chilling out with her own specially-made cold treats created from her favourite food.

Mum-of-three Leanne makes them so her 11-month-old doesn’t have to miss out when her big sisters are enjoying ice pops.

The hairdresser from Leeds, West Yorks., who is still breastfeeding her youngest child, said: “Willow will not drink my expressed milk, so I started thinking of ways to give her my milk when I’m not there.

“I thought about maybe putting them in a lolly and bought some lolly moulds. This all happened as our weather started heating up – so it’s worked out brilliantly.”

Leanne thought they may make a big mess when the milk melted, but Willow loves them so much they don’t get chance to melt – even in this heat.

Leanne, 37, who is married to window fitter Paul, 44, and has other daughters, Autumn, nine, and Poppy, four, said: “She chomps away at them so fast that they’re gone before you know it.

“Even Poppy and Autumn have had a try, though they’re not really allowed to eat them, they’re for Willow.

“It’s a great way for Willow to get extra milk and stay hydrated while giving her all the nutrients she needs.

“Willow is also teething right now so it doubles up as a teething aid, cooling her hot and sore gums down.”

Leanne has expressed her milk since returning to work two months ago, but didn’t want her “precious” milk to go to waste when Willow didn’t want to drink it from a cup.

“Anybody who breastfeeds knows how precious your milk is, it’s not very easy to express, so I did not want it to go to waste,” said Leanne.

“I was surprised how much she loves her own ice lollies. She doesn’t suck at them, she bites it off in chunks.”