A British classic often known as a clanger or bacon pudding, this bacon roly-poly recipe has been handed down through generations, featuring a soft suet pudding crust. Like all of the best suet puddings, it’s somewhat stodgy but deeply comforting. 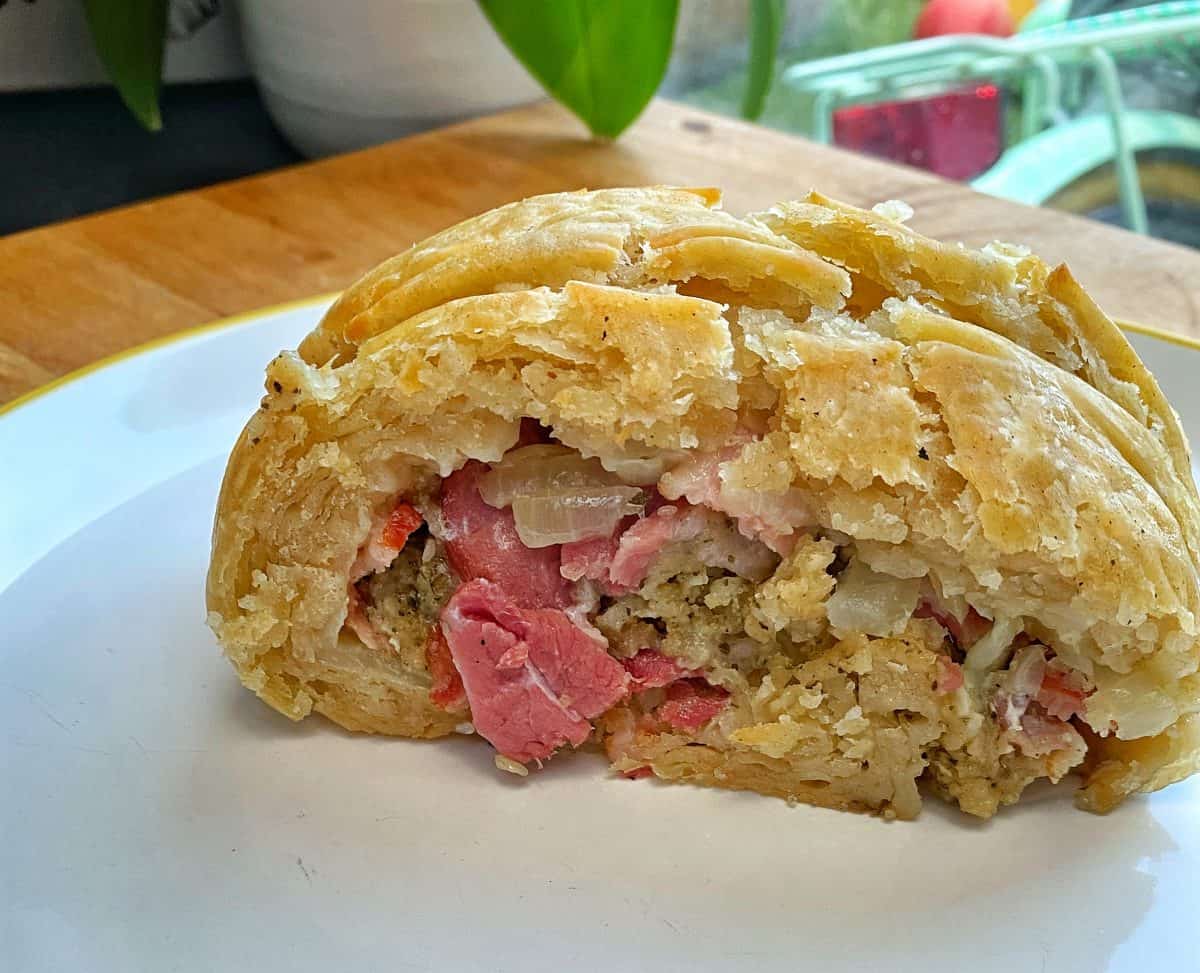 Also known as a clanger or bacon pudding, bacon roly-poly is believed to have origins in Bedfordshire and its surrounding counties, such as Buckinghamshire and Hertfordshire. A classic British suet pudding, the dish dates back to at least the 19th century, though suet has been used in cooking for hundreds of years, and is still available at select bakers, cafes, restaurants, and local places of interest. Most typically, however, bacon roly-poly is a home cooked classic, with recipes handed down through generations (as is the case with my family’s simple bacon roly-poly recipe).

An elongated dumpling with a suet crust, the dish is fairly stodgy and heavy, in which the name ‘clanger’ refers to – related to the dialect term ‘clung’, which traditionally meant ‘heavy’, in relation to food. It’s also often described as a savoury alternative to the famous jam roly-poly, but instead of containing jam, the suet pudding base is lined with bacon, onions, and sage and onion stuffing, then wrapped and steamed.

Although traditionally boiled in a cloth, this bacon roly-poly recipe calls for the pudding to be steamed for two hours, then finished in the oven to give a slight crust, which provides additional depth of texture, contrasting the soft centre. Finishing in the oven can be avoided entirely, however, in order to recreate a more traditional take on the British classic. In this case, I’d suggest steaming for two-and-a-half hours.

Other recipes also call for shortcrust pastry instead of suet, which spends the duration of the cooking time in the oven (approximately 45 minutes at 200/Gas Mark 6). Different fillings can also be used: try mixing some chopped chestnuts and apple into the stuffing; substitute bacon for minced beef, or even a vegetarian alternative. Either way, it’s best served with mashed potato or roasted vegetables, and a good amount of gravy. 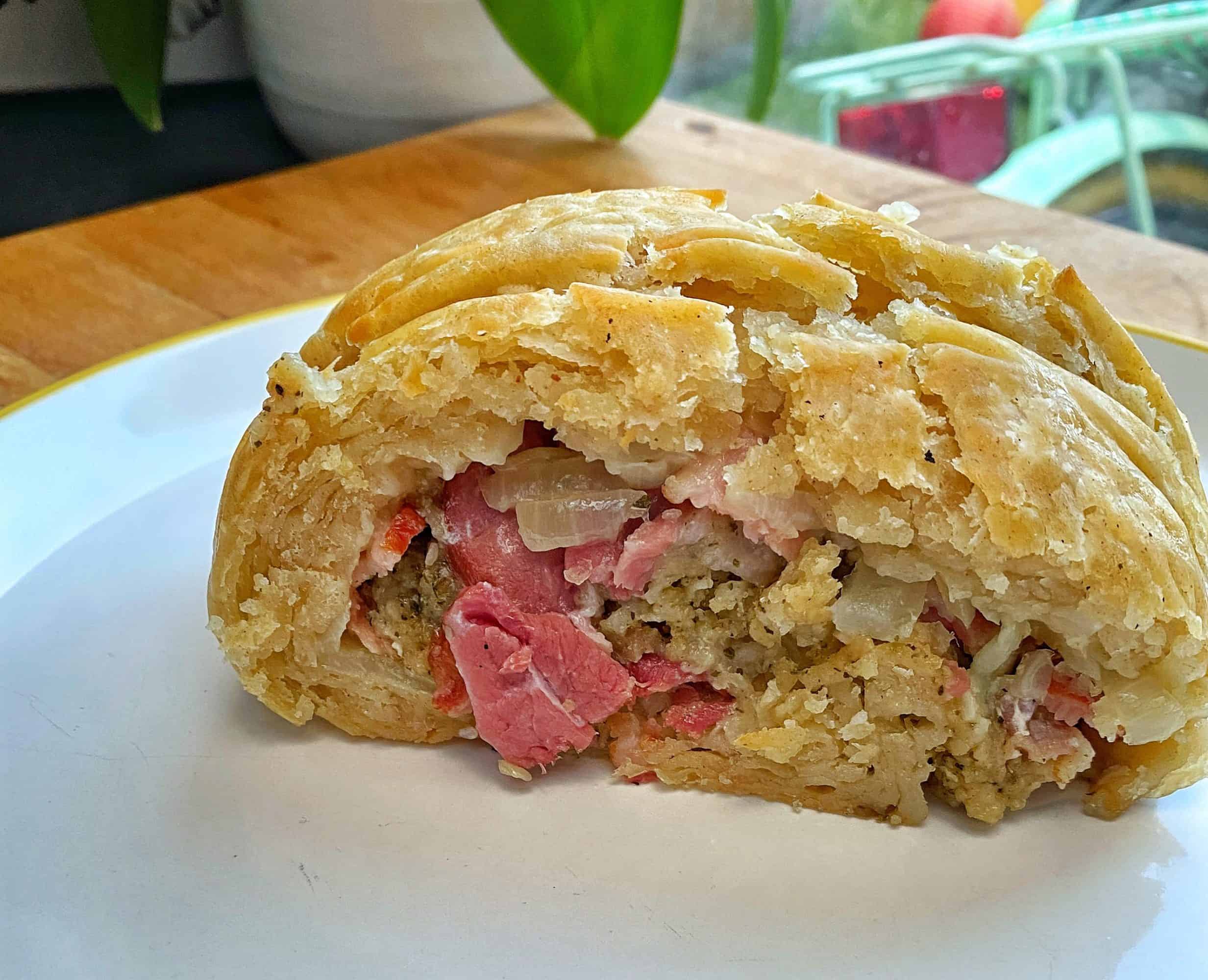