A pub faces losing its licence after domestic violence campaigners slammed its owner for advertising - 'Would You Punch Your Ex In The Face For A Steak?' 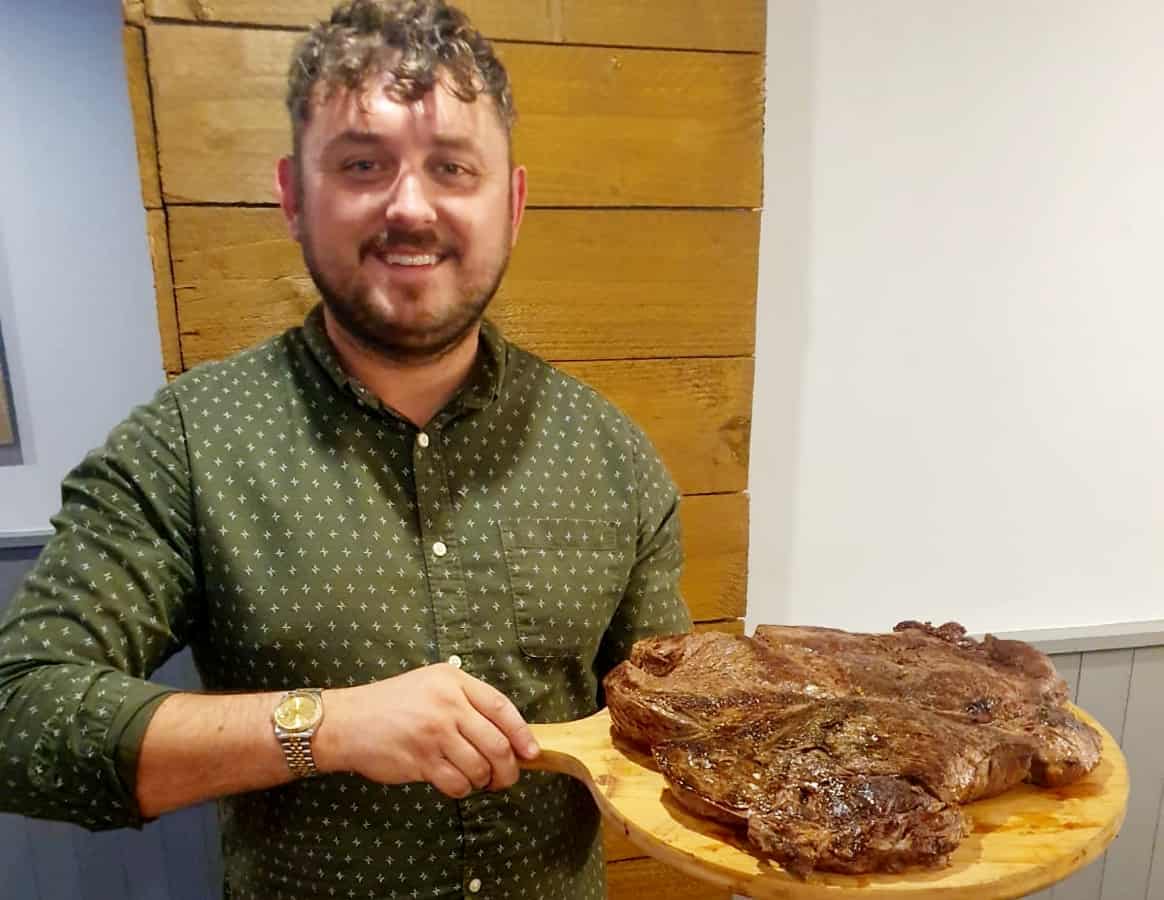 A landlord said his pub faces a ban on selling booze after he posted a bizarre advert asking customers ‘Would You Punch Your Ex In The Face For A Steak?’.

Landlord Craig Harker posted the ad to the Facebook page for George Pub and Grill in Stockton-on-Tees, in County Durham.

He claimed it was aimed at entertaining the pub’s 92,000 Facebook followers, and the post received more than 1,300 reactions.

But Craig said two days ago he was called into a meeting with police to discuss potentially stripping the pub of its alcohol licence over the post.

The Advertising Standards Agency also said the ad breached its code and it would team up with Facebook to take action if Craig continued.

But Craig, 32, remained defiant and has refused to apologise.

He said: “With the original post seen by hundreds of thousands of people, only a small percentage made the complaints or took offence to it.

“Anyone who took offence simply isn’t our clientele and we know our audience.

“To top the madness off, the police have then taken on the request of the MP and are actually investigating The George FB page.

“Surely with police cuts they have more important things to concentrate on, like the local issues with drugs, knives and thefts – the actual issues in the town.

“Now the police licencing and council licensing have tag teamed together to try and remove our licence for alcohol and placed us under review.

“The whole scenario is absolutely laughable when we have never had a police incident in the whole six years of running.

“This is the PC brigade gone nuts, and the world does not need more political correctness dictating what we can not say.”

Craig posted a photo of the steak with the caption ‘Would You Punch Your Ex In The Face For A Steak” at around 9.40am on July 27.

He was slammed online by anti violence charity White Ribbon Scotland who tweeted: “Its a shocking approach to advertising @ASA_UK that any business would offer free food as an incentive to undertake violence against an ex partner.

“It’s not a joke it’s misogynistic attitudes in practice!”

Charity ambassador James Chespy added on Twitter: “I have tweeted the 2 MPs who represent Stockton North and Stockton South asked them to use their best efforts to get the pub in question to remove this offensive Facebook post.”

“Not funny to ‘joke’ about punching your ex in the face, especially to the many survivors of domestic abuse living every day in fear of their ex.

“With 1 woman getting killed every 4 days in the UK, they are scared for a reason”.

“My office is reporting it to the police”.

Craig got into trouble with the ASA in 2017, after he posted a similar advert reading: “Would You Punch Your Ex In The Face For A Parmo?”

And in a letter to him earlier this month they warned him again.

Their letter to Craig said: “The ASA has already ruled against this advertising in the ASA Ruling on The George Pub and Grill (2 August 2017) and you have been made aware that this advertising breaches the CAP Code for almost two years.

“If you persist in advertising that breaches the Code, our next step would be working with Facebook.

“Facebook are able to take action against individual posts, or pages as a whole, as appropriate.”

Stockton Council declined to comment and said it was a matter for the police.

A Cleveland Police spokesperson confirmed a meeting between Craig and the force took place on Tuesday (13).

They added: “Any licence review is dealt with as part of a formal process, and as such, we would not provide a comment outside of that process if any review were to take place.”

He said he now has to wait to find out if Stockton Council and Cleveland Police will revoke his pub’s licence.