Kent Police said a 17-year-old boy has been arrested on suspicion of taking a vehicle without consent and drink driving. 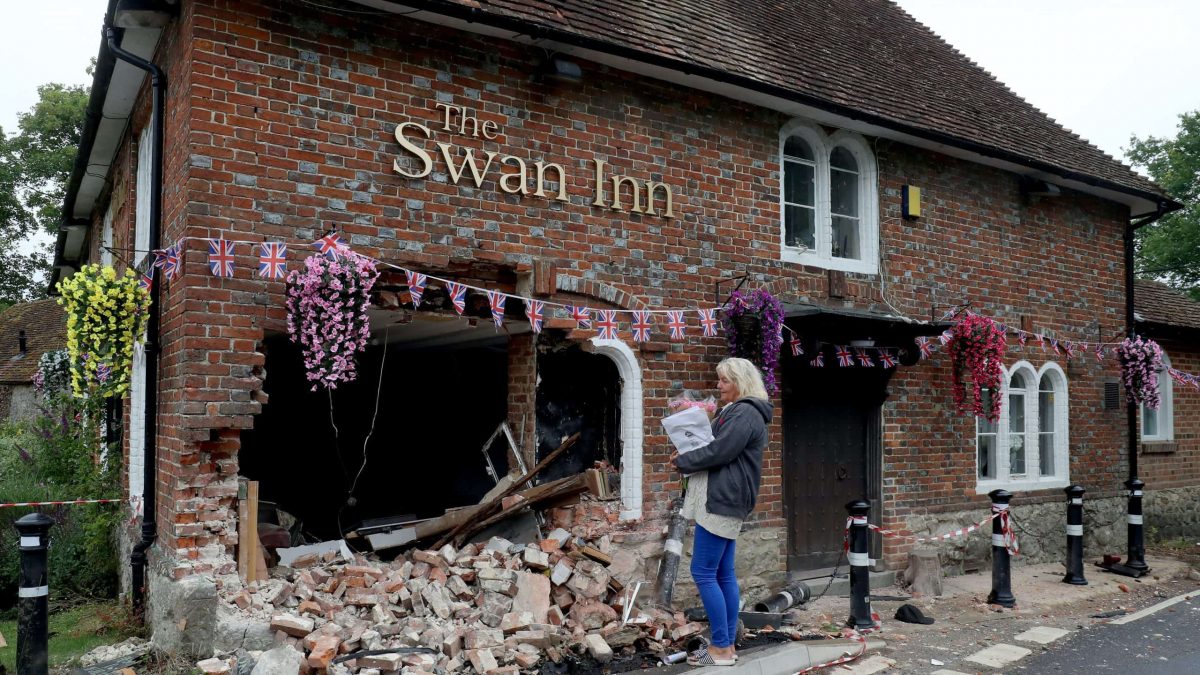 A pub has managed to open despite a car crashing into its front in the early hours, the landlord said.

The Swan Inn at Little Chart, near Ashford in Kent, will still be able to serve pints to customers outside despite the landlord being woken by the devastation at around 2am on Saturday.

Ray Perkins told the PA news agency: “It was absolutely devastating because obviously we were opening today.

“We’ve had everybody rally round and clear up the bar, every single glass has had to be washed again.”

He added: “We’ve got open, we’ve managed to open the pub – not inside, only outside.”

“Nearly destroyed today for us”

Mr Perkins said he was “absolutely gutted” and “exhausted” by the incident, but was determined to open up for his customers.

He continued: “We’ve worked hard for the last god knows how many weeks now to get it ready for today.

“At 2am they basically nearly destroyed today for us, but that’s life.

“We just didn’t want to let anyone down because we’ve got 200 people booked to come and eat and drink outside and be merry on the first day of opening.”

Kent Police said they were called to the scene shortly before 2.25am alongside paramedics and the fire service.

Three 17-year-old boys inside the car were taken to a local hospital and treated for minor injuries.

One of them has been arrested on suspicion of taking a vehicle without consent and drink driving. He remains in custody.

Pubs across England have been allowed to reopen from Saturday as the coronavirus lockdown restrictions were relaxed.

Restaurants, bars and cinemas have also been allowed to welcome customers for the first time in three months.

Pubs in Wales and Scotland must remain closed until later this month as the devolved nations are lifting their own lockdown rules more slowly, but hotels, bars, restaurants and cafes in Northern Ireland reopened on Friday.