This is the moment a slim-built diner became the first ever person to consume one of Britain’s biggest breakfasts – in just 35 minutes. Weighing in at a whopping 6lbs (2.73kg), the gut-busting platter includes six sausages, six bacon rashers, six eggs, six hash browns and six slices of black pudding. And on the side […] 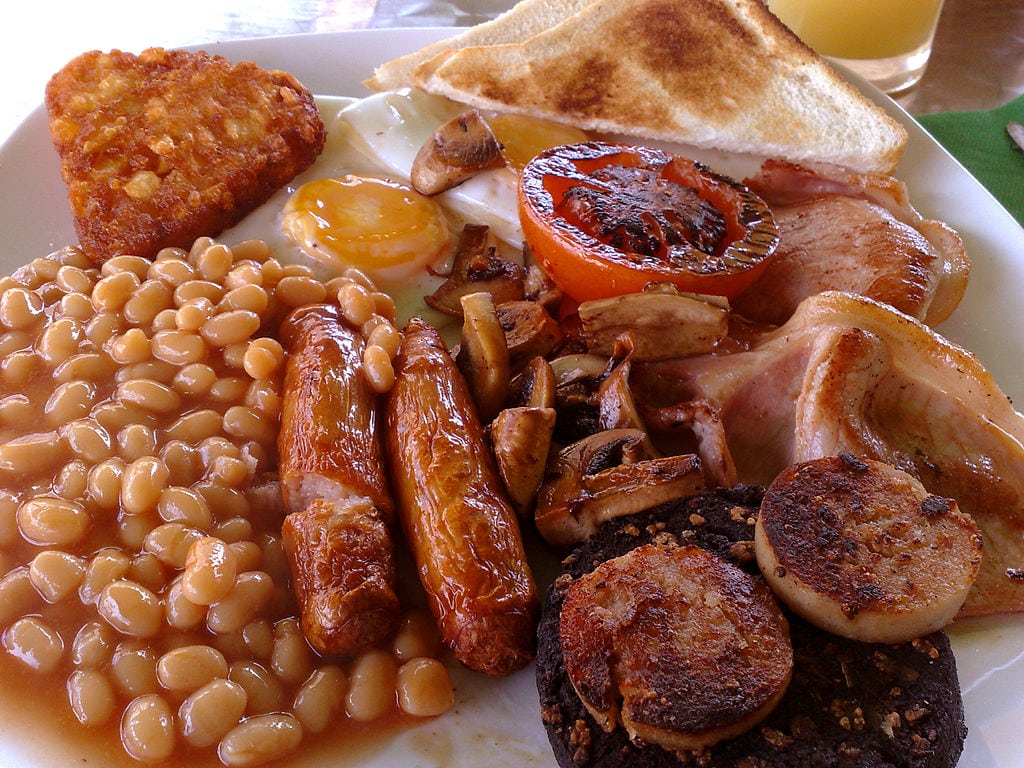 This is the moment a slim-built diner became the first ever person to consume one of Britain’s biggest breakfasts – in just 35 minutes.

Numerous people have tried to polish off the gigantic fry-up at Harry’s Cafe in Bristol – but they have all failed.

The cafe has a wall full of photos of customers who have taken on the mammoth challenge and lost. Diners are given one hour to complete the challenge but slim-build Radim managed to annihilate the gut-busting breakfast on Sunday (19/03).

The fry-up normally costs £15 but is free to anyone who can eat every mouthful in the allotted time.

Armed with his own giant cutlery and wearing loose-fitting clothing, he stuffed the sausages and meat sections down first using only his hands.

Radim then moved on to the fried bread which was washed down with plenty of water.

For the toast and chips he called the waitress to bring the diet Pepsi. He said the chips were always the hardest part because they are so chewy.

By the end, the YouTube sensation had not even broken a sweat.

Radim abstained from food for at least a day after completing a food challenge.

The Czech had flown to Bristol especially to take on Harry’s Challenge after its popularity had gone global.

No one had managed to complete the dish, which takes 10 minutes to make from fresh, since it was first launched in 2013.

Radim is a professional eater who eats his way around the globe, filming it all as he goes for his Youtube channel.