Using only the finest seafood and shellfish from the East Coast of Scotland, Ondine has become an Edinburgh Old Town favourite with chef Roy Brett at the helm. And for one week only, Roy will be bringing his expertise of all sea creatures down to the South East of England, cooking for a select number […]

Using only the finest seafood and shellfish from the East Coast of Scotland, Ondine has become an Edinburgh Old Town favourite with chef Roy Brett at the helm. And for one week only, Roy will be bringing his expertise of all sea creatures down to the South East of England, cooking for a select number of very lucky Londoners with a guest chef residency at Carousel.

Set up by a group of four cousins, Carousel is a revolving creative hub in Marylebone that regularly hosts guest residencies from chefs all over the world. Previous kitchen takeovers have come from the likes of Scandinavian Niklas Ekstedt, Romy Gill and Selin Kiazim Head Chef of Oklava – a modern Turkish restaurant in Shoreditch.

Starting on 27th September, Roy Brett’s residency will, unsurprisingly, focus on exceptional seafood and shellfish, bringing a taste of Ondine to the city where he trained. Expect the menu to feature the likes of baked scallop in the shell with sony butter; roast cod from the North Sea with gnocchi, chanterelles, cockles and clams; and a fish and seafood soup (pictured above) with croutons, comté and rouille made with pungent harissa.

With his guest residency fast approaching, Roy answered some quick questions for us while preparing for his week-long visit to London. 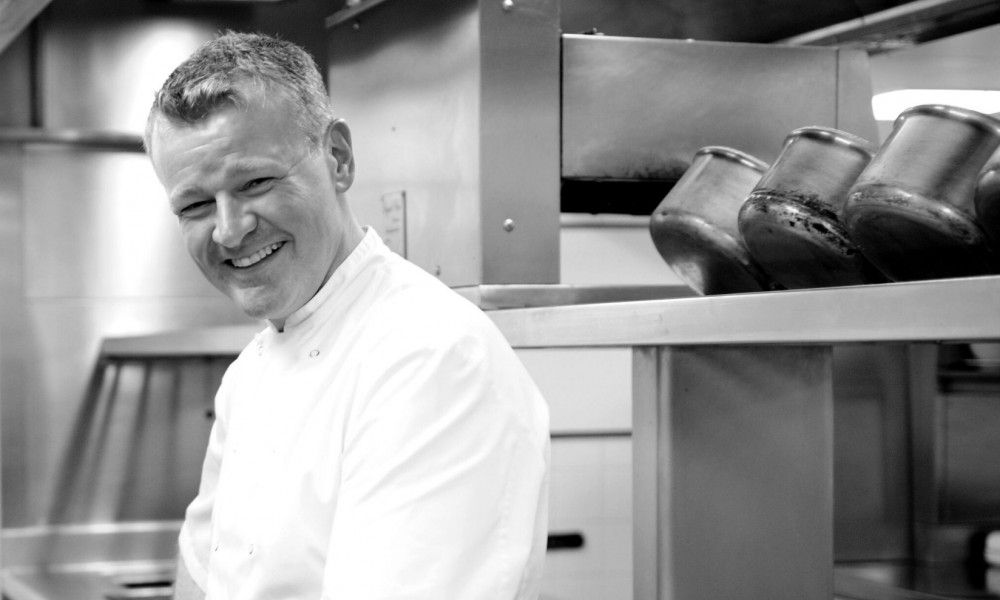 How did you become involved with the Carousel pop-up?

Ollie from Carousel [Chef & Co-founder] came up to Ondine and had lunch early this year, and then invited me down to do a residency as a guest chef. I’m really excited as Carousel, as a concept, is something that I love to do and I’m looking forward to cooking in London.

Have you ever cooked at something like this before?

I’ve done a few pop-ups in the past but nothing this size and for a week. I’ve been to Norway and other places for that length of time but this is the first time I’ll be doing something like this in London. The last time I cooked in London was Eat Play Love and it was amongst other chefs so this is new territory for me.

What can those attending expect from your London residency?

I will essentially be translating what we serve in my restaurant, Ondine, to London. The produce will be from Scotland and the same incredible quality sustainable seafood and shellfish I serve in the restaurant. It was really important to me to bring down not just the menu but Ondine’s quality and ethos as well which is why I chose to bring the seafood down to London. We also don’t over complicate the dishes – I try to keep it as natural as possible and let the food do the talking.

The langoustines being served will be from the Isle of Sky, the diver scallops will be coming from the family run Ethical Shellfish Company from the Isle of Mull and the Cod will be from the North Sea. I’m particularly excited about the scallops as due to the conservation efforts in that area the size and quality has really improved and Guy Grieve who runs the Ethical Shellfish Company is just a master of the sea himself.

When visiting London, where’s your favourite place to eat?

That’s easy, Pollen Street Social. Jason Atherton’s chicken is absolutely sublime, he’s got such talent and yet he’s also so modest about it. I find him and his food really inspiring. I also love to pop into Wright Brothers when I’m down, as well.

Is there anything that Scotland’s dining scene has, which you feel London is missing?

That’s a really tough one. I’d say distance is a big part of it – our lobsters are 15 minutes away from the restaurant and a lot of our catches come from short distance like our langoustines. But London is definitely the heartbeat of the British cooking industry and I trained there so it’ll always have a place in my heart, and it’s therefore influenced what I now bring to my restaurant in Scotland. The two are the same for me.

Roy Brett’s Guest Chef Residency at Carousel will take place from 27th September until 1st October. Tickets for the four course meal are priced at £37.50 and can be purchased from carousel-london.com.