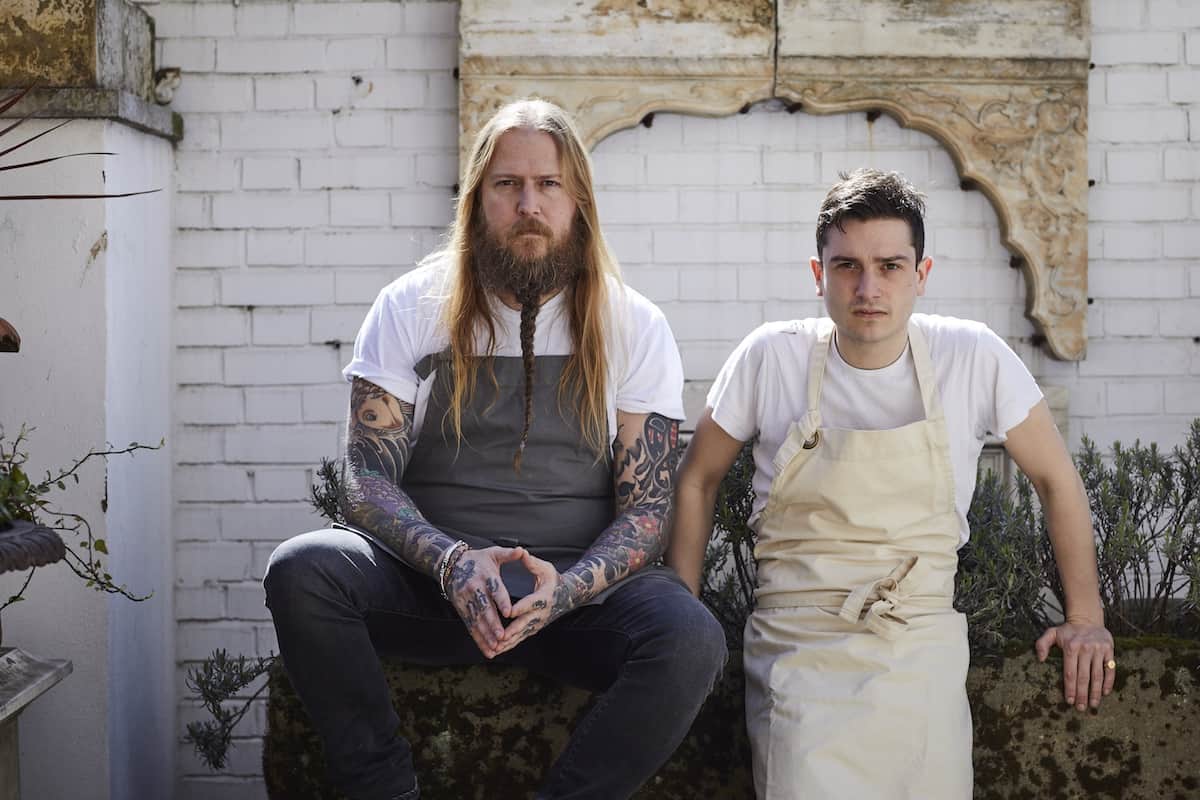 From the team behind Brunswick House and St Leonards – one of last year’s most feted new restaurant openings – Orasay will open in Notting Hill this month. Heavily inspired by the western isles of Scotland, where co-founder Jackson Boxer has spent every summer since he was a small child, the menu here will have a strong emphasis on seafood. Oysters, langoustine, scallops, razor clams, crabs and lobster fresh from the Hebrides will be flown in daily, while the team’s organic farm in West Sussex will supply leaves, vegetables, honey and eggs.

Utilising European techniques to prepare simple, approachable dishes with an emphasis on seasonality, Orasay will boast a 50 seat dining room with an interior scheme focussed on both simplicity and texture. A focussed wine list of around 60 bins will also be served, with wines by the glass and carafe emphasising the use of taps and kegs as a means to preserve the quality of fresh, young wines while striving to minimise the carbon footprint involved in production and transport.

Orasay is set to open in March and can be found at 31 Kensington Park Road, London, W11 2EU.

The main restaurant within Belmond’s first London property, Adam Handling’s new restaurant has been designed with destination diners, hotel guests and locals in mind. Hoping to encapsulate the very ‘Best of British’, the menu at the new 45-cover site will have a prominent sustainable approach – with a focus on championing smaller producers, using the very best seasonal produce – showcasing British fine dining in an informal albeit sophisticated setting, as has been executed tremendously at the chef’s The Frog restaurants.

With a larger menu than those at the chef’s other restaurants, favourites such as cheese doughnuts and ‘Mother’ – a vegetarian dish of celeriac, dates, apple and egg – will be served alongside new dishes such as ‘Highland Wagyu Beef, Braised Onions, Smoked Bone Marrow’; ‘Scottish Scallop Ceviche, Green Tomato’; ‘Lamb Wellington, Carrot, Mint’; and ‘Langoustine, Pink Grapefruit’.

On the launch of Adam Handling Chelsea, Adam Handling said: “This is the biggest opening of my career so far, and I’m so excited to finally invite guests in. I want to celebrate everything that’s so wonderful about British produce, delivered luxuriously in a stunning setting. Sustainability is part of the core ethos of my group, so everything will be sustainable without compromising on quality. At its heart, I want Adam Handling Chelsea to be a neighbourhood restaurant. We want to welcome our regulars and locals back time and time again.”

The latest project from Victor Garvey, the chef and restaurateur behind Catalan restaurant Rambla, in Soho, Barullo will occupy a 64-cover site in the City. Specialising in food from all over Spain, ‘barullo’ is translated as the moment of a party when the host gives up trying to keep order and the fun really ‘kicks off’ – the energy that Garvey is hoping to bring to his new restaurant. Alongside classic tapas dishes, the menu will also include a selection of new dishes such as ‘Kiki Fried Chicken’: Sherry lees-brined chicken dusted in roasted corn nuts, fried with an Alegria pepper chutney; Paella ‘La Masía’ with saffron Calasparra rice, ‘Gambon’ prawns, confit pork belly and tail; and toasted coconut ice cream with sour cherry marmalade and a Pedro Ximenez reduction.

Speaking on the launch of Barullo, Victor Garvey said: “I want a visit to Barullo, however long or short, to feel like taking a trip to Spain; an escape from the daily grind whether that means a leisurely dinner or grabbing some really great lunch to take back to the office.”

Barullo is set to open in March and can be found at 19 Bevis Marks, London, EC3A 7JA.

Lucky Numbers and Horoscopes for today, 7 May 2021