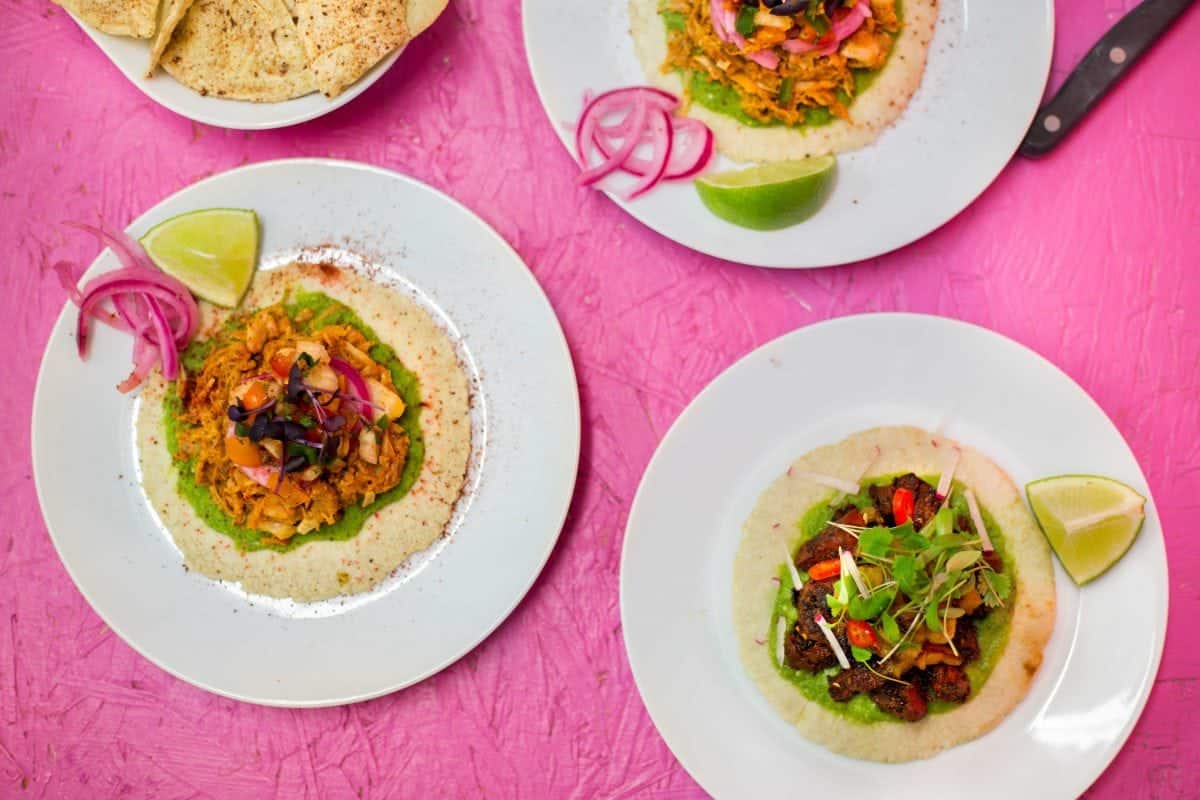 Opening in Hackney next week (Friday 19th January), The Spread Eagle on Homerton High Street is being re-launched with an entirely vegan offering from bar to kitchen, designed as a ‘modern take on a classic East End boozer’. Dishes served from Club Mexicana will draw influence from the street food traders of Mexico and California, designed to accompany ‘beer, friends, music, or a hangover’.

Here, a concise and regularly changing selection of small plates will include the likes of Sopa de tortilla; deep fried ‘cheeze’ with Valentina hot sauce; or loaded ‘cheezy’ nachos. Elsewhere, signature tacos will be filled with ingredients such as Jackfruit Carnitas or Baja ‘Tofish’. Bigger, main course dishes will include ‘California-style Burritos stuffed with Beer Battered Tofish and Chips’ (£8) or the ‘MFC (Mexican Fried Chick’’n) Torta’ with pickles and chipotle mayonnaise (£9). To finish, Club Mexicana’s ‘Death by Taco’ dessert features a deep-fried taco dipped in chocolate, rolled in nuts and stuffed with ice cream, topped with salted caramel sauce.

Speaking on the launch of London’s first 100 per-cent vegan pub, Luke McLoughlin said: “As more and more pubs are closing, it’s a real privilege to be able to bring a new venue to our neighborhood. Granted, we’re doing things a little differently, but it will still be a local pub for the community with good drink, great people and amazing food.”

Club Mexicana Founder Meriel Armitage added: “There’s no precedent for the style of kitchen we’ll be creating at The Spread Eagle – its Mexican, its Californian, its for Friday nights and Sunday mornings, but despite our new surroundings, its still very much Club Mexicana. We can’t wait to get started.”